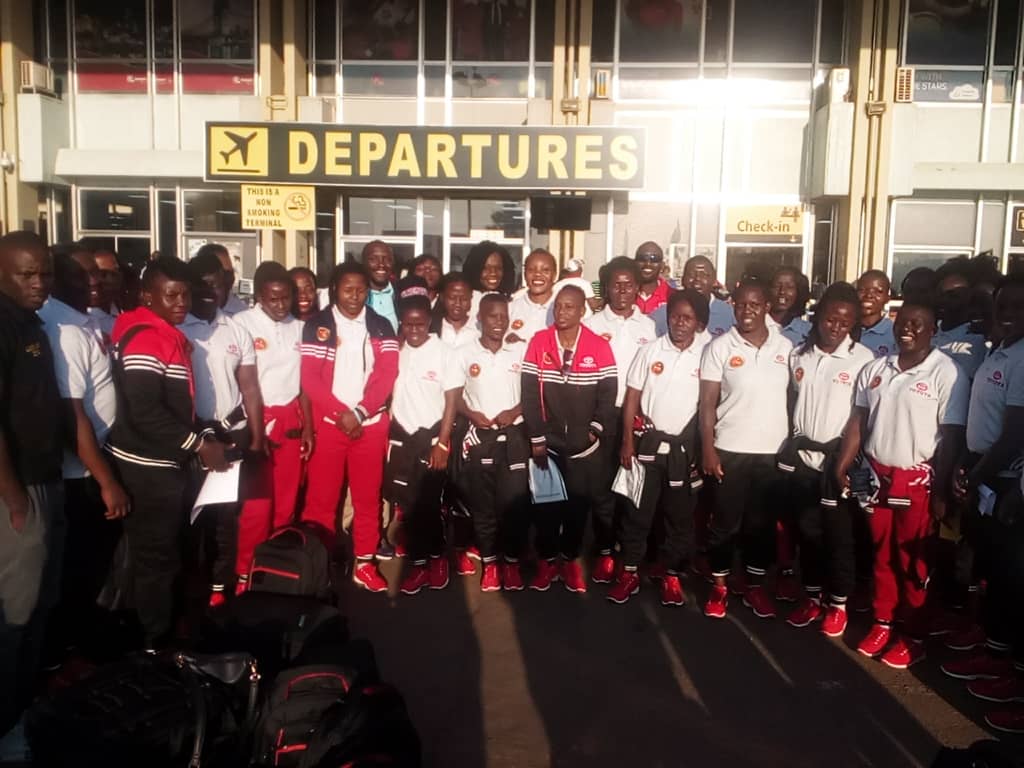 The Uganda Lady Rugby Cranes have on Wednesday morning departed for the Rugby Africa Women’s Cup 2019.

The tournament which will also double as the qualifiers of the World Cup 2021 will be played from August 9th-17th, 2019 in Johannesburg, South Africa.

The team which was also flagged off at Kyadonod Rugby Club on Tuesday consists of 26 players and will be captained by Winnie Atyang.

Speaking before departure, assistant coach Leonard Rwitare explained how the players were picked.

“The camp has been really good and the mood there has been positive, Rwaitare stated.

“The players were picked on skill set, experience and availability.”

At the tournament which starts this Friday, Uganda will tussle it out with three other nations including hosts South Africa, East African rivals Kenya and Madagascar.

Uganda earned their ticket via the basis of the level and frequency of play of the female players.

However, the Lady Rugby Cranes have only played two competitive games in over 5 years, highlighting the gulf between the men’s and women’s game on the continent.

Uganda’s two build-up games came against Kenya in the Elgon Cup, which they lost 19-79 over two legs.

Rwitare narrates that the Elgon Cup result is a wrong litmus paper to judge the Lady Cranes charges but better still they benefited the most from it.

“We achieved from the Elgon Cup despite the result not going our way.

“The team was exposed to what is ahead of them.

“We can now beat Kenya in a main tournament.  Rwitare added.”

The Rugby Africa Women’s Cup will be played on round-robin format and the winner will qualify directly for the World Cup while the runners up will play a match against a selected team from South America and join the global repechage tournament if victorious.

On Friday, Uganda will play their first game against hosts South Africa, then face Kenya on Tuesday and wrap up the tournament against Madagascar next Saturday.