MASAKA – Bright Stars captain Nelson Ssenkatuka missed the only penalty in the shoot outs as Proline clinched a first ever Uganda Cup crown on Saturday, May 25th-2019.

The first chance of the game came on the half hour mark as Bright Stars midfielder Jamil Kalisa made a brilliant run through the middle but shot over after an excellent inter-play with Brian Kayanja at the edge of the box. 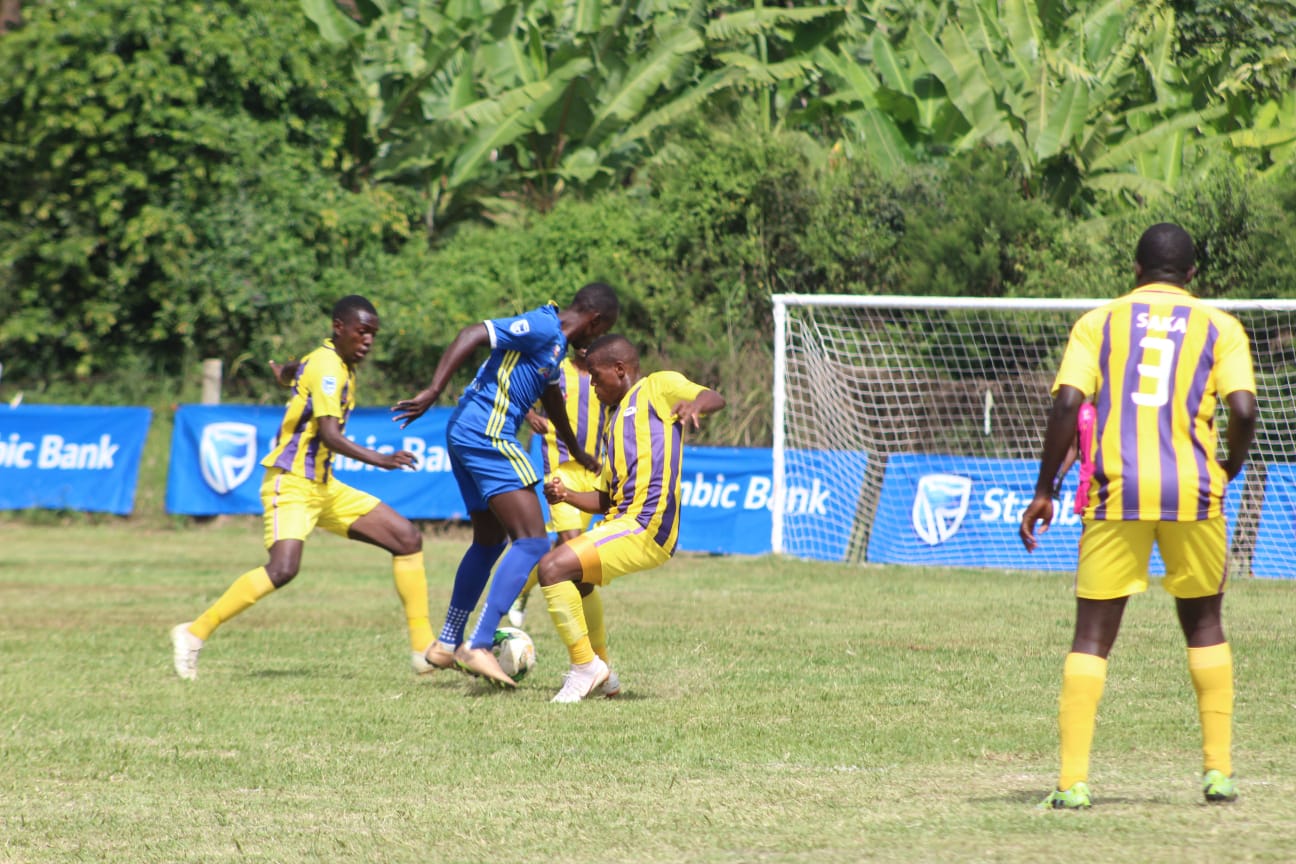 Two minutes later, Saka Mpima became the first player to be booked after a foul on Ssenkatuka.

Moments later, Ssenkatuka broke through and found himself one on one with Proline custodian Hassan Matovu. The youthful shot stopper stood big and was on hand to deflect Ssenkatuka’s left-footed strike out for a corner.

With three minutes to play in the first half, Kirya was booked for fouling Proline midfielder Hakim Ssekito.

At the end of the first 45 minutes, Bright Stars were in control of proceeding with only a goal lacking in their play.

Two minutes after the recess, Kalisa played in Ssenkatuka who was tripped in the area. With no whistle from referee Ali Sabira, the forward picked himself up and forced a save from Matovu.

On 53 minutes, Proline Captain Nordin Bunjo robbed Farook Katongole of the ball inside the Bright Stars’ area but shot straight at Hamza Muwonge who held onto the effort at the first time of asking.

Three minutes later, Ssenkatuka was finally paid for his efforts as he curled a free kick past Matovu following a foul on Kayanja just outside Proline’s area.

Proline who had struggled throughout the game looked dejected and were still failing to create anything meaningful in-terms of chances.

Their best chance of the game came on 70 minutes when Hakim Sendi pounced on a loose ball following a Bright Anukani corner kick but Muwonge produced an exceptional reflex save to push the ball out for another fruitless corner.

With 9 minutes to play, Proline were handed a lifeline as Kirya was sent off following a second booking.

On 89 minutes, substitute Hakim Kiwanuka made a powerful run down the left, beat two defenders including Farook Katongole who handled the ball inside his penalty area. Sabira pointed to the spot enabling Mujuzi to level the scores at 1-1 and sent the final into sudden death.

For Bright Stars, Katongole, Sam ssekito, Rajab Kakoza and Mathadious Jungu converted but Ssenkatuka had his kick saved by Matovu to hand Proline the trophy.

The title is Proline’s second in 7 days, having won the FUFA Big League crown last Saturday.

Proline thus become the first lower division side to win the Uganda Cup.