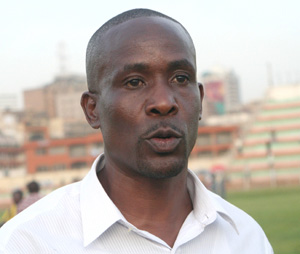 LUGOGO – The Uganda Cranes COSAFA squad is expected to depart for the final tournament on Wednesday, May 29th. (PHOTOS/FILE)

On Tuesday, the team which is under the guidance of Police FC tactician Abdallah Mubiru held another training session at the StarTimes Stadium in Lugogo.

After the session, Mubiru expressed his delight that the players were responding well to training and claimed they are all ready to thrive in the COSAFA tournament.

“The response by the players is very positive and it is encouraging to the side of the coach. Said Mubiru.

“Everyone of the players is striving to give their best in training and they are showing that they are ready to out compete opponents come the first match day.

“Today (Tuesday), we mainly concentrated on transition and focused on how we respond when we lose possession, transiting from attacking to defending and vice versa. Continued the Police FC head coach.

“Am happy that everyone is beginning to understand what needs to be done when playing which is very positive.

When asked whether he is happy with the set of players he currently has in camp, Mubiru was quick to say that, he believes they are the best players he could have worked with at the moment.

“This is the best team we can select at the moment and i can assure that we do not have any regrets over the players who are in the team.

“I have full confidence in the boys and like i said earlier, they are all committed to the cause.

Uganda was invited to take part in the 2019 COSAFA Cup as guests. They will start at the quarter final stage and will take on Lesotho for a place in the last four.

Asked about the opposition, Mubiru, a former KCCA FC and Vipers SC tactician had this to say;

“All teams in COSAFA understand how to play the game in its three phases.

“I have watched up to 7 games in the competition so far and I am yet to learn of any outstanding players in their squads so that is encouraging for us.

The COSAFA 2019 kicked off on the 25th of this match. Uganda will play their first match, one of the four quarter finals on Saturday, June 1st, at the Princess Magogo Stadiam.