KAMPALA – SC Villa had a trying season, last, spending most of it close to the relegation zone.

The 16 time record League champions had to wait until the second-last Match-Day of the season to ensure that they will stay in the top flight for at least another season.

Throughout the season, Villa has not been stable on and off the pitch, using three managers during the 7-8 month period.

Moses Basena who started the season at the helm was fired in November and replaced by Douglas Bamweyana who was in charge until Match-Day 29.

The former Express FC tactician was also shown the exit door and replaced with assistant Simon Mugerwa, for the last game against Nyamityobora.

Barely a week after the League ended, former Villa president Bem Misagga has come out and called for reconciliation.

“SC Villa lets seat together as a family, plan for our Club,” Misagga said in a tweet.

“No individual can take on Villa alone but we can do it together, am ready to work with anyone to uplift our Club Villa.

“We cannot allow our club to be a laughing stock. It’s the time now, irrespective of our differences.

Misagga was forced out of Villa last year, months after seeing them finish third in the League and also reach the semifinals of the Cup.

He then took over Nyamityobora but as a fan of Villa, it looks like his heart is still with the Jogoos.

He has been accused by a section of Villa fans of throwing the club into problems they went through last season and it remains to be seen how such a reconciliatory message will be treated.

However, the move to reconcile is expected to be welcome by thousands of Jogoos fans who seek to see the club regain its long lost glory. 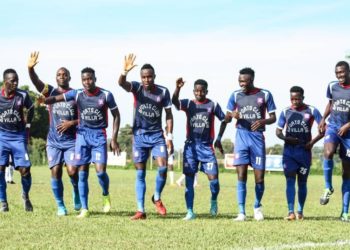