The Black and Yellows underlined their growing title credentials by bagging maximum points against an RB Leipzig side that had previously been unbeaten at home.

The 1-0 victory in Leipzig maintained Dortmund’s record of scoring in all but one game this season. Saturday’s opponents Hannover may be the German top flight’s tail enders but they are the only team to stop Lucien Favre’s trailblazers from scoring this campaign. The two sides played out a goalless stalemate earlier this season.

Favre has an embarrassment of talent available for selection. Having been content with second half cameos at Leipzig, Chelsea bound US international Christian Pulisic and Spanish goal machine Paco Alcacer are both pushing for starts.

At the Allianz Arena, record six-time defending champions Bayern Munich will be targeting all three points against abject Stuttgart.

The Bavarians are in fine fettle and played their best forty five minutes of football this season in dismantling Julian Nagelsmann’s Hoffenheim last Friday.

The division’s most devastatingly effective marksman Robert Lewandowski is licking his lips at the prospect of bludgeoning a Stuttgart side that let in three at home to lowly Mainz.

Klaus Dieter Herking’s Borussia Moenchengladbach meanwhile defend third place at home to tricky Augsburg. 1970s behemoths Gladbach posted their best opening half to a season in decades but still trail leaders Dortmund by nine points. Given their almost impregnable home record, they are strong favourites to topple an Augsburg outfit strong on perspiration but weak on perspiration.

Other appetising match ups to watch out for include the visit of Eintracht Frankfurt to Werder Bremen, Wolfsburg’s clash with Bayer Leverkusen at the Volkswagen Arena and Hertha Berlin’s collision with last season’s deputy champions Schalke at the Olympic Stadium. 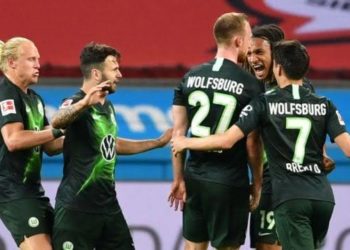 BUNDESLIGA: Wolfsburg out to complete double over poor Frankfurt 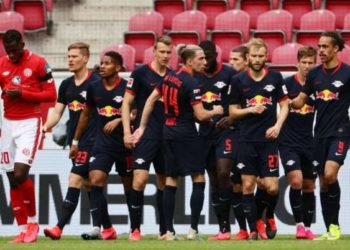