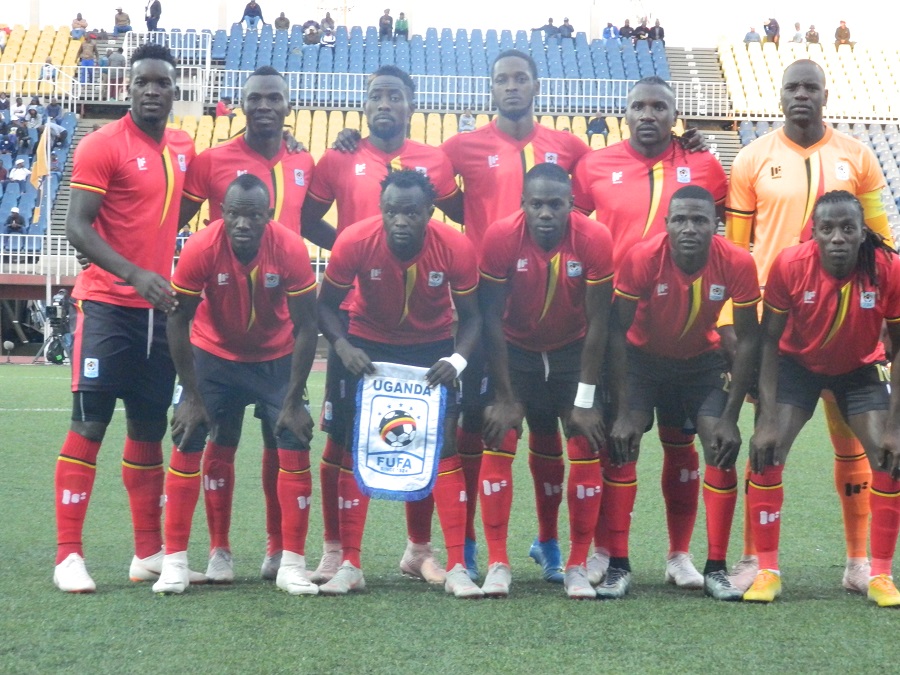 The Uganda Cranes registered their third victory in the 2019 AFCON qualifiers thanks to a 2-0 triumph over Lesotho in Maseru on Tuesday evening. The Victory means that Sebastian Desabre’s men now need just a point to ensure they make a second consecutive appearance at African football show piece.

Farouk Miya scored twice in the first half to send Uganda on 10 points and this is how each player performed on a scale of 1-10.

Denis Onyango 7.0: A side from a potential hauler in the first half when the Cranes captain lazily controlled a routine back pass from Denis Iguma, Onyango was at his absolute best as he collected all that Lesotho tried to through at Uganda especially in the second half.

Nicholas Wadada 5.5: The ever reliable Wadada did not have a wonderful night as he kept on losing possession and giving away needless fouls but still provided an alternative route out for the Cranes whenever they were on the back foot. The pitch may have not have done him any favours but i can confidently say he will play better in the next game like he always does.

Godfrey Walusimbi 6.5: Had a decent first half as he confidently made dash after dash into the opposition half but faded as the game wore on.

Murushid Jjuuko 6.0: The returning Jjuuko was very fortunate not to give away a second half penalty after he clumsily took out Masoabi Nkoto inside the area. Did not look to be at his absolute best but clearly took care of business when ever need arose.

Hassan Wasswa 6.0: He started the game slowly but grew into it as it wore on. Solid and composed as ever and registered a fourth clean sheet of the campaign.

Khalid Aucho 7.0: After a very long day against the skillful Tumelp Khutlang on Saturday, the ever reliable Aucho came into Tuesday night’s encounter having done his home work properly and barely gave the Lesotho play maker any room for operation this time round. A side from the late booking, he had a magnificent display.

Denis Iguma 7.5: I don’t know when i will ever stop enjoying seeing Denis Iguma in the holding midfield role. Calm, neat, composed and energetic, he was at it again as he produced another scintillating display on Tuesday.

Allan Kateregga 6.5: Not a perfect debut but clearly not one to just throw out the window. Took care of his defensive responsibilities when need arose and also set up Miya for the opener. Did he deserve more minutes on the pitch? Clearly Desabre didn’t think so.

Farooq Miya 8.5: Top top top notch performance from the Cranes fans’ favourite. Two goals with the second being a text book beauty off the underside of the bar. Got tired as the game progressed but his influence on proceedings could not be compared to anyone else’s.

Emmanuel Okwi 5.0: Okwi couldn’t replicate Saturday’s heroics and looked frustrated for most of the game, ended up picking a silly booking which rules him out of the next game.

Patrick Kaddu 4.5: The KCCA FC forward looked a lost sheep all night as he failed to impact the general play what so ever.

Moses Waiswa 5.0: Came on late and failed to impact the game like he has been doing in the last two.

Isaac Muleme 5.5: Replaced Kateregga and took time to find his feet but as the game progressed, he made some telling contributions

Edirisa Lubega N/A. Came on two minutes to the end and touched the ball only once.