Real, Barca out to maintain 100% record as La Liga continues 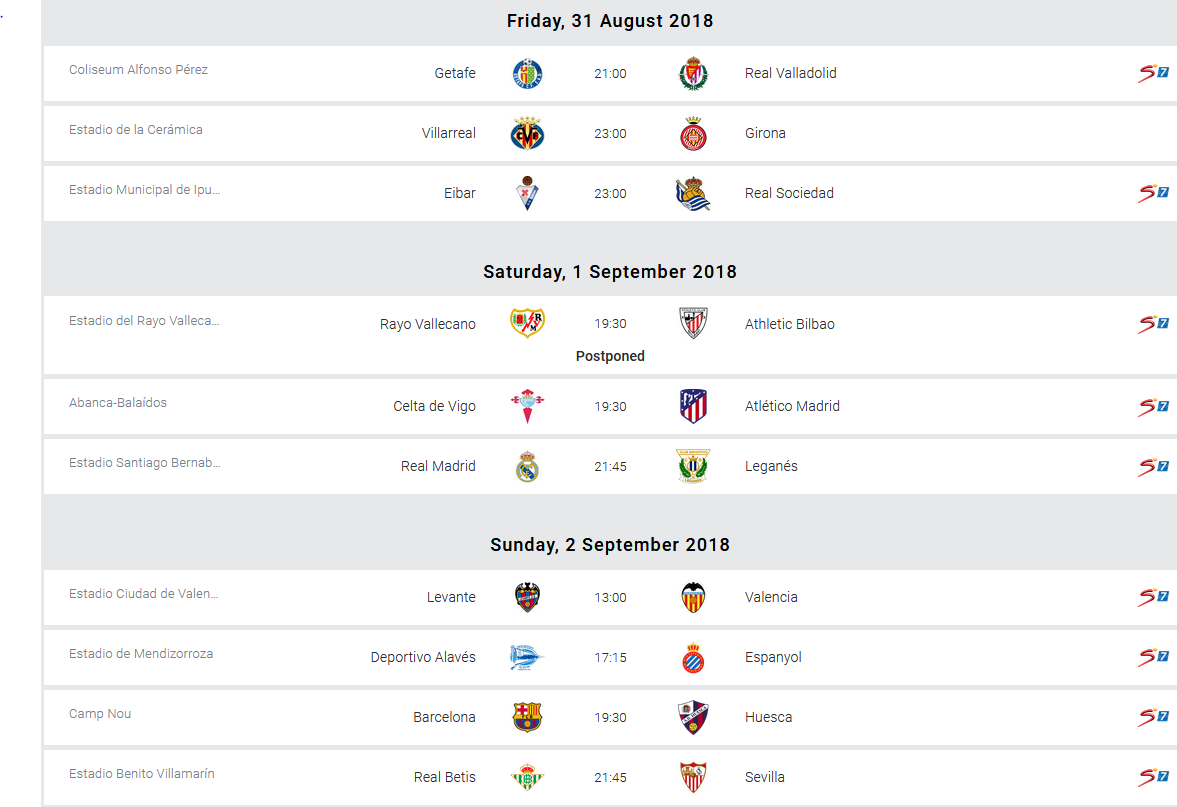 World Cup Golden Glove winner Thibaut Courtois is to be the centre of attention at the Santiago Bernabeu when record Liga Santander winners Real Madrid welcome lowly Leganes on Saturday. Former Atletico Madrid keeper  Courtois was expected to slot straight into the starting lineup following his protracted transfer from Chelsea.

Three games into the season, he is yet to taste competitive action and finds himself playing second fiddle to Keylor Navas. The Costa Rican has won three Champions League titles with Los Blancos and is a highly popular figure at the club whose fans have made their preference known in a public vote.

For all their recent success in Europe, since the turn of the century Real have underachieved in Primera Liga. Their solitary success during the last decade came in 2017 under French coach Zinedine Zidane, who has since taken a sabbatical from the game. Nevertheless, a solid start has seen one of the world’s greatest clubs seize the driving seat with comfortable victories over Getafe (2-0) and Girona.

The form of record signing Gareth Bale is a source of comfort to Madrid aficionados whose nerves were frayed by Cristiano Ronaldo’s £100m departure to Juventus. Bale has been among the goals in both matches to date and he is once again expected to lead the line along with Marco Asensio and Karim Benzema.

Elsewhere, defending champions Barcelona aim to maintain their one hundred percent start to the campaign when they welcome Huesca. The newcomers are no pushovers, as seen on Monday night when they held nine-time champions Athletic Bilbao 2-2 at the Estadio San Mames.

In the pick of the matches, Real Betis clash with city rivals Seville at the Estadio Benito Villamarin, hoping to build on last weekend’s goalless draw at Alaves. Betis 37-year-old winger Joachim Sanchez and Seville’s Lucas Muriel are among players to watch out for.