Another high profile athlete from Kenya has been suspended after testing positive for banned narcotics, the Athlete Integrity Unit (AIU) has announced.

According to the AIU, which is an IAAF unit charged to monitor doping among the athletes, former Commonwealth Games champion Lucy Wangui Kabuu, 34, who has run under the two hours and 20 minutes in marathon, is provisionally suspended after testing positive for banned narcotic morphine.

“A provisional suspension is when an athlete or other person is suspended temporarily from participating in any competition or activity in athletics prior to a final decision at a hearing conducted under the IAAF Anti-Doping Rules or the Integrity Code of Conduct,” said the AIU statement on Saturday.

This came just days after AIU suspended another Kenyan sprinter Boniface Mweresa for failing a doping test in June and was hence dropped from Kenya’s team to the Africa Championships, which are currently going on in Asaba, Nigeria.

Multiple world 1,500m champion Asbel Kiprop is also suspended after his sample B tested positive to EPO and he is waiting for the final verdict from the World Anti-Doping Agency (WADA).

According to the AIU, Kabuu’s suspension takes effect on Aug. 1 after her blood samples showed presence of morphine, a prohibited substance under Article 2.1 of the anti-doping rules.

“The AIU has issued a notice of charge against Lucy Kabuu for a violation of Article 2.1 of the Anti-Doping Rules. The Kenyan marathon runner has been provisionally suspended from all competition,” AIU statement read in part.

Kabuu, the 2006 Commonwealth Games champion, returned to action this year after a prolonged season out and won the Milano Marathon in April.

Alongside Kabuu and Kiprop, other athletes suspended by AIU pending the conclusion of their cases include Hilary Kepkosgei Yego and Bahraini Ruth Jebet, who train and lives in Kenya.

“In doping cases, a provisional suspension is mandatory under the IAAF Anti-Doping Rules following an adverse analytical finding for any non-specified substance on the Prohibited List,” added AIU.

Kenya has dominated the middle and long distance races but its athletes have suffered more with over 50 having failed doping tests in the past six years.

IAAF has since placed Kenya, Ethiopia, Belarus and Ukraine under class one category for countries whose athletes are most likely to dope.

Now all Kenyan athletes going for international competition will be tested three times in the 10 months prior to world championships and Olympics. 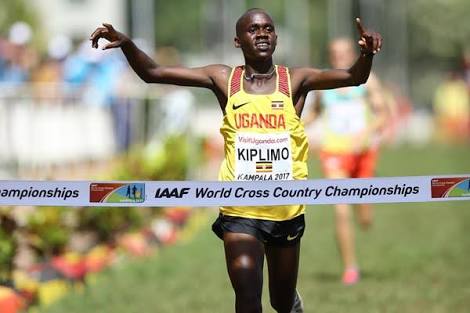