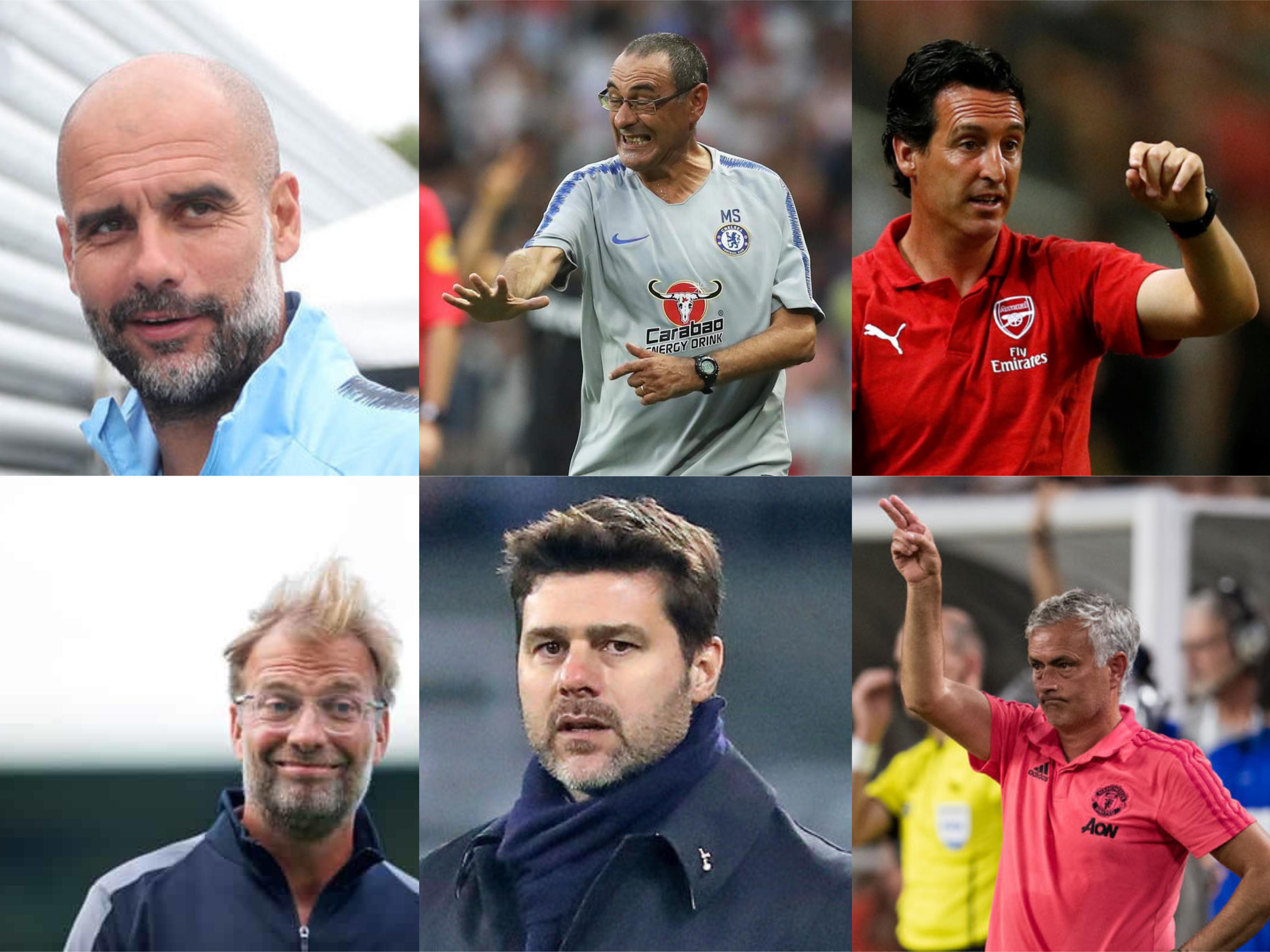 1- Manchester City: I have seen nothing to suggest champions City are going to slow down. Algerian wing wizard Riyad Mahrez’s arrival from Leicester City increases manager Josep Guardiola’s attacking options. Yaya Toure is the only significant departure, but he wasn’t a mainstay.

Although I don’t expect City to break the 100 point barrier like last season, their young squad has matured enough to be able to outlast their rivals.

No other Premier League side is capable of beating a Guardiola coached team that often. The recruitment of Alisson Becker, Nabil Keita, Xherdhan Shaqiri and Fabinho means they will cope with run of the mill opponents better. A top two finish portends.

Otherwise, the negative vibes coming out of Old Trafford and Mourinho point to a season of difficulty. I really can’t see United in the title picture.

4- Chelsea: I am positively surprised by how quickly Maurizio Sarri’s FA Cup winners are adopting to his stylish approach.

Sarri’s main problem is mounting speculation over star trio Eden Hazard, Thibaut Courtois and Ngolo Kante. Should any of them leave, the Londoners will be cooked.

Playing Europa League football on Thursday nights will further complicate their title challenge. In the circumstances, fourth place would represent a successful season.

5- Tottenham Hotspur: White Hart Lane supremo Mauricio Pochettino is under pressure to deliver silverware of some description to augment Spurs’ progress during his three-year tenure.

Operating under a strict wage structure is a serious impediment to Pochettino’s long term vision. For how long can Spurs hold onto Harry Kane, Dele Alli, Kieran Trippier and Danny Rose when they are aware England colleagues at title rivals earn twice or thrice as much?

6- Arsenal: £8m pound signing Matteo Guendouzi is proof transfer bargains still exist in today’s inflated market. Ugandan Arsenal fans haven’t been as excited about a signing for some time. Guendouzi’s partnership with Torreira is certain to add midfield steel to Arsenal’s soft underbelly but success in manager Unai Emery’s speciality – cup competitions – is the likeliest route to silverware this year.