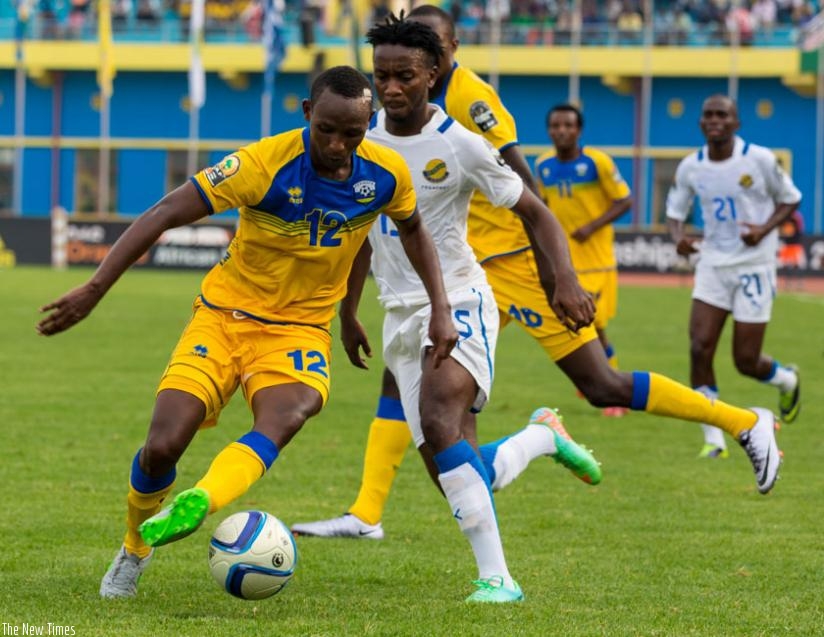 FOOTBALL– When Uganda Cranes crosses paths with Amavubi Stars of Rwanda it isn’t just a derby by any other name but a deep rivalry a rivalry rooted in a complex mix of politics and national identify the two countries share.

Uganda host Rwanda in the first leg of the 2018 CHAN qualifier (second round) on Saturday at St Mary’s Stadium with both prestige and a coveted ticket to next years’ CHAN finals  at stake.

And the affair doesn’t go much further than a few days of wind-ups in the build-up to the game where every word and preparation plan from either camps is treated with keen interest.

Upon their arrival at Entebbe International Airport Thursday, Amavubi head coach Antoine Hey left no doubt about his intentions to return to southern border of the county with “positive result”.
“The first target ahead of the first leg here is to get a positive result and have a comfortable game at home,” Hey said.
“We had two difficult games against Tanzania in the first round but we managed to advance all the same.”
The 25-man contingent that touched down on at Entebbe Thursday morning was comprised of  19 players and six officials, and will be accommodated at the serenely confines of Imperial Hotel in Entebbe just a forty minutes drive to Kitende where the game is to be played.
Rwanda’s buoyant mood likely stems from their 2-1 friendly victory over Sudan.
In his post-match remarks, Hey said that the game “has given us a clear picture of kind of players to use for the Uganda game and we hope the experience picked here will be beneficial against Uganda.”
Uganda Cranes, for their part, drew 2-2 against visiting Tanzanian side Azam FC on Tuesday in a rain-interrupted encounter that marked Moses Basena’s and Fred Kajoba’s first competitive assignment since being appointed on interim basis.
The two sides will meet again a week later in Rwanda , and the winner on aggregate will advance to the finals of the 2018 Chan Tournament in Kenya.
In case Uganda overcomes the Rwandan hurdle over the two legs, Cranes will appear at Chan finals for the fourth successive attempt following appearances in 2012 in Sudan, 2014 in South Africa and 2016 in Rwanda.
RWANDA FULL SQUAD:
Goalkeepers: Marcel Nzarora (Police FC), Eric ‘Bakame’ Ndayishimiye (Rayon Sports) and Yves Kimenyi (APR FC)
Defenders: Aimable Nsabimana (APR), AngeMutsinzi (Rayon Sports), Thierry Manzi (Rayon Sports), Aimable Rucogoza (Bugesera FC), Soter Kayumba, Ratif Bishira (AS Kigali), Emmanuel Imanishimwe (APR), Saddam Nyandwi (Rayon Sports), Jean Marie Muvandimwe (Police) and Eric Iradukunda (AS Kigali).
Midfielders: Imran Nshimiyimana (APR), Djihad Bizimana (APR), Yanick Mukunzi (APR) and Oliver Niyonzima (Rayon Sports).
Forwards: Innocent Nshuti (APR), Barnabé Mubumbyi,Dominique Savio Nshuti (AS Kigali),Christopher Biramahire (Police FC) and Kevin Muhire (Rayon Sports).