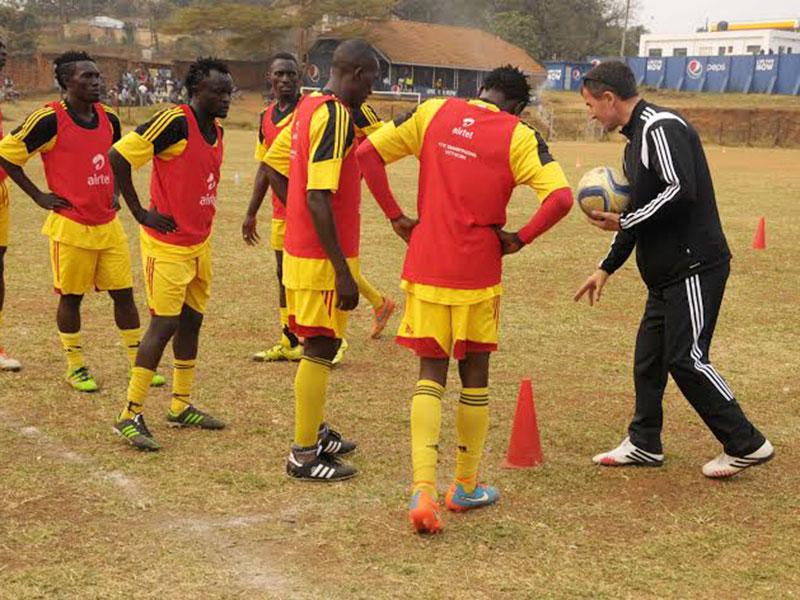 FOOTBALL – Uganda Cranes1-0 defeat at the hands of Western Select side in the Cranes Namutima regional tour in Kabale last Saturday was a reality check to Multin “Micho” Sredojovic. The Serbian claimed to have taken positives from the Kabale loss but it was pertinent for him to keenly assess his squad options with the trip to Juba to face-off with South Sudan in the 2018 CHAN Qualifier on Friday around the corner.

Training resumed on Monday at Namboole National Stadium with morning and evening sessions following a break off on Sunday as 26 players were put through their paces.

Micho had initially dropped five players from the squad that travelled to Kabale (Simon Sserunkuma Julius Malingumu Solomon Okwalinga, Erisa Ssekisambu and Methodius Bassey)  and subsequently, in efforts to hedge his bets, summoned more seven KCCA players, who were initially overlooked because of their CAF Confederations Cup obligations.

Micho is expected to trim down the squad to 18 travelling party in the coming days.

Veteran Striker Geoffrey Sserunkuma will be the man on whose bicep the armband will rest for the entire qualifying 2018 CHAN campaign.  Cranes Coach Micho earmarked the KCCA striker who will assisted by Vipers captain Nicholas Wadada and SC Villa’s Bernard Muwanga

Uganda will be away for the first leg against South Sudan this Friday. The return leg will be played on July 22 at Lugogo in Kampala.