RICHARD OMONGOLE: Bank of Uganda will kill the Ugandan economy after coronavirus

Textbook economics based on purely western perceptions of how African economies should run. Most of the countries in the West have released billions and trillions of dollars directly to SMEs , manufacturers, agriculture, businesses, airlines , hotels etc to quickly revive their economies but us who are copying the capitalist West are copying very poorly .

For the last 30 years of my adult life, I have heard, read and known Bank of Uganda to spend a lot of millions or even billions of dollars in stabilizing exchange rates but Wapi! The shilling keeps running upwards towards heaven .

In 1979, during the worst economic times in the country, the shilling was about 7(seven) shillings to a dollar largely because of the large agricultural exports from coffee, cotton, tea etc.

IN 1987 came in the currency reform and again the shilling was put at about 7 (seven) shillings to a dollar . The shilling started sliding back because of lack of export earnings to support it. In fact the country went into high speed replacing even the little exports with total import lead economy as all industries, agricultural exports collapsed.

Bank of Uganda embarked on the so called exchange rate stabilization. But like they say; doing the same thing so many times and expecting different results. Today , the shilling to dollar is 3900 shillings to one dollar, nearly 1000% devaluation of the shilling.

Now with coronavirus lockdown devastating the economy, bank of Uganda runs to its supervisor, the IMF and borrows nearly $ 500m to stabilize exchange rates. Gosh! Damn this kind of economics! As a farmer whose poultry farm has suffered heavily due to coronavirus effects, I listened to the president bragging about recapitalizing UDB and got some relief that many of us the farmers and all those playing part both in employment sector and direct economic contribution would run to UDB and borrow to directly stimulate the economy or so we thought.

The theoretical economist at bank of Uganda had different ideas! The country is crying for an economic stimulus that will spur agricultural exports and agro based industries to bring in the much desired forex but bank of Uganda economists think first exhausting the forex reserves and now borrow to stabilize exchange rates is best way to rejuvenate the collapsing economy?

Now I actually believe the Bunyoro or Tooro cassava farmer called Isingoma. Around 2009 or 2010, bank of Uganda sent me an invitation to attend a workshop – of course IMF/ world bank facilitated, at Munyonyo. The workshop was largely for farmers and banks. Many of us poultry and crop farmers attended as bank of Uganda / world bank were looking for ways to increase agricultural funding.

At the group stage discussions, a white man from probably the world bank kept moving around groups and telling us to come up with an idea of small cluster farming groups of five farmers allover the country so as to spur commercial agriculture.

Mr Isingoma, a farmer in the west region who had over 500 acres of cassava and selling cassava cuttings to South Sudan, aside , as we sipped the tea and coffee provided, told me, “these guys at bank of Uganda and world bank seem to know nothing about agriculture and its importance to the Ugandan economy ” he wondered how him, such a large scale farmer who should be supported with mechanization is now being told to go down and look for other four farmers to cluster and get some little assistance as if he was a subsistence farmer.
He struck down the idea and so did most of the participants.

Isingoma also told how agricultural extension officer of his area who had never visited his massive cassava farm but who had heard a lot about it came looking for him. He finds some one whose land rover had broken down. He stops to ask for directions to Isingoma’s farm. The person whose Land Rover had broken down was Isingoma himself.

To him that kind of ignorance of an official meant to provide him with agricultural extension services defined the problems agriculture was facing in the country like bank of Uganda going to farmers with complete lack of the reality.

He told me how agricultural officials were all running to his farm to book cassava cuttings but unfortunately both the cassava in the ground and cuttings had been paid up front by south Sudanese.

Bank of Uganda and world/IMF went back from the Munyonyo Workshop without getting the farmers to support their very unrealistic solution to commercialize agriculture and provide it the most needed credit. They came with their preconceived ideas and hardly took the real experiences and proposals from us the farmers.

In the same workshop, one Ugandan and Victoria Ssekitoleko , who were from the FAO regional headquarters for East and Southern Africa castigated the bank of Uganda and government for ignoring agriculture in the country in accordance with the Maputo Declaration that hoped that governments in Africa would put 15% off their national budgets to agriculture. The FAO officials accused bank of Uganda and government for loving talk shops that promise a lot to agriculture. But doing nothing in the end. I remember telling the Ugandan gentleman who was highly placed at FAO that I wished he was my uncle! The whole hall laughed and during the break only remembered me for that and not my pleas for agricultural funding.

Bank of Uganda , after a number of similar workshops decided to give some money to the banks to lend to farmers. Unfortunately, as I have always told bank of Uganda officials on such workshops and agricultural shows in Namboole stadium, the money in the banks is largely lent by the banks to Indians who borrow it to buy agricultural equipment from India and other Asian countries at low prices, come to Uganda and enjoy tax free importation of agricultural tools but sell them to Ugandans at 5 -10 the cost price.

The banks fear lending the money to Ugandans who don’t have good cash flows as farmers or outrightly lack titled securities.

Last year at Namboole again I raised the matter with bank of Uganda officials. This time I met my old friend, Mr kizito , the BOU PRO who gave me his card and assured me that i call him if I encountered problems with agricultural facility at the banks. When I moved to DFCU bank stall , a young man marketing the Dfcu bank facilities seemed to prefer to market their commercial and salary loans. We had a discussion on the agricultural facility but he confirmed my usual fees, The facility is available to largely importers of agricultural tools, in fact traders of agricultural tools with good cash flows who are largely Asian and Chinese traders.

Believing that the facility is really meant to benefit the ordinary farmer, who needed cheap credit at 10% and not the high commercial rate of between 30- 60% depending on whether you are borrowing from bank or micro finance, I approached UDB for the cheap agricultural credit to buy chicken layer cages, milling and feed mixing machines and a truck for ease of transport at my farm. A proposal was done , evaluations and field visits and I even got assurances that the proposal and the project were all ok. I waited for a call to sign the loan contract but non come.

Later I met a friend who had gone throw the same but was given very little of what he asked. He told me , my brother , forget UDB has no money. When I mentioned that to UDB officials, the lady looked down and had no answer. I knew my friend was right. It took UDB over three months to give me an answer. The officials fast told me they were waiting for more government funding or further capitalization before finally telling me , man first try and do it yourself, we will come in later.

Yesterday in the papers I saw UDB extract of financial statements and phew! the national development bank had total assets of 486 billion shillings, roughly $130m . It had made a profit of about 10bn roughly $3m . I laughed instead of crying for uganda. The national development bank has dollars 130 million as total assets? How will that bank spur development? That is what one or two serious factories or export oriented agro – industrial farmer needs to produce, add value and export , the mayonnaise from eggs. In fact that’s not even the worth of one of the many football players in Europe, yet total assets of a bank meant to fund development in the country is not even equated to that of David Beckham.

So when the same papers had bank of Uganda officials explaining that the $491m was to cushion the shilling and not to seriously recapitalize UDB for post coronavirus recovery, I knew the country was simply heading back to its usual Rhetoric of agricultural commercialization as the theoretical economist at bank of Uganda regurgitate textbook theories with IMF / world bank dose .

These are my views as a Ugandan farmer and a lawyer suffering loses during the lockdown not as an economist. 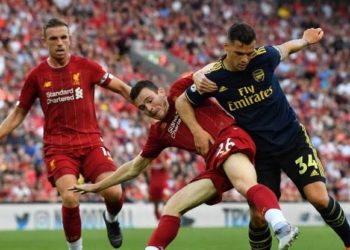