‘Frightened by wild Trump, America calls out to Obama’ 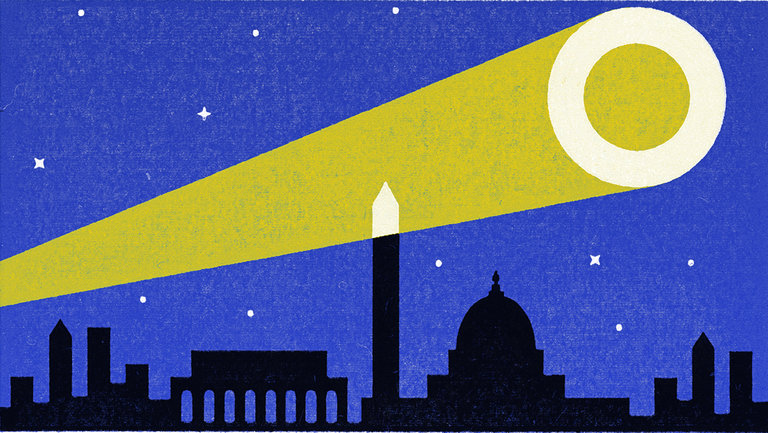 I appreciate the instinct to hold back to follow the keep-quiet-about-the-new-guy tradition of former presidents. But these are not traditional times. They are unprecedented, and frankly, unpresidential.

You deserve a break, but we are out here in this handbasket. There has been a press secretary hiding among bushes, an F.B.I. director who learned from television reports that he had been fired and Russians laughing in the Oval Office. Something called “the Mooch” happened for about 10 days, and back in May a man body slammed a reporter and then got elected to Congress.

Days ago, a tiki torch maker had to issue a serious political statement disavowing white supremacists. Somehow this is happening in The New York Times, not The Onion. All of which gives me the hopeful audacity to beg you once more unto the breach, to help unpack this madness.

You have held the highest office in the land for the maximum time it can be occupied. You are an expert on constitutional law and an embodiment of the ideals expounded by the so-called American dream.

Mr. Obama, you are the president who got up and sang “Amazing Grace” after the Charleston, S.C., killings. You are the president who shed tears in public after Sandy Hook. Now we are a country troubled by the looming possibility of a constitutional crisis, and hate groups are claiming the president as theirs. We need your voice. There is not a saner, more trustworthy opinion that many of us would rather hear.

Trump is working hard to undo all of the good things Obama managed to do (in the case of Agency takedowns, massively succeeding), and also…

I recognise and respect your deliberate approach to navigating these fraught times, but this relentless subtlety has become wearisome. Mr. Obama, now is not the time to follow the keep-quiet rules while the new administration plays moral equivocator to a much aghast nation.

It’s time for you to come back.

I love that, after you posted on Twitter about the violence in Charlottesville, Va., you set a record for the most-liked tweet. But my joy at the news of your weighing in was complicated by your using a quotation, even one from Nelson Mandela. I looked to you for your good words. I’ll keep waiting because I know they will be worth it. But where are they?

In April, you spoke to students at the University of Chicago and identified your post-presidential calling to help “prepare the next generation of leadership to take up the baton” as “the single most important thing I can do.” I entirely agree. But your distance remains a weight on my mind.

At first, and despite the seismic tonal shifts of early 2017, it was a joy to watch you on a deserved, extended holiday. Gelato. Kitesurfing. Taking pictures of natural-haired Michelle on a yacht. You were being carefree, and it was wonderful. Then came a deeper quiet. You came back, wore your collar open, signed a book deal. I was still happy for you, but there was an ache to it.

Don’t get me wrong — I’ve enjoyed your few public engagements so far this year. You spoke meaningfully on climate change in Milan. You eloquently repudiated the continuing attempts to repeal the Affordable Care Act. It was heartening to see the people of Berlin receive you so warmly, and to watch you speak with Chancellor Angela Merkel. Mr. Obama, you were, as ever, subtle, insightful and measured. But I know that you know that we can’t be hiding behind walls.

As a rule, I do not speak back to the television when I am alone. Or I didn’t used to. And then, around the time of James Comey’s firing, I listened to Alan Dershowitz basically announce that the apocalypse we’ve been dreading is upon us. I started to feel actual panic. I found myself yelling at the screen, and into the universe: “Barack! Where are you?”

By early August, this same phrase had turned into a bewildered mutter, as I listened to Representative Maxine Waters tell Joe Scarborough and Mika Brzezinski that she thinks we’re “nearing a constitutional crisis.” The fallout from Charlottesville has rendered my call to you a tired and heartbroken whisper.

As a black Southern woman, I have grown accustomed to navigating a many-voiced universe. In the past months, however, I have felt keenly the absence of two voices: the collective sound of my sane Republican friends calling for inquiry and, more important, the voice of my president. Lately, the former crowd has begun to stir. Somehow, this has made the hope for your voice more urgent.

Are Mr. Dershowitz and Ms. Waters right about the jeopardy of our Constitution? Will hate groups continue to claim more space on the national stage? Regarding the former, I refuse to believe that television testimony to Robert Mueller’s integrity is my only respite in all of this. And regarding the latter, it beggars belief that we must address this at all, but here we are. Some of us never trusted politics until you found your way to the top job. Coming to grips with any new administration would have been hard, let alone this Kremlin-addled, Klan-endorsed turmoil we are being forced to watch.

Weeks ago, I was moved to tears (of relief) watching Senator John McCain give a thumbs-down on the Republicans’ health care bill. In no world could I have imagined this. But then, I could not have imagined this world.

I made phone calls for you in 2008. I worked in Nashville’s Democratic headquarters for much of the summer. I registered people to vote. I felt heard. In the intervening years, your voice has been one of gravity, good sense and honesty. By 2009, my president was black, and the House majority was blue.

My generation graduated from college, got our first jobs and became adults all under the auspices of that truth. We learned to experience politics through the lens of your eloquent presence in the White House. In this respect, you raised us. So we are unaccustomed to all of this wildness. Just because we’re grown doesn’t mean we don’t need to hear from the man who brought us up.

Caroline Randall Williams is the author of “Lucy Negro, Redux.”