The UEFA Champions League rarely fails to surprise, and this season’s 2020/2021 group stage has lived up to its expectations. But as the Champion’s League group stage comes to an end, the live draw for the final sixteen matchups will take place next week. Group winners will face group runner ups and clubs from the same nation will be exempt for the first round. The only team representing London with a place in the Champions League tournament are boasting an unblemished record. They have dominated Group E versus Sevilla, Krasnodar & Rennes claiming at least one victory against each side throughout the competition.

Frank Lampard’s team have gelled a force in domestic and European competition so far this season. Now unbeaten in their previous twelve fixtures in all matches, the expensive summer signings are looking to have paid off as Chelsea have become genuine contenders for multiple trophies this season.

Chelsea’s squad is hard to fault; their defensive issues were amended early in the season with Chilwell, Mendy and Silva having settled in. Of course, there are always areas to improve, but without a doubt, they should be considered a dangerous threat to lift the UCL trophy. Another English squad sailing through their European competitors are UCL champions from 2018/2019, Liverpool. And with 3/4 English clubs qualified for the final sixteen, the odds of this year’s UCL title returning to England is high – Talking about odds, Liverpool were favourites to win their group stage and have done-so comfortably.

The scary fact is Liverpool have significant injuries and qualified for the UCL final sixteen after matchday five and are top of the Premier League to add. And without a pre-season Liverpool haven’t even hit their full form yet. I sense this Liverpool squad are just warming up. With the team looking at its worst, this intimidating team can only become more assertive. Perhaps the most dominant squad on the list, the current UCL champions have continued to evolve from an impressive 19/20 season.

Robert Lewandowski Is the best player on the planet, apologies to Messi and Ronaldo but your Ballon d’Or cancellation of 2020 is now a conspiracy. Somebody robbed this man of his trophy, and now he’s going to steal them all. Fifteen goals from fourteen fixtures are beyond elite, and he has surpassed his peers as the world’s most outstanding player.

There are not many teams who look capable of handling this Bayern squad, selective passing, creative targets, fast dribblers, and star power that could give Mario a run for his money. The bookmaker’s favourite to win the tournament at 4/1 odds is no surprise, and history could be made by defending the UCL title they claimed last season. For the first time in recent history, there will be several teams competing for a position in the UCL final sixteen knockout stage – but Manchester Cities undefeated record doesn’t give Pep Guardiola such worry.

Cities domestic performances have been lacklustre, but somehow, their form has remained strong during European competition. And now, Guardiola has a couple of months to ensure his squad’s fitness can be tented too or even a new signing during the January transfer window.

The Citizens have owned group C and recent UCL performances over the years are becoming more potent. But the former two-time winner of the tournament Pep Guardiola wants to guide his English side further than their previous semi-final efforts. Given the respective results, we could even argue that Guardiola is assisting Manchester Cities Champions League more so than the Premier League.

“We cannot rely on Porto, but we must be at our best to get a positive result because City’s ‘B’ team are strong enough to win the Champions League, I think.” Andre Villas-Boas told the media.

I believe the current Manchester City squad pose the biggest threat to Bayern Munich’s crown, and dependant on the final sixteen draws next week, City could be gifted a comfortable 2nd place finishing team for a place in the quarter-finals. But first, a well-deserved rest on their schedule and full focus on domestic action. 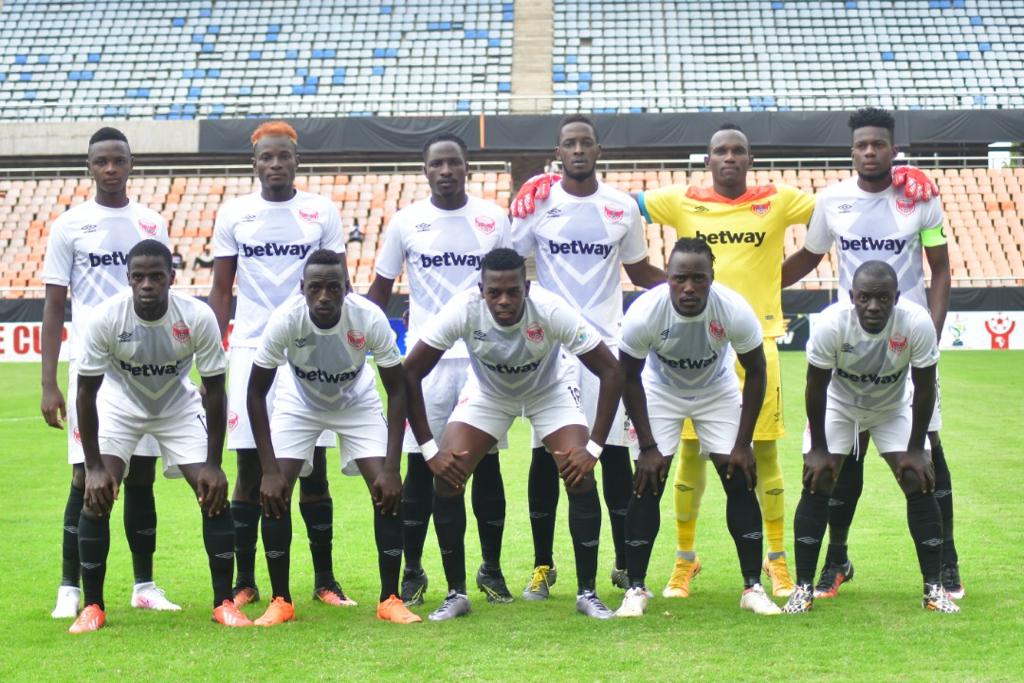 Express throw-away lead to draw against Big Bullets at CECAFA