VATICAN CITY. A Malian is among five Roman Catholic prelates from outside Italy and the Vatican Pope Francis will elevate to the rank of cardinal, the elite group of churchmen who are his closest advisers and can enter a conclave to choose his successor.

The pope, making the surprise announcement during his weekly Sunday address, said the other prelates came from Spain, Sweden, Laos and El Salvador.

On June 28, Archbishop Jean Zerbo, 73, of Bamako, Mali, will become the first African to assume the powerful role of Vatican cardinal after his consistory along with the four others. A consistory is the ceremony to elevate prelates to the role of cardinals.

The fact that none of the five are Italian and none hold Vatican positions underscores Francis’ conviction that the Church is a global institution that should become increasingly less Italian-centric.

Naming new cardinals is one of the most significant powers of the papacy, allowing a pontiff to put his stamp on the future of the 1.2 billion-member Roman Catholic Church.

Since only cardinals aged under 80 can enter a secret conclave to choose a new pope from their own ranks after Francis dies or resigns, the new members will join the ranks of prelates known as “cardinal electors”. 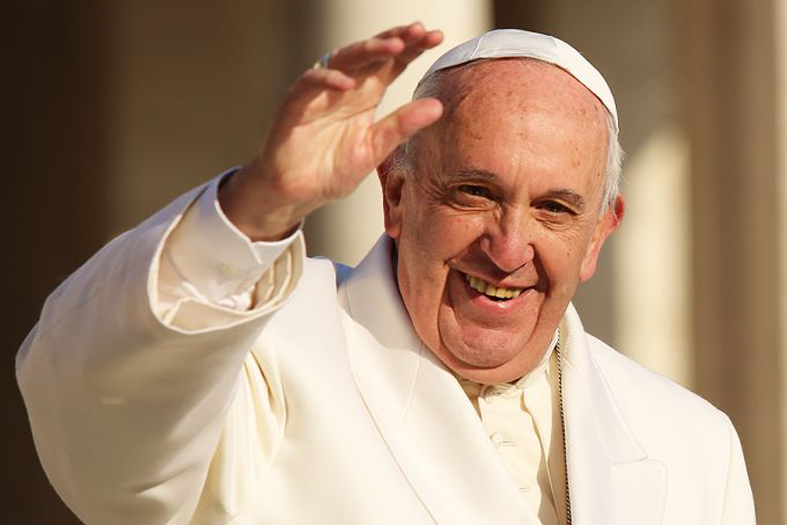 Francis, the former cardinal-archbishop of Buenos Aires, was elected in such a conclave on 13 March, 2013 as the first non-European pontiff in 1,300 years.

It will be Francis’s fourth consistory and he has used each occasion to show support for the Church where Catholics are in a minority, in this case Sweden, Mali and Laos.

The naming of a cardinal for Sweden was significant because Sweden is where the Lutheran World Federation was founded in 1947 and because this year marks the 500th anniversary of Martin Luther’s Reformation.

Sweden is also one of the world’s most secular countries and the naming of a cardinal there will boost the morale of the tiny Catholic population.

Including the current batch, Francis has named nearly 50 cardinal-electors, or about 40% of the total of 120 allowed by Church law.

Francis, like some of his predecessors, bent the rules. With the latest appointments, there will be 121 cardinal electors until February, when one Vatican-based Italian cardinal turns 80.