The meeting lasted for over 10 minutes within the middle of the Church. Journalist where not allowed anywhere near the officials.

The President arrived at the church in a company of ministers including disasters minister Okello Oryem, Youth Minister Florence Nakiwala Kiyingi and education minister Chrystom Muyingo.

The Church leaders who were clad were led by Archbishop Kizito Lwanga.

At least 10 Archbishops and over 50 Bishops from Africa and beyond have arrived at Lubaga for the 50 years of SECAM.

The Pope is being represented by a delegation from the Vatican, which is includes the African Cardinals serving at the Holy See — Peter Turkson from Ghana, Robert Sarah Guinea and Archbishop Protase Rugambwa of Tanzania, who works as the Secretary for the of the Congregation for the Evangelization of Peoples at the Vatican. 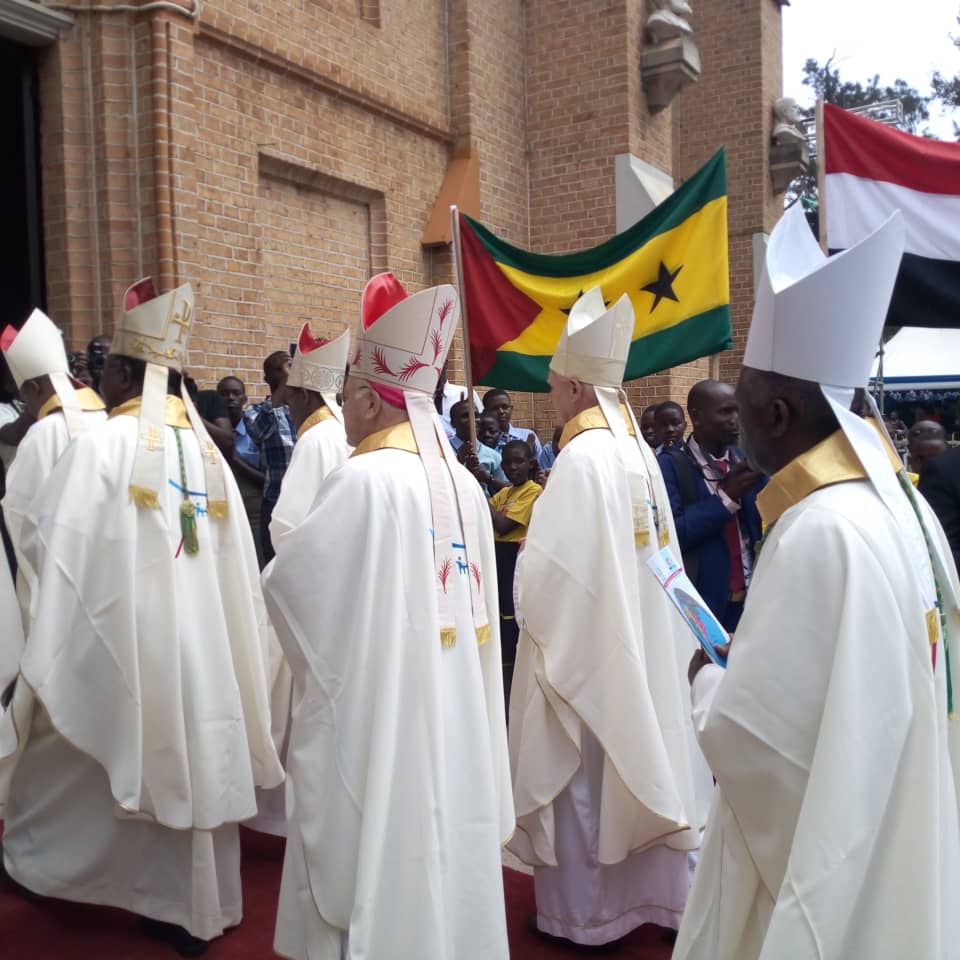 All the holy Bishops are already at Sacred Heart Lubaga Cathedral for the Mass.

SECAM Secretariat is headquartered in Accra Ghana and it meets once every three years.