JINJA – Police say they have foiled one of the biggest attempted bank thefts in Jinja.

Police confirms that the robbery had been staged at the KCB bank located on Main Street by private guards deployed to secure it, at around 8:00 PM on Wednesday evening.

Mr. Fred Enanga the Police Spokesperson says that two private security guards attached to Pinnacle security, a private local security firm in company of yet to be identified person stormed the bank and put three bank staff at gun point demanding for money.

However, he explains, the manager who had stepped out briefly returned and found his staff at gun point, hence rushed to police that Mr Enanga said ‘responded immediately.’

The security guards vanished in air after the plot was uncovered by the Police. 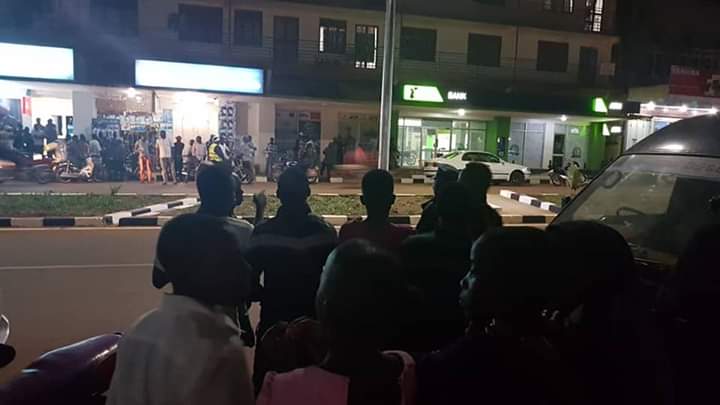 “On suspicion that the manager could have notified police the trio fled the scene abandoning one gun,” says Enanga.

The guards are believed to have tried to steal the money after manipulating the KCB bank security system.

Daily Monitor quoting a source reports that one of the bank staff had gone to the ATM to withdraw money when he noticed the lights inside the banking hall were conspicuously off yet they’re always on.

“When he pushed the door to check, the guards pulled him inside, stripped him of all his mobile phones but he managed to get loose and fled to Jinja Central Police Station.”

The paper has also reported that two tellers, all female, have been taken into custody but Mr. Enanga declined to confirm this.

Mr. Enaanga said Police has heavily deployed around as the hunt for the suspects intensifies.