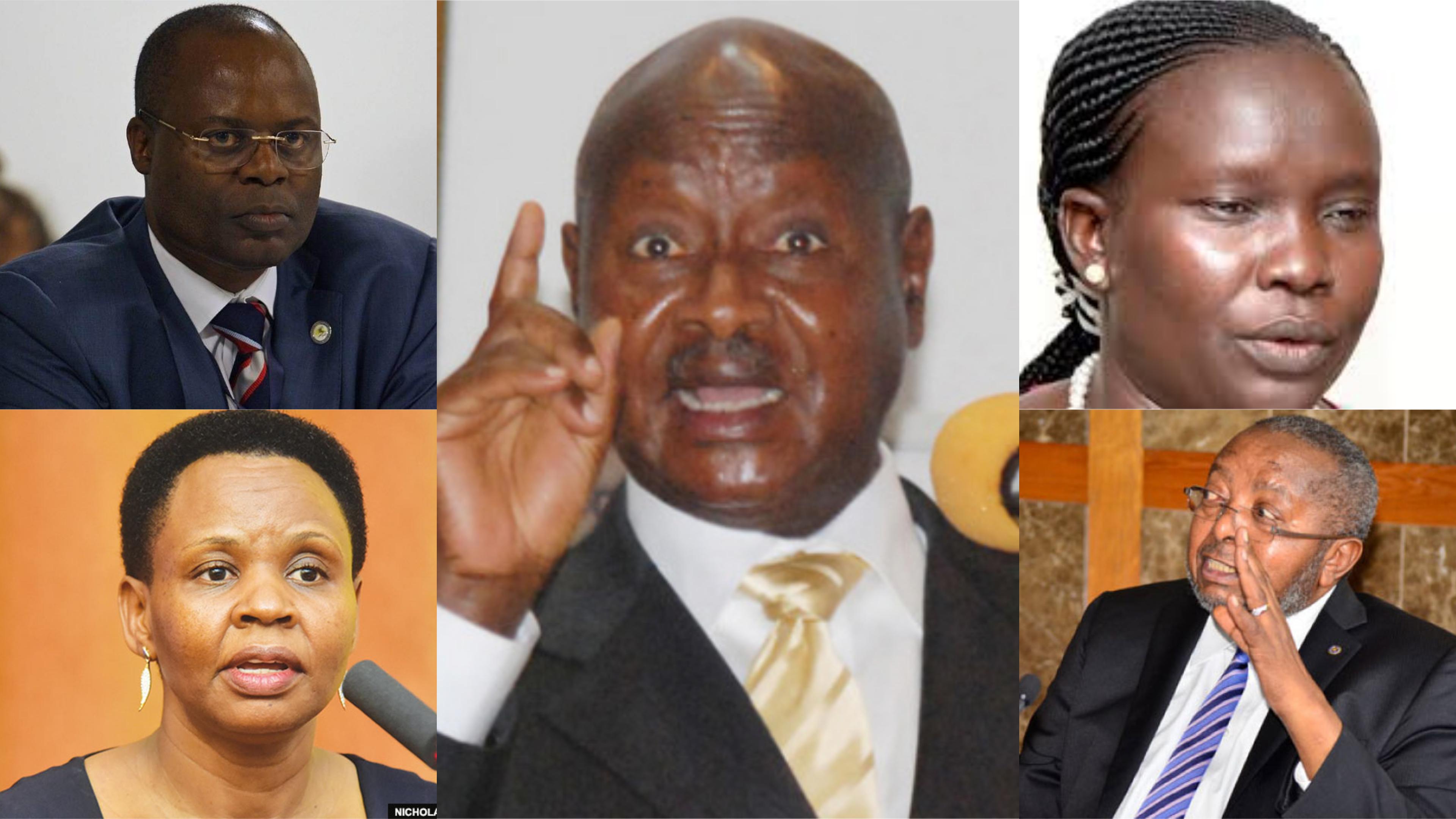 The findings are contained in a report compiled by a committee formed by President Museveni in February 2019 to investigate allegations surrounding Mr Mutebile’s decision to make sweeping changes. The changes saw some staff controversially demoted and others externally recruited amid allegations that the Governor was promoting favouristim and nepotism.

The report, a copy of which is in the possession of PML Daily, says that Mr Mutebile usurped the duties and responsibilities of the BoU Board of Directors to externally recruit some staff, including Mr Tumubweine Twinemanzi.

Disgruntled BoU had petitioned the Inspector General of Government, alleging that the Governor appointed Six new staff from outside the Bank without interviews. They also alleged that two new externally recruited staff, namely, Dr. Twinemanzi Tumubweine and Ms. Kande Sabiiti lacked the minimum academic requirements for entering the bank. They also said that the appointment of Dr. Tumubweine was premised on nepotism, influence peddling and conflict of interest.

And now the report has revealed that while Mr Mutebile argued that the two staff were headhunted, the manner of appointment was flawed.

“… it is apparent that within the context of the multi-faceted decision of 7th February 2018, the Governor exercised authority of the Board alongside executive authority as Governor. This created a complicated situation from corporate governance point of view whereby the Governor made a decision as a Chief Executive and yet also assumed the role of the Board within the same decision. This is because there were aspects of the decision which were attributable to him as a Chief Executive while other aspects of the same decision were attributable to the Board,” the report reads in part.

Mr Mutebile argued that he has authority to appoint staff and that as the governor, he exercises authority on behalf of the board.

But the report indicates that Mr. Mutebile took advantage of the lack of a fully constituted Board to appoint staff even when some of them had powers.

“…Going by the intention stated above, there is nothing in the Board Charter which stipulates that a Governor will always assume powers of the Board in the interim period when a Board’s term has expired and a new Board is yet to be constituted. If this was intended to be the case then the same Board would have adopted it as a standard practice in the Board Manual especially given that they approved the Board Charter on the same day that they granted the Governor the interim authority,” the report adds.

In addition, the report adds there is also the fact that Article 161(2) of the Constitution only stipulates an upper limit to the number of Directors appointed in addition to the Governor and Deputy Governor and not a lower limit. This number is set at five.

The report adds that the fact that in addition to the Governor and Deputy Governor there was still another Board member available in the person of Mr. Keith Muhakanizi, brings into question whether legally speaking there was no Board. At the very least there were at least two Board members with whom the Governor could have consulted and discussed, the report adds.

The report also indicates that With the exception of the Chief Internal Auditor there is nothing in the Administration Manual that prohibits the Governor from taking decisions with regard to transfer of staff.

” In this regard therefore the Governor’s decision to move staff around was not irregular. However, whereas it was not irregular it was unusual that the Governor opted not to involve any Bank staff like the Administration Directorate staff and possibly concerned heads of department when it came to transferring bank staff. This may have been within his prerogative as the Chief Executive Officer of the Bank but also unwise because conducting the transfers without adequate consultation with the relevant managers was queried by some of the staff who pointed out to the Committee that some staff members ended being transferred to departments which were inconsistent with their core skills.

The report states that In defending the creation of new positions in the Bank such as that of Procurement Assurance Manager as assumed by Ms. Ruth Kande Sabiiti, the Governor explained that he derived authority from the Bank Bye-laws on the one hand and Section 4.2.2 of the Administration Manual on the other hand. In essence the Governor suggested that he had a responsibility under Section 8(2)(a) of the Bye-laws for organization and management of the Bank extending to the implementation of Section 4.2.2 of the Administration Manual which provides for recruitment and rightsizing in the Bank.
” However, the responsibility of the Governor cited under Section 8(2)(a) concerning organization and management of the Bank has to be qualified in the context of Constitutional Mandate of the Board. Article 161(2) of the Constitution vests the authority of the Bank in the Board of Directors. By placing reliance on the Bye-laws to vest powers of organization and management of the Bank in himself as Governor, the Bye-law directly contradicts the constitutional authority of the Board.”

Analysis of the report continues on Sunday.