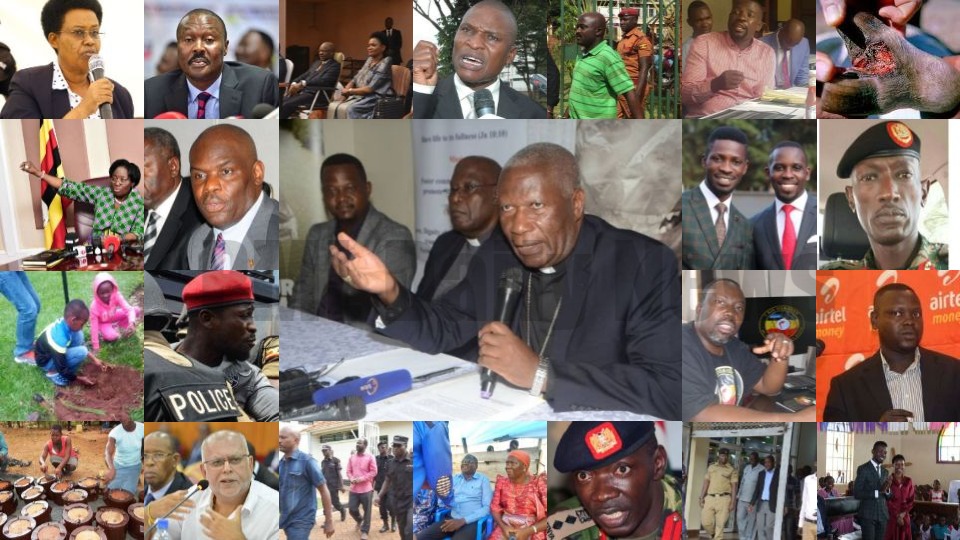 In an eventful week, Rwandan President Paul Kagame sent a strong warning to his neighbours, accusing them of sponsoring subversive activities against the Kigali administration.

Mr. Kagame said neighbours, he did not name, have continued to support the country’s enemies but “they are playing with fire,” and that security in Rwanda will be maintained at all costs including the use of force.

He noted that the day enemies will move close to the fire, it will burn them.

Meanwhile, President Yoweri Museveni was in West Nile on the weekend where he blasted term limit- proposers, saying they “know nothing” with stupid ideas.

Mr Museveni, who in 2005 instigated the controversial removal of term limits from the Uganda constitution now says term limits are just stupid ideas and that proposers are ignorant about African problems.

Digging into the week, the High Court in Kampala declined to prohibit police from blocking and interfering with music concerts of popular singer and budding opposition figure also Kyadondo East legislator Robert Kyagulanyi aka Bobi Wine.

Bobi Wine had argued that security forces acted illegally when they restricted his movements within the country.

The Court, however, on Friday trashed his submission, increasing on the already heaping frustration to the MP.

Also, a number of media outlets bowed to government pressure to re-assign senior journalists in response to the regulator’s directive.

The directive was issued a day after the stations widely covered the arrest of Bobi Wine, who has since announced to challenge President Museveni, in the 2021 polls.

The UCC called for the suspension of the producers and heads of programming and news from outlets including NTV Uganda, NBS TV and Capital FM in a statement issued last week.

Both local and international agencies including the American Embassy in Uganda, the European Union delegation and the Uganda Journalists Association condemned the UCC’s demands as an affront to media freedom.

The media owners through the National Association of Broadcasters (NAB), too protested the UCC orders and a meeting sat early this week to resolve the matter.

The UCC’s executive director, Godfrey Mutabazi, told PML Daily that the journalists would be reassigned until the commission finishes an investigation into alleged violations of broadcasting rules that prohibit the publication of material that might incite violence, hatred, obscenity or inflame sectarianism.

Bobi Wine’s outspoken lawyer has since in the protest of ‘persecution’ of his client called for sanctions against Museveni administration.

In a letter to British Prime Minister Theresa May, he cited violations of law and human rights by the Ugandan government adding that the military aid provided by the United Kingdom has helped President Museveni to suppress the rule of law.

Mr. Bugingo asserted the “love and attraction” he had for her “has been swept away” and they as a couple “cannot live together,” something that has stunned many Christians.

In a petition before Chief Magistrate’s Court in Entebbe, Bujjingo further said due to the “cruel nature” and “incompatible impulsive conduct” of Ms. Naluswa, their marriage has “irretrievably broken down.”

The House of Prayer International church leader has in the past weeks been in news over a wrangle with his wife.

In Technology, ARED, a Rwandan based service start-up known for its ‘Smart Business in a Box’ solar-powered kiosks, this week set up 10 such kiosks with 10 women micro franchisees; thereby marking its expansion into its first international market – Uganda.

The solar kiosks known as the Shiriki Hubs are run by women and differently abled individuals on a micro-franchise model.

These have been set up in Kampala as well as in the refugee camps of Arua district through which citizens belonging to lower income groups can charge their mobile devices, buy air-time and WiFi connectivity for accessing the internet, make digital payments, besides availing a host of other intranet services offline.

In sports, Kampala Capital City Authority (KCCA) Football Club playmaker Allan Okello this week for trails in a yet to be identified country.

The youngster becomes the second KCCAF FC player to go out on trials this close season after Mustapha Kizza.

Kizza left for Spain at the start of the month but it is reported that he is back in the country.