Patrick Agaba, one of the suspects in the murder of Susan Magara, was arrested after he made suspicious mobile money transactions and travels shortly after the discovery of Susan’s body.

Agaba, who calls himself Pato, was arrested on March 7 from his apartment in South Africa by South African police working with CMI and ISO operatives.

Magara, who was kidnapped on February 7 from Kabaka Anjagala Road in Rubaga Division, Kampala, was later killed and her body discovered dumped at Kitiko, between Kigo and Kajjansi near the Entebbe Expressway.

And now it has emerged that Pato, a native of Hoima District whose family is known to Magara’s, made several questionable mobile money transactions, suspicious telephone calls and travel arrangements shortly after Magara’s murder, prompting ISO and CMI to arrest him.

Sources within security told this website that on February 25, Pato physically fled with a huge sum of money ($200,000 or Shs700m), which is believed to have coincidentally been the same amount Magara’s family paid as ransom to their daughter’s kidnappers. A photo on his Facebook wall shows Pato with the said bag.

Sources close to the family and police told this website that Mr John Fitzegerald Magara was forced to raise the money after the kidnappers sent him a video, which showed them chopping off his daughter’s fingers and threatening to kill her if they did not raise the $1 million (about Shs3.6 billion) ransom, which was later reduced to Shs700m, following negotiations.

Security agencies are now examining how Pato managed to pass the airport checkpoints with such huge sum of money and have asked airport security to share CCTV for further details.

“Our intelligence so far indicates that he physically moved out of the country with the money, which was in dollars through Entebbe Airport,” a security source said. 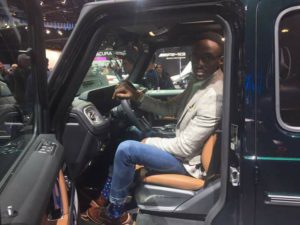 Last week, Pato appeared in South African court in Johannesburg but the case was adjourned after the court asked the Uganda government to present more evidence to back their request to extradite him to Uganda to face trial.

Sources add that the suspect’s decision to move out of his house in Munyonyo to a rented apartment in December also raised suspicion that he was planning to evade arrest.

Security agencies are also investigating links between Pato and the other suspect, Ronald Asiimwe, aka, Kanyankore, after some intelligence sources indicated that the latter was hired by Pato to commit the crime. The security agencies are also investigating reports that the duo were involved in past criminal activities and have always been available for hire.

When contacted, ISO director Fred Kaka Bagyenda declined to give details, insisting that they do not conduct their investigations in the press. However, security sources said they plan to confirm Pato’s arrest after he is extradited to Uganda.

Pato is said to have been a poor ordinary Ugandan about five years ago and that his source of wealth and lavish lifestyle has amused everyone, including security officials. He is said to own a fleet of luxurious cars and several homes in the city yet he dropped out of university in first year. His parents are also poor, with his father operating a small retail shop in Hoima District.

He is also said to frequently travel between Uganda and South Africa.

So far, 22 suspects have been arrested in connection with the murder of Susan Magara. The other suspect arrested is Bob Kibirango, who is said to be the man whose voice was heard in the recorded communication between the kidnappers and the deceased’s parents. Preliminary investigations into the killing suggest that Magara may have been raped before she was killed.