CALIFORNIA — Ugandans living in California under their umbrella organization —the Ugandan Community Organization in California — (UNCOC) will Saturday June 26 hold Executive Board Elections.

Mr. Jaloba who will preside over the polling process alongside other UCOC election Commissioners; Ishaah Kawooya, Secretary, Hajat Jalia Nagawa Walusimbi, Treasurer and Daniel Abaho, Commissioner, said only registered voters up to Friday 25 4:00PM will be allowed to participate in Saturday secret poll.

He explained that no campaigns will be allowed at the polling station while candidates and their supporters will wait for the results announcement by the EC Committee.

The candidates include incumbent President, Susan Kwezira who remained unopposed after other contenders including Catherine Namara, a vibrant Youth Entrepreneur and Florence Clay Ssemanda commonly known as the Irony Lady chickened out of the race.

Ms. Kwizera is also the President of Golden State of California, the second biggest Ugandan Community after Boston Massachusetts State. 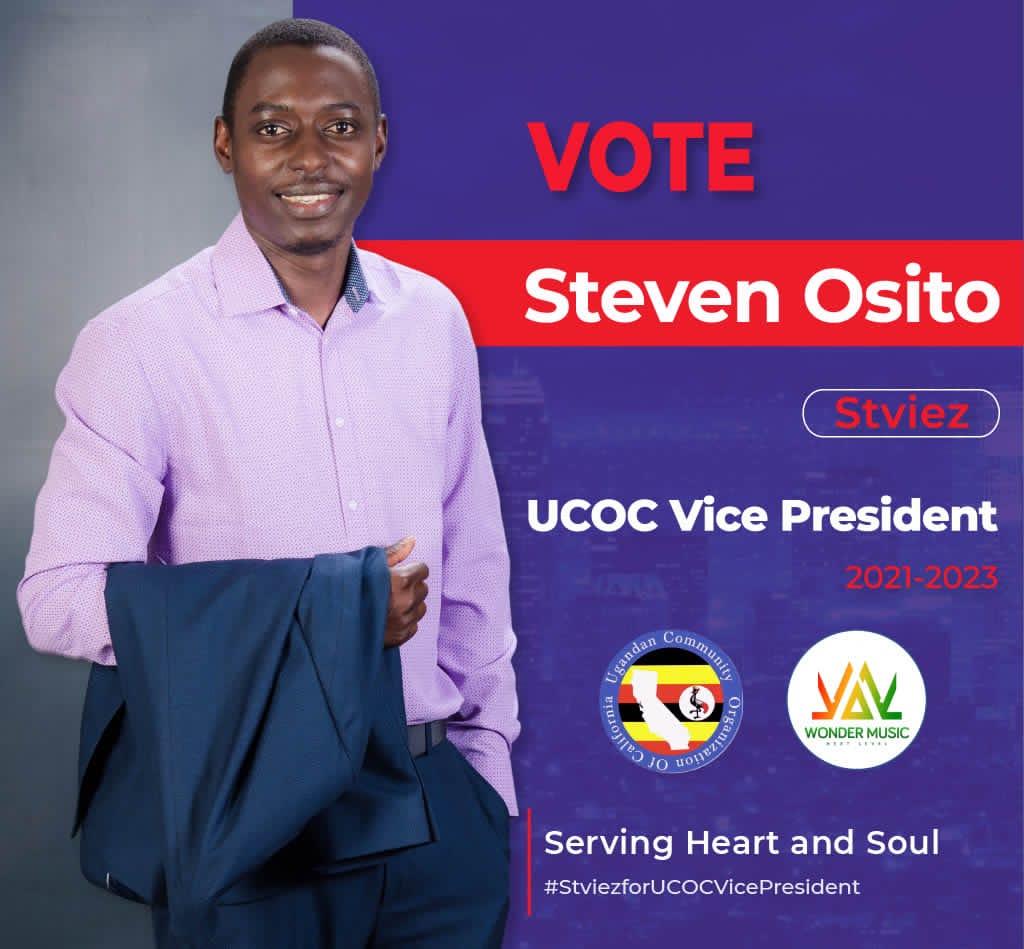 Osito will face-off with pastor Joseph Mbaaga, a Co-pastor of Alpha Restoration Ministries Church, one of the largest born-again churches in California and  businessman Ssekajjugo Bukombe.

For Secretary, the tight competition is between Eric Kabuye Kalungi, an IT expert and Elijah Rukindi Npuuga, a popular international Lawyer and political activists.

Cosmos Ojara, a pilot and an IT Security Expert is campaigning to be association treasurer.