KUMI – President Museveni, who is also the NRM presidential candidate has on Monday concluded his scientific campaigns in Teso sub-region.

The President who started his campaigns in the region on Saturday opened the Soroti Main Market in Soroti town and also officiated at a function where Jeressar High School in Soroti district marked 20 years of existence.

Speaking at a meeting with NRM leaders from Kumi, Bukedea, Ngora and Serere held at Kumi district headquarters, President Museveni said the NRM is a mission-led party.

“We are after a mission and not positions. Like Jesus came and preached the gospel, his mission was about preaching and putting forward a vision of life but also the illumination of life,” Museveni said.

“When you come to point out something which has not been clear for a long time, that is what we call a mission. Our mission is to solve a historical problem because Uganda and Africa at large had become ungovernable.”

The NRM president candidate told leaders that after getting independence, many African governments were overthrown and in no time, all countries were taken over by illiterate men as a leader who could not guarantee stability.

“You could not have stability anywhere in Africa because it was chaos. There was bad governance, no development, a large number of dead people and refugees but why couldn’t Africans manage their issues?”

He noted that some people, himself inclusive were, however, lucky to be watching as things unfolded and when they took power, they were able to change the dynamics.

“We had that rare chance of seeing what people were saying and compare with other parts of the world and it is how we were able to distil thinking that later alone led to NRM ideology.

What we discovered was that the main problem these political elites was emphasizing the identity of tribe and religion. Instead of what people think or what somebody can do, they were emphasizing who you are.”

According to the President, such thinking of identity crippled many things and governments and thus there was no stability for many years.

The NRM presidential candidate noted that many governments didn’t last long because they believed in the line of tribes and religions other than what united their people.

“The moment you go for sectarian politics, the country is finished either today or tomorrow. Why don’t they instead talk about the needs of these people which are the same? Like Coronavirus has come. What is its tribe or its religion? Doesn’t it affect all human beings the same way?”

He noted that the NRM, however, emphasized politics of unity and that it led to peace and stability in the country that later metamorphosed into investments in the country.

According to the President, the foreign investments have seen more jobs created especially in the private sector as well as widening the tax base.

“Foreigners including Chinese, Indians and Arabs have built many factories here. When we formed the Uganda Manufacturers Association we had 80 factories but now we have over 5000. They have helped us solve the problem of shortages and jobs. We have used wisdom to do things we could not handle with mere strength,” Museveni told the NRM leaders.

The President, however, asked the NRM leaders to tell inform the voters that the most crucial thing is budgeting the resources to cater for what they need, adding that currently, there is nothing government can’t do.

President Museveni will tomorrow, being his campaigns in Bugishu sub-region. 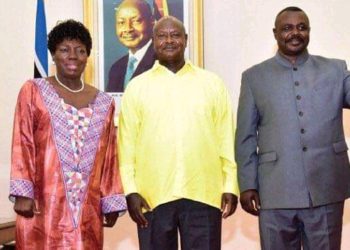 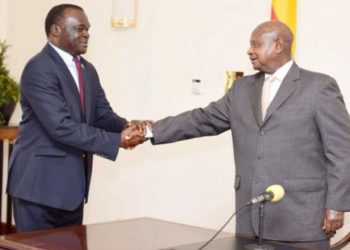 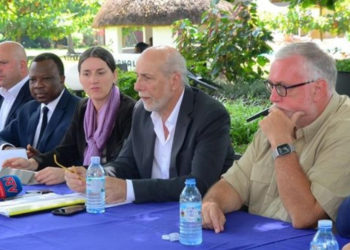 RDC: The EU is annoyed because Museveni defeated their “imperialism”