The NRM parliamentary primaries went into action Friday, September 4, 2020, with about 12 million party faithful queueing up to choose who holds the women MP and direct constituency flags come 2021.

Ms Kamya scooped 6,164 votes representing over 90% of the votes.

Her contenders Brian Kusingira Tindyebwa and Dr Lwanga Isaac got 671 and 4 votes respectively. 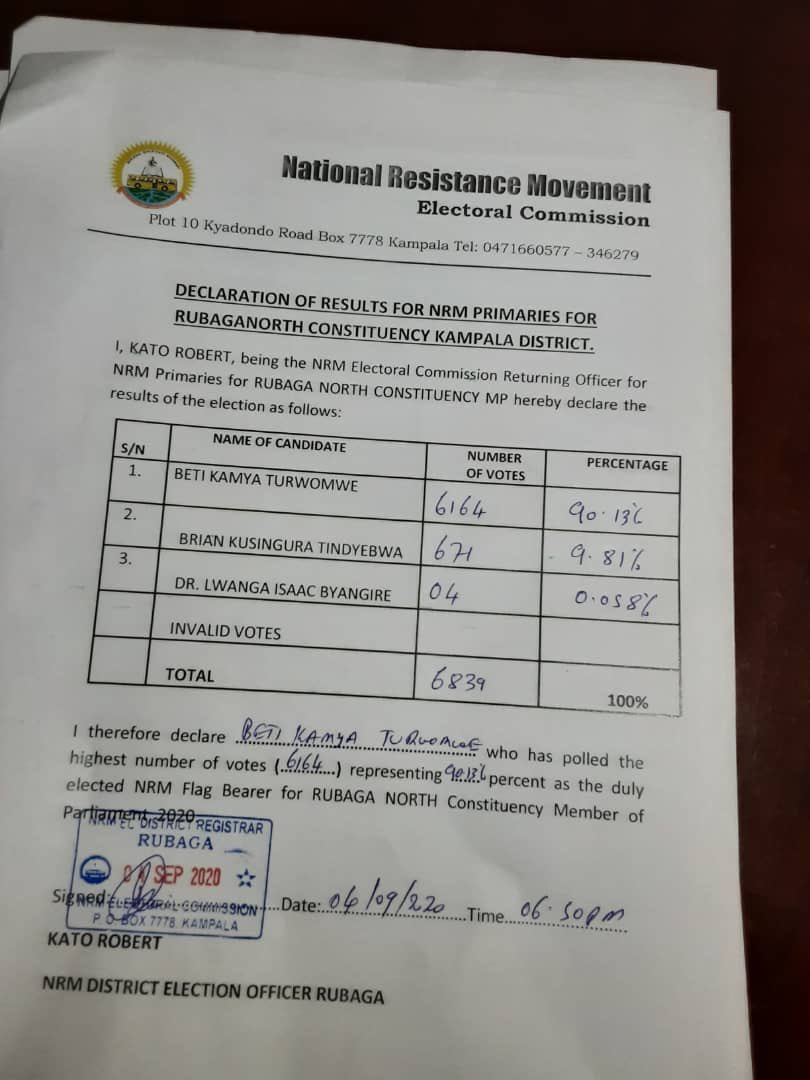 NRM Primaries have seen many incumbents lose to the “new comers” and not performing as expected.

Incumbents such as Evelyn Anite, Minister Elioda Tumwesigye, Minister Karooro Okurut among others have all been defeated.

The elections have been characterized with violence which has led to the suspension of elections in Mawogola West and North, Namuganza’s Bukonk county where her agent was allegedly killed among other areas.