RACE TO 2021 POLLS: Why Amb. Wagidoso could win the NRM flag in Mbale

MBALE – The fight is fully on to succeed Mr Jack Wamai Wamanga as the Mbale municipality kingpin 2016 – 2021 after he bowed out, amid much jostling among the newly created City’s politicians.

The battle for the NRM flag in the new constituency is turning into a dress rehearsal for the 2021 elections, as politicians from opposition want to retain the seat while the ruling NRM party wants to take the seat away from opposition.

An August mini-poll done by PML Daily has courted unparalleled attention, with the campaigns ceasing to be about the candidates and spiraling into a contest of who-is-who in Mbale City politics, and to a larger extent, a measure of relevance nationally.

Despite claims to the contrary, the contest is shaping up into a show of might between Amb. Wagidoso and his political nemesis Mr Peter Mashatte Magomu, a Barrister at law in Lincolns’ Inn of Court in London, a man who has contested four times unsuccessfully.

As Mr Wagidoso traverses the constituency in a last-ditch attempt to woo voters to elect him for the NRMM flag bearer, here is why he will take the Mbale City Northern division seat.

Although there are young people in the race, the voters across the divide say that they were betrayed by the former youthful MP Mr Wilfred Kageke when he resigned from Parliament.

Mr Kageke resigned from parliament December 20, 2009 sighting reckless and irresponsible mortgaging of our country by the NRM government but the voters in Mbale took it that he was uncomfortably close to the NRM and money-minded something that has dented the image of the youths in politics in Mbale.

“We now prefer old men because they will stick to their word, we had Mr Mwambu also a youth who pulled out of the race and disappeared then Mr Wilfred Kageke who resigned his seat, so we cant try them again,” said Mr Akisoferi Nangoli, a voter in Kiteso Cell in Mbale City.

The disappearance of Mr Allan Mwambu at the climax of Mbale politics and resignation of MP Wilfred Kageke from Parliament has killed the politics of young men and opened a window for the elderly to renege on this pact.

Who is the favorite candidate for NRM flag

Amb. Mr Wagidoso,  is currently the red hot favorite to clinch the NRM slot for flag bearer in Mbale City’s Northern Division presidency, especially because of his experience in leadership, having been a Constituent Assembly delegate for Bulambuli, MP for Bulambuli and Uganda’s ambassador to China.

On various platforms across the divide Mr Wagidoso stands out; although most rallies have been halted by Covid-19-induced ban on meetings and social distancing decree, he has been able to meet the constituents well.

The constituents now sell and celebrate Mr Wagidoso political tradecraft, demean and destroy other candidates and relegate other senior politicians to having no experience to lead Mbale City.

Although many people think that president Museveni dropped him from the position of Ugandan ambassador to China, he says with confidence that he was not dropped but opted to retire.

“First of all the contract for being an ambassador is three years, I was in China for twelve years and secondly I was transferred to Southern Sudan and I still opted out to do personal business which I am doing today,” said Mr Wagidoso.

He says he has the experience to take Mbale City to a higher level and that his experience spuns over a period of 25 years as a councilor in Mbale municipal council, CA delegate, MP and ambassador to China. 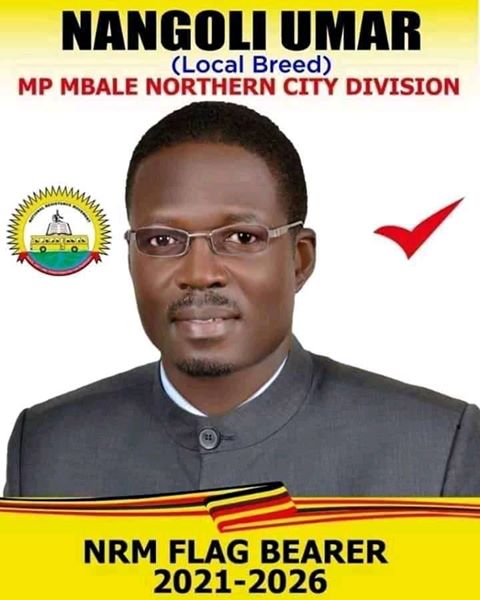 “I promoted Bilateral relations between Uganda and China that gave birth to Mbale industrial Park and this is a signature project from the relations,” said Mr Wagidoso.

I intend to promote Unity of the people of Mbale City because I know that without Unity we are doomed “We must stop behaving like grasshoppers in one basket that eat each other and unity is fundamental,”

He explained that he has a manifesto that captures Infrastructural development-roads, schools, health centres, Electricity and that he has already built good relationship with government to enable him lobby from government for the people of Mbale.

“I have been in NRM, I have served NRM, I have built friendship with NRM, I have local and international contacts besides central government contacts that are for the good of Mbale City’s socio-economic development,” said Mr Wagidoso.

He explained that he will make things happen once given the mandate and that he would work with teachers, parents, students to better education standards, use his exposure to improve women and youth livelihoods by turning their associations into Units of production and maintain dignity of vulnerable people like the elderly, PWDs by working with the communities to provide strategic interventions.

He said he would also work with his party, the ruling NRM party to reduce on the maternal and child mortality rates by providing timely transport for expectant mothers and the sick to access medical facilities and providing mama kits to all expectant mothers.

“I have seen the potential of cultures and customs, my only business when I am voted is to transform them into tourism sites for income generation and creating employment for people,” added Mr Wagidoso.

This has made the local people in Mbale nickname him the ‘PH’ Power House, Mr Wagidoso has never been this politically powerful not even as MP did he amass such power; not as an ambassador did he wield such authority, and not as a businessman in Mbale City did he have such influence in Mbale.

Mr Emmanuel Makawa, a voter and opinion leader in Mbale City hints at Mr Wagidoso as being an asset to Mbale City and adds that “A vote for him is a vote for Mbale City’s development,”

But while Mr Wagidoso is keen on taking the NRM flag, there are other people who are tussling to get it come later this month.

A flurry of meetings and intense lobbying by the intending candidates has started and could culminate in the last-minute decisions.

However, Mr Wagidoso must first overcome the tough hurdle of the ruling NRM party primaries that are expected to be hotly contested. 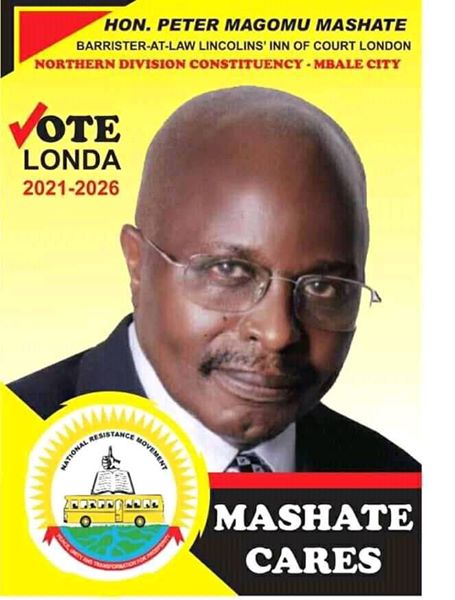 But the person who is likely to give Mr Wagidoso, a run for his money in the contest for NRM party flag is Mr Peter Mashate Magomu, a lawyer based in London [UK].

Although with notched years in NRM politics, Mr Mashate’s political curriculum vitae is full of gifts, development projects doled out to the voters in Bungokho North and he is regarded as a man with a political strategy, of consistency in word and deed.

A Barrister at law in Lincolns’ Inn of Court in London, the former contestant for Bungokho North is now placed in Mbale City Northern division and comes with a vision to serve the people of Mbale City seeking the NRM ticket.

“With free and fair elections, I’m ready to give my opponents a good run for their money,” said Mr Mashate, who is making a fourth attempt at the NRM primaries to win the flag and is exuded confidence that he will win the primaries.

Mr Mashate said the Mbale city has lagged behind in development due to bad leadership and unfair distribution of resources.

“A better Mbale City Northern division is my dream and hope as I will uphold transparency and accountability to make Mbale City a better place for everyone,” said Mr Mashate.

Mr Mashate’s hope is nourished by the analytically lazy myth currently circulated by opposition supporters that he [Mashate[] can never be elected a Member of Parliament in Mbale having failed three consecutive times and they are now trailing him like the proverbial hyenas.

Mr Mashate said that top on his to-do list is the development of infrastructure to enhance economic activities in the Mbale City’s northern division and providing clean water.

He explains that he would besides the known official roles of an MP, help in ensuring the maintenance of weathered roads i.e. feeder roads to ease quick movement of all products from rural to urban centres, whereby culvert bridges shall be fixed to overcome the impacts of flooding.

“The NRM government has a manifesto that has the improvement of health facilities in the constituency through the subjection of both health centre 11s to health centre 111s, improving supplies such as drugs, beds, oxygen jars, incubators for early-born babies etc I will press for this to ensure that my people benefit and improved livelihood among residents,” said Mr Mashatte.

Ms Alice Wanyenze, an ardent NRM supporter and a voter in Namabasa division in Mbale City says that they [Namabasa residents] want Mashatte endorsed and packaged as the one who will go to the negotiation table carrying our combined NRM votes.

For Mr Mashate he is testing waters in Mbale City’s Northern division for the first time, with a significant number of votes from Namanyonyi, Nakaloke and Namabasa divisions meaning he should not be taken lightly in 2022.