RACE TO 2021 POLLS: Who will be Jinja city’s first Women representative?

JINJA – As the country gears up for next year’s poll just a couple of months away, Jinja residents are anticipating fireworks as 10 women fight to represent the newly created city in Parliament. Whoever will emerge victorious will not only walk away with the coveted seat but will also have her name immortalized in the annals of history as Jinja city’s first Women representative.

With the major political parties sharpening their tools ready to rumble, Jinja residents cannot wait to witness a battle reminiscent of the fight between Achilles and Hector in Greek mythology. This website caught up with some of the aspirants and they all seem to be in high spirits ahead of what is arguably the toughest fight of their life.

All the aspirants are combing the city with high sounding and beautiful rhetoric about the new Jinja city they envisage and how they plan to better the lives of the city residents. However, with four candidates fighting for the FDC party card and three tussling out for the ruling NRM party flag, the battle for party endorsement will also be a battle for the ages.

But in the words of William Shakespeare; it is not over until it is all over. The candidates who will emerge out of the party primaries will find very tough independents, especially Ms Kyemba, a seasoned Jinja politician and academic who in an interview with this website said she is passionate about serving Jinja residents.

“There is a lot to be done for Jinja city and this will be done when we combine our efforts. The new city deserves a leader who is reliable, experienced and a visionary. Racheal Janet Kyemba is that leader,” she said.

Ms Kyemba says her emphasis will be on providing a safe haven for business and employees to work and making Jinja a centre of tourism excellence and opportunities. 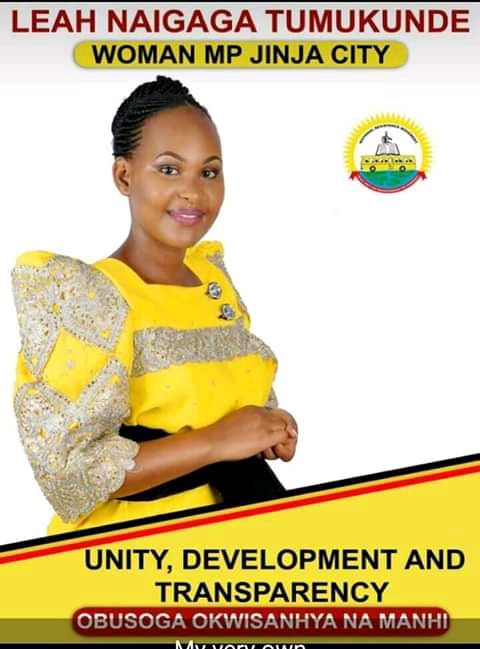 “I intend to make Jinja a city of opportunities, a city where women can thrive economically,” Ms Kyemba said.

She has also pledged to revive Jinja’s status as an industrial hub and help reduce the rate of unemployment especially among the youth.

Ms Kyemba has previously served Jinja as councillor as well as deputy mayor. She is currently serving as a member of the boards of Jinja Education Trust, Jinja Secondary School, Main Street Primary School as well as YMCA Jinja.

“Jinja is the heartland of the country because of its location along the shores of Lake Victoria and the features it has such as Itanda falls and the source of the Nile,” Ms Sobya says, adding that the city has the potential to be great but this potential has not been tapped because of poor leadership.

Ms Sobya is battling veteran radio presenter Mirembe for the NRM party card.  Mirembe, who works with NBS radio in Jinja, says her focus will be on empowering the girl-child and women as well as job creation. She also plans to restore the glory of Jinja.

“If given the mandate I will work on making Jinja great again. Jinja used to be Uganda’s model city and with a clear-headed leadership, the city can shine again,” Mirembe said.

But FDC’s Byuma, also a veteran radio presenter, urged Jinja residents to vote wisely in order to reap the benefits of city status.

“Time is now for the city residents to know the difference between leaders and rulers. It is the time to vote leaders otherwise our new status as a city may go to waste,” she said.

Lukalu on her part says she plans to lay the foundation for Jinja city’s success and economic transformation through revamping and strengthening her infrastructure as well as ensure a modern, all inclusive and sustainable economy for the new city.

Kyebakutika of People Power, a pressure group led by Kyaddondo East MP Robert Kyagulanyi aka Bobi Wine has urged Jinja city residents to vote for her in order to take the city to greater heights.

“We need servant leaders, leaders who are incorruptible and there is no better leader than me,” Ms Kyebakutika said.

Anthony Batwala, a resident of Bugembe, has called upon Jinja residents to vote wisely in the coming election.

“We need to vote a candidate who will lobby for development regardless of the colour. Jinja city needs infrastructural development,” he said. 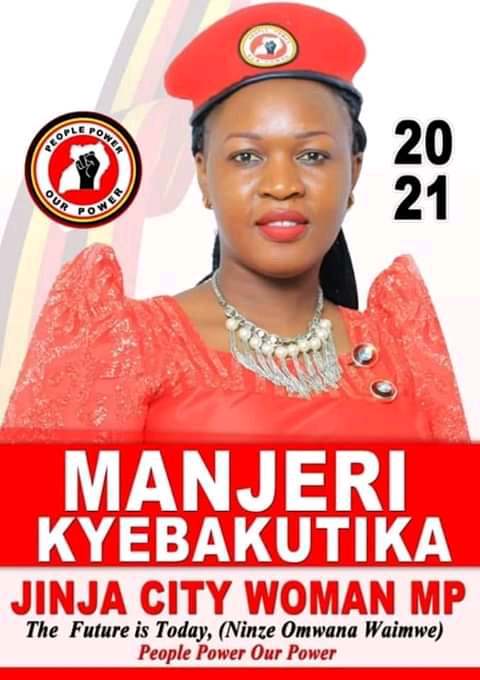 Racheal Janet Kyemba attended Wanyange Girls’ School for her O’ level and proceeded to Namasagali College for her A’level. She thereafter joined Makerere University where she graduated with a degree in Fine Art. She also undertook an Urban and City Management Course from Uganda Management Institute.

Milka Sobya aka Monica, is a daughter to Lt. Col. Sam Kafudde Ngobi of Buyala, Budondo sub-county. She grew up in Mpumudde in National Housing village. She holds a bachelor’s degree in Procurement and logistics Management of Kyambogo University. She is famous for her role in the Ugandan movie Deception where she acted as Monica. She is also a TV presenter on NTV and SPARK where she features on a program ‘Family Affairs’.