In a letter dated September 2, Ms Museveni revealed that in a meeting held on September 1 by the taks force and the president,they resolved that a phased reopening of schools starting with candidate classes be implemented starting September 20, 2020.

“It has been brought to my attention that the capitation grant for the third term was not released to the schools in July due to the fact that the institutions were still closed,” she noted.

She added that the funds be released to the beneficiary schools to prepare for the phased reopening of schools.

According to a letter dated September 1 by the Executive Director of the National Council for Higher Education Prof Mary Okwakol addressed to all Vice Chancellors and Principals, the move is aimed at enabling students complete their studies so as to fill the possibility of a human resource gap.

“The government of Uganda has addressed itself to the fact that medical health interns provide significant service in hospital and other health facilities in the country. It has been noted that the current interns will complete their programme soon, and a new team would ordinarily be expected to take over from them. If the internship schedule is not followed there will be a gap which could lead to a gap in the health sector,” she noted.

Every year, final year medical students and those who pursue Health related courses are awarded internship placements in hospitals across the country. 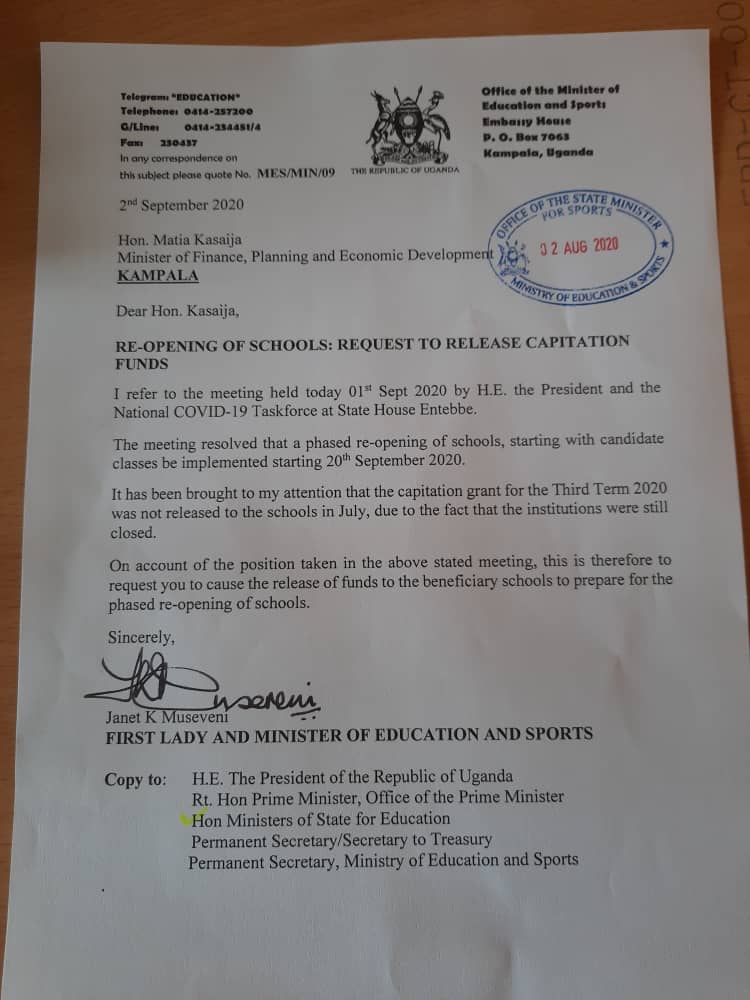 The group of finalists considered to resume include final students undertaking training at Bachelors level in Medicine and Bachelors of Surgery,Nursing, Midwifery, Dental Surgery, Pharmacy and Allied Medical Professionals.

Another batch of students cleared to resume classes are those Finalists Postgraduate students in health related programmes.

Post graduate students (doctors, nurses and midwives) who are qualified and are already health practitioners have been allowed to resume too.

Lastly, finalists undertaking training at Diploma level at different disciplines have been cleared.