MAKERERE – Ms. Siperia Mollie Saasirabo, a female student who led the recent students’ strike against the 15% fee increment at Makerere University has claimed that the Vice-Chancellor wants her to lose the scholarship and her status as a student of University.

She alleges that Prof Barnabas Nawangwe is not settled as he is fighting a war to destroy her future.

A few days back, the University Students Disciplinary Committee lifted her suspension, but Prof Nawangwe appealed decision noting that he is not satisfied with the committee’s verdict. 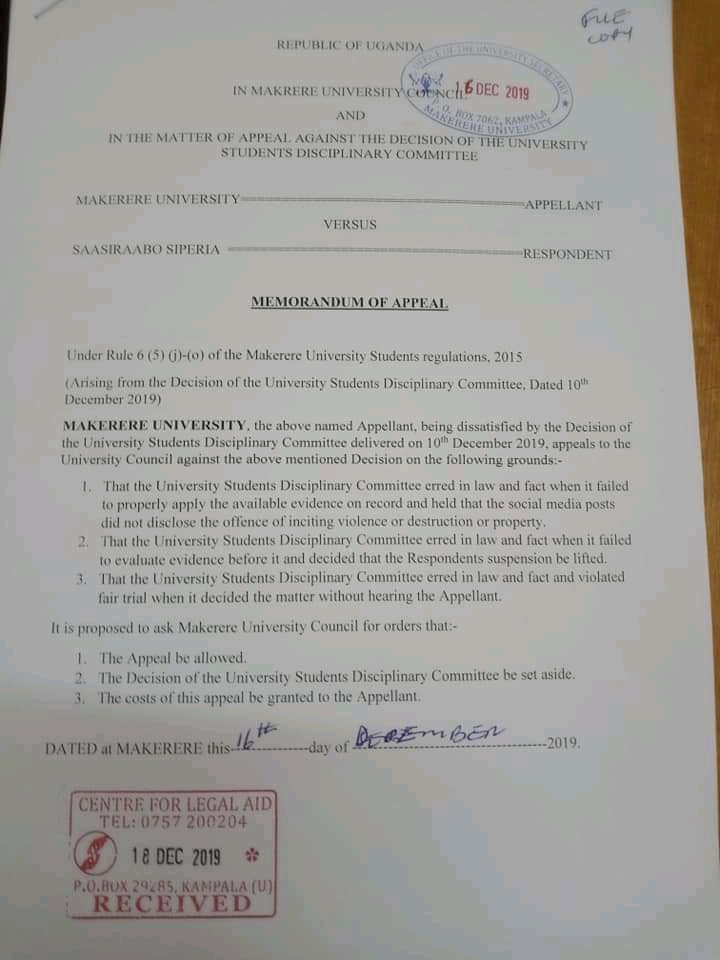 “Today, I was served with a memorandum of appeal from Makerere University that Nawangwe is dissatisfied with the Disciplinary Committee hearing and he has made an appeal to the University Council so that my case is heard again,” she posted on social media.

She added that among his prayers (Nawangwe), is that she pays for every single penny the university has put in during the process.

Siperia wonders why the VC has stayed silent about the decision made by the Makerere University Disciplinary Committee to have her reinstated back to the University.

“So many people have been asking me I have been telling them that it’s because I am certain Nawangwe will not take the decision to have me back to the university,” she added.

Meanwhile, she said the only weapon she is left with is the law promising to take on the Professor.