WAKISO – Police have in custody 7 suspects allegedly connected to the murder of Lubinga Henry and Aggravated Robbery of cash (2.5m) from Sam Kasule, a 25-year-old businessman of Nakiwaya LCI, Nakiwaya Parish, Kikandwa.

Addressing the media on Monday, March 9, the police spokesperson CP Fred Enanga revealed that the thugs attacked Sam Kalule and robbed him of cash (2.5m) on February 28, 2020, at around 8:10 pm, armed with an SMG Riffle, and travelling on a motorcycle reg. no. UEH 937H.

“The victim managed to escape and raised an alarm which attracted several responders from the community.  The suspects shot 6 bullets at them injuring three and killing one.  The deceased was identified as Lubinga Henry, a 24-year-old of the same address,” he told the press.

Mr Enanga added that the three injured persons who include; Arinaitwe Innocent, 41, Sunna Hamza, 22, Kalema Bumbakali, 47 who were rushed to Mulago National Referral Hospital and on treatment

According to Mr Enanga, the suspects abandoned their motorcycle, two bags containing 6 rounds of ammunition, a power bank and clothes, an Itel Black Mobile Phone during their escape.

He further urged proprietors of all mobile money outlets to always take care while transacting business by increasing vigilance and restricting the amount of cash on them. 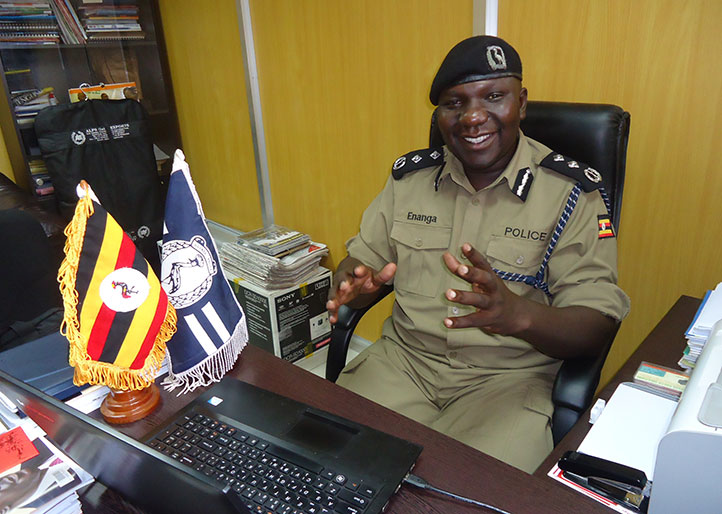