KAMPALA – President Museveni, also commander-in-chief of the Uganda People’s Defense Forces – UPDF has on Thursday made some expected changes in the command, naming his son Lt. Gen. Muhoozi Kainerugaba, commander of the Land Forces.

In the new leadership, Mr. Museveni has promoted and appointed his former ADC Gen. Wilson Mbasu Mbadi as the new Chief of the Defense Forces (CDF).

Gen. Mbadi replaces his former boss, General David Muhoozi who is now the State Minister for Internal Affairs in the new cabinet, for whom he was deputy.

Gen. Mbadi will be deputized by Lt. Gen. Peter Elwelu who has been the Commander Land Forces.

Gen. Elwelu will be succeded by Museveni’s son Lt. Gen. Muhoozi Kainerugaba who has been the Commander of Presidential Guard Unit – the Special Forces Command (SFC).

Maj. Gen. Leopold Eric Kyanda as the Joint Chief of Staff and Brig. Peter Chandia as the Commander of the Special Forces Command (SFC).

The former Joint Chief of Staff, Lt. Gen. Joseph Musanyufu has been sent to civil service.

It’s not clear whether he will be appointed PS, Ministry of Defence. 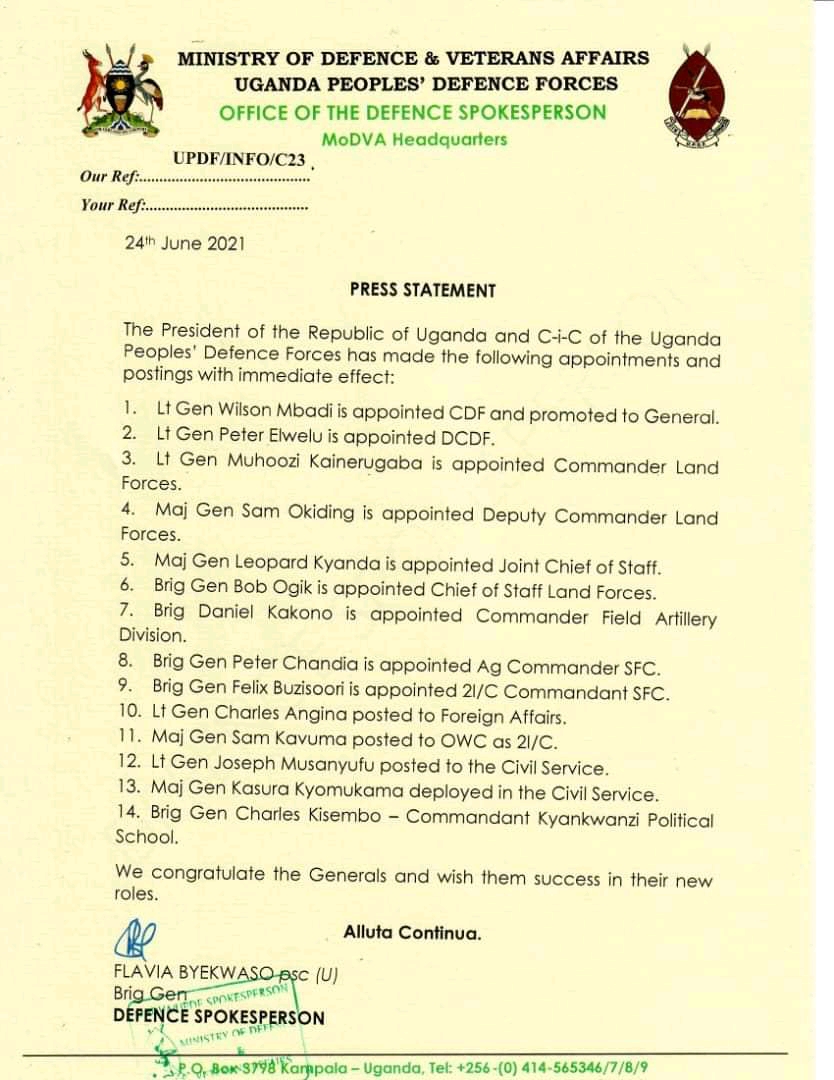 Lt. Gen. Charles Angina has been posted to Foreign Affairs