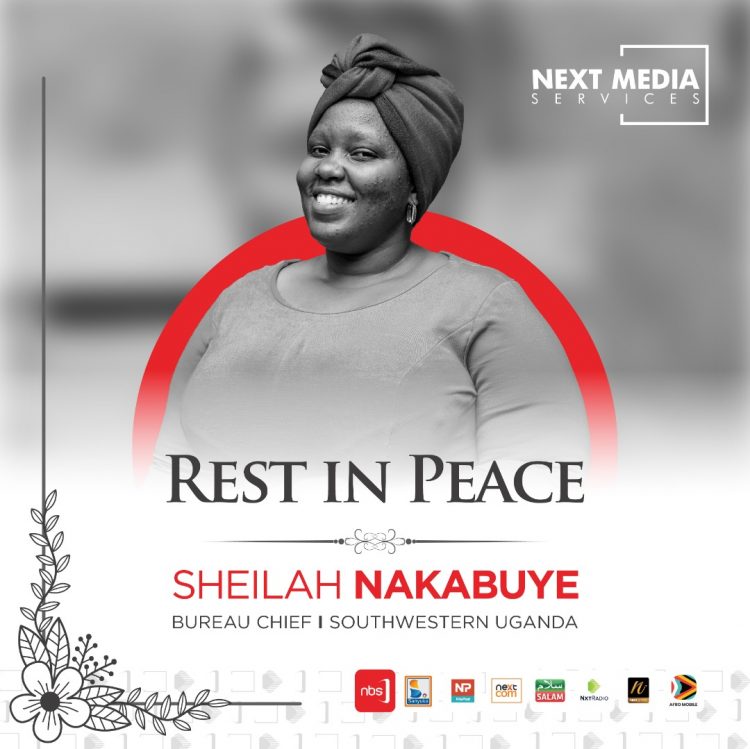 “It is with great sadness and heavy hearts that we announce the passing of our colleague and Bureau Chief for Southwestern Uganda, Sheila Nakabuye”.

“Sheila [Nakabuye] passed on this morning May 17th, 2021 at Mbarara Referral Hospital.

“Rest in Eternal Peace Sheila! You will be missed dearly”

Mugumisa said Nakabuye was a hard worker who’s positivity “we shall all miss greatly.”