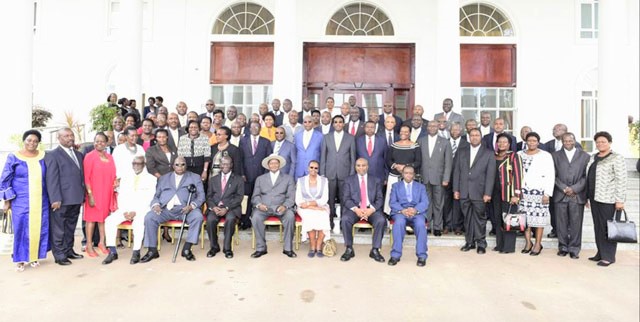 ENTEBBE – President Yoweri Museveni on Monday hosted a farewell luncheon for Cabinet after their second last meeting of the 2016-2021 term of office.

“On behalf of NRM, I thank you collectively and individually for serving your country for the last five years,” Museveni told his cabinet, before formally dissolving it.

Mr Museveni, who won another five-year term of office during the January 14 – general elections, will, shortly after swearing in on May 12, name a new team for the 2021-2026 term.

Her spokesperson Linda Nabusaayi said the luncheon was in honour of the outgoing cabinet.

“The last meeting will be next week when cabinet confirms the minutes,” she wrote.