Inside URA FC: CG visits the Arena of Visions 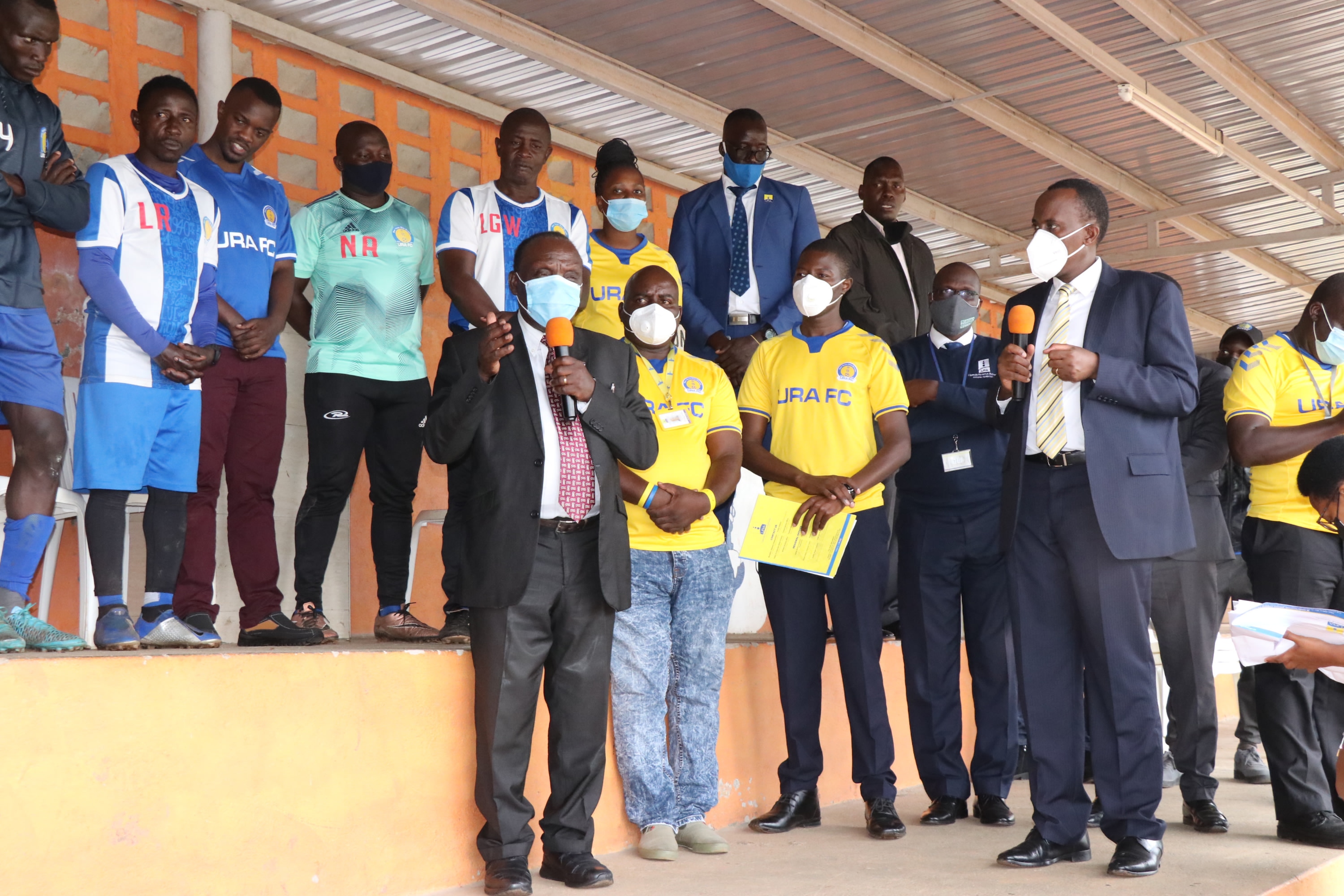 This was his second visit to the club since assuming the role of club patron in 2020. The first visit happened early this year in January at the URA FC training ground at Hormisdallen Primary school in Gayaza.

The visit was at the Arena of Visions – Ndejje University where the club hosts it’s home games. It was of great importance that he reached the surface as highlighted in his speech to all club stakeholders present for the function.

This courtesy visit can’t have come at the right time given our title charge. There are indeed no prizes for guessing the ultimate reasons this scintillating get together. 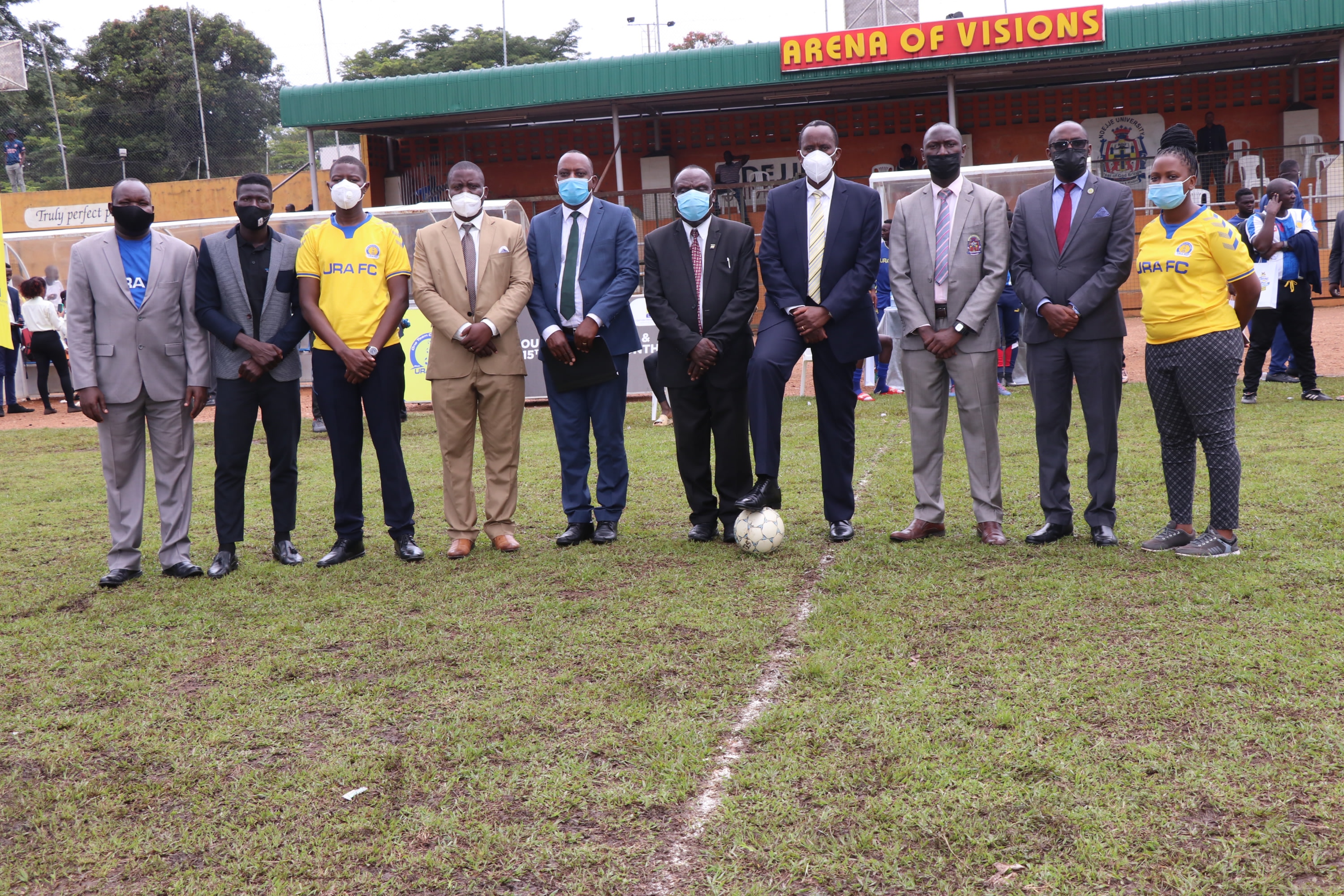 Motivation of the squad to maintain the momentum on top of summit and dutifully see out the remaining nine league fixtures so as to claim the holy grail when it’s all finally said and done would prove to be the core reason.

The function commenced at around 11am the moment the guest of honor arrived.

The club chairman, Dr. Micah Gaalya who was charged with the responsibility of inviting the patron to give a speech took centre stage. He would highlight a few milestones he has seen the club reach during his short stint.

He had this to say: “We welcome you dear Patron and we can’t be any happier to see you. Your visit means a lot to us and I’m sure it’s a motivation to the team to even fight harder in the remaining 9 games of the season so as we remain on top of the table and win the trophy.”

At this moment, the club patron was to take over. As expected, he thanked the team for spreading the “tax payment gospel” and highlighted how impressed he left about the club’s receng form. 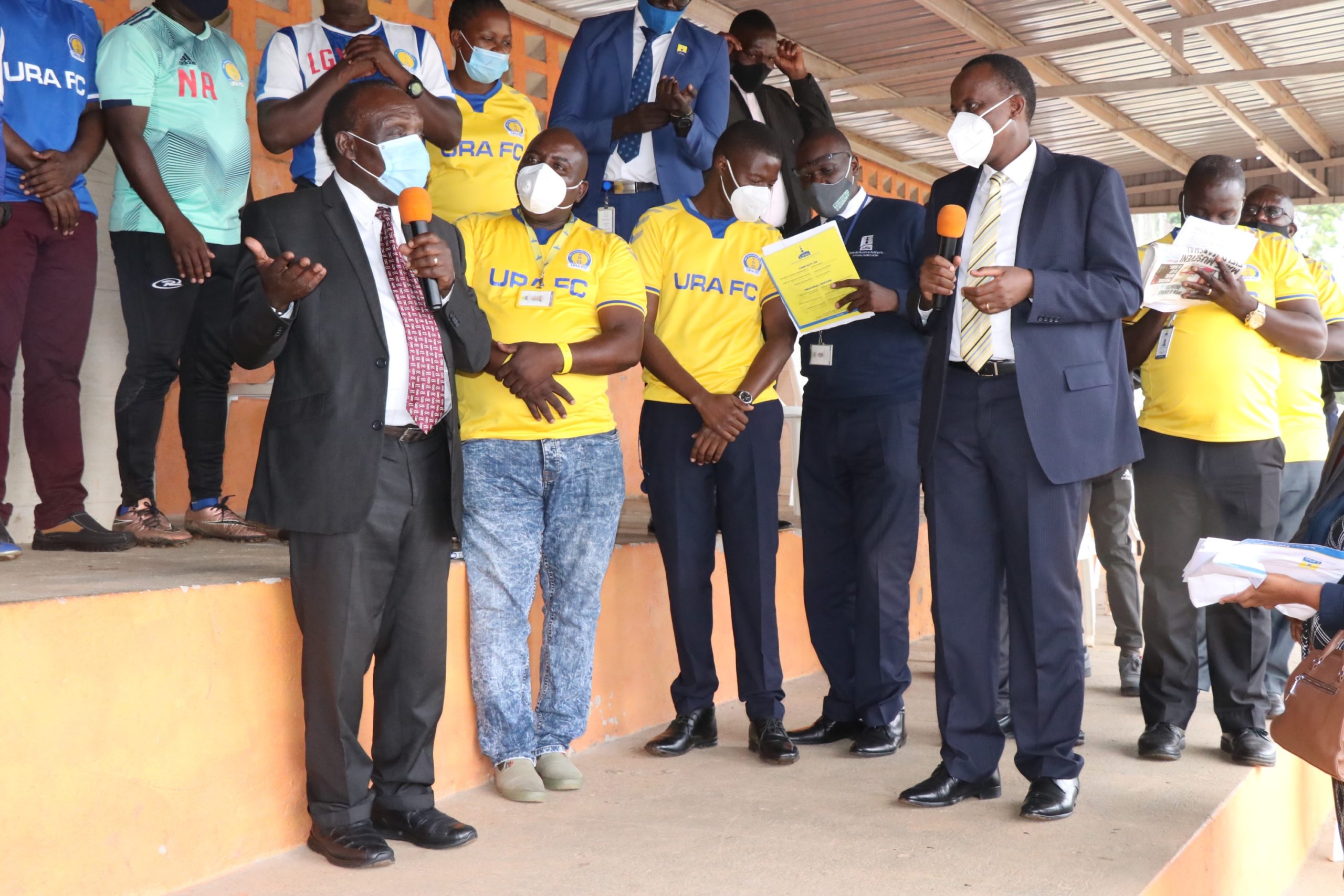 He comprehensively said the following:
“I would like to thank the Board of URA FC, the coaches, players and secretariat for making us this proud. As you hit your target of climaxing the season with a trophy, we also as the tax body want to hit our tax collection target this financial year. The God who has brought us this far will be with us till the end.

With the speech concluded, the patron spared team to accept gifts from the team before he gave gifts to them in return. A gesture so flamboyant especially now that we are in the last bend of the season.

URA FC have only nine games left to complete the season. The fixture starts with a home game against Onduparaka FC this Friday 7/5/2021.

URA FC finished the first round unbeaten away from home and with this impressive form, the team still sits top of the summit with a point clear of the second placed team.