Through his lawyers Muwema and Company Advocates and Solicitors, Onyango on April 6, 2021 served the two companies along with the Uganda National Gaming and Lotteries Regulatory Authority in regards to the matter.

Onyango who features for South Africa top flight giants – Mamelodi Sundowns claims that he came across several social media advertisements by the two companies promoting their products for The Uganda Cranes games against Burkina Faso and Malawi. The said adverts are understood to have bore his image yet he is affiliated to a competitor company. 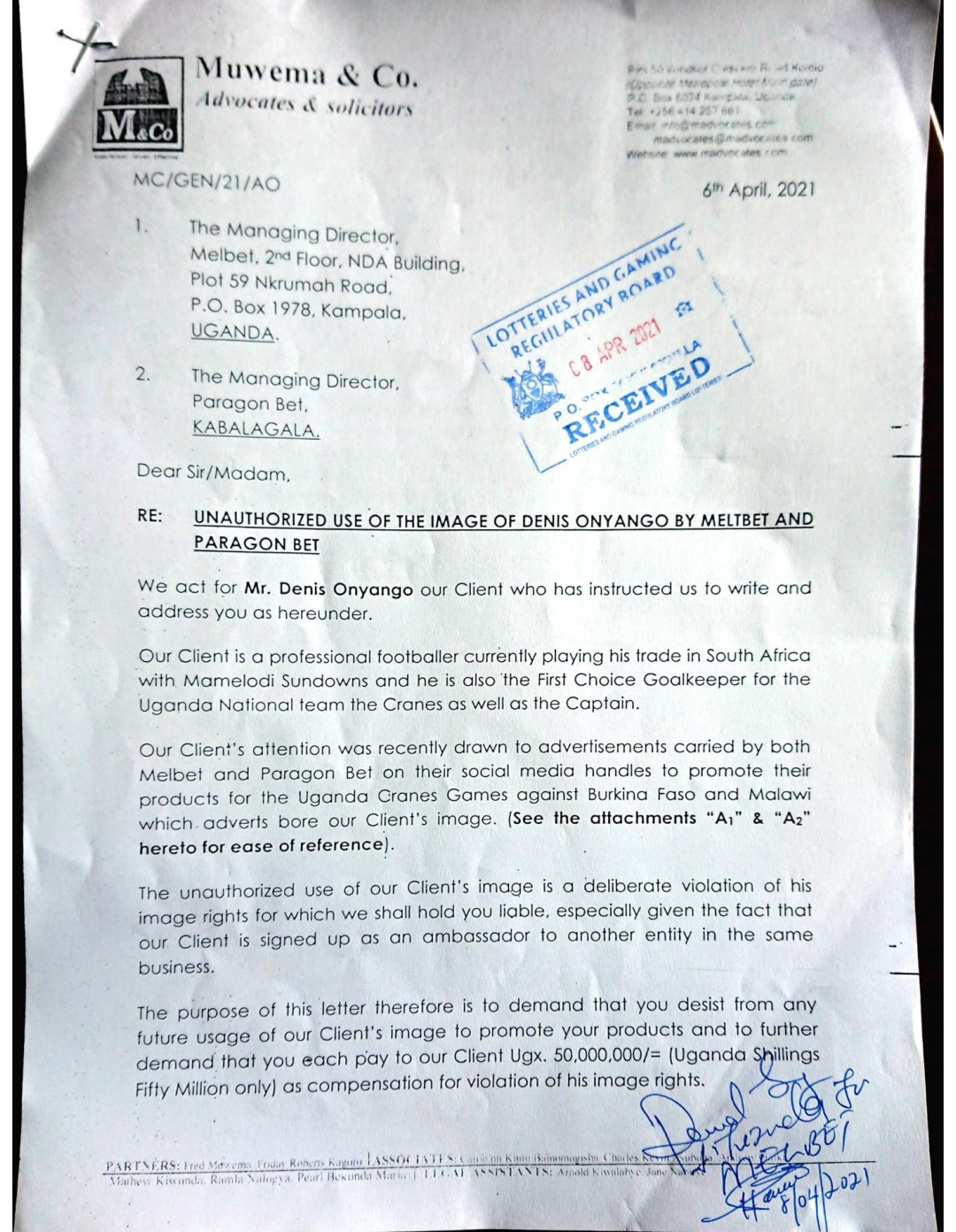 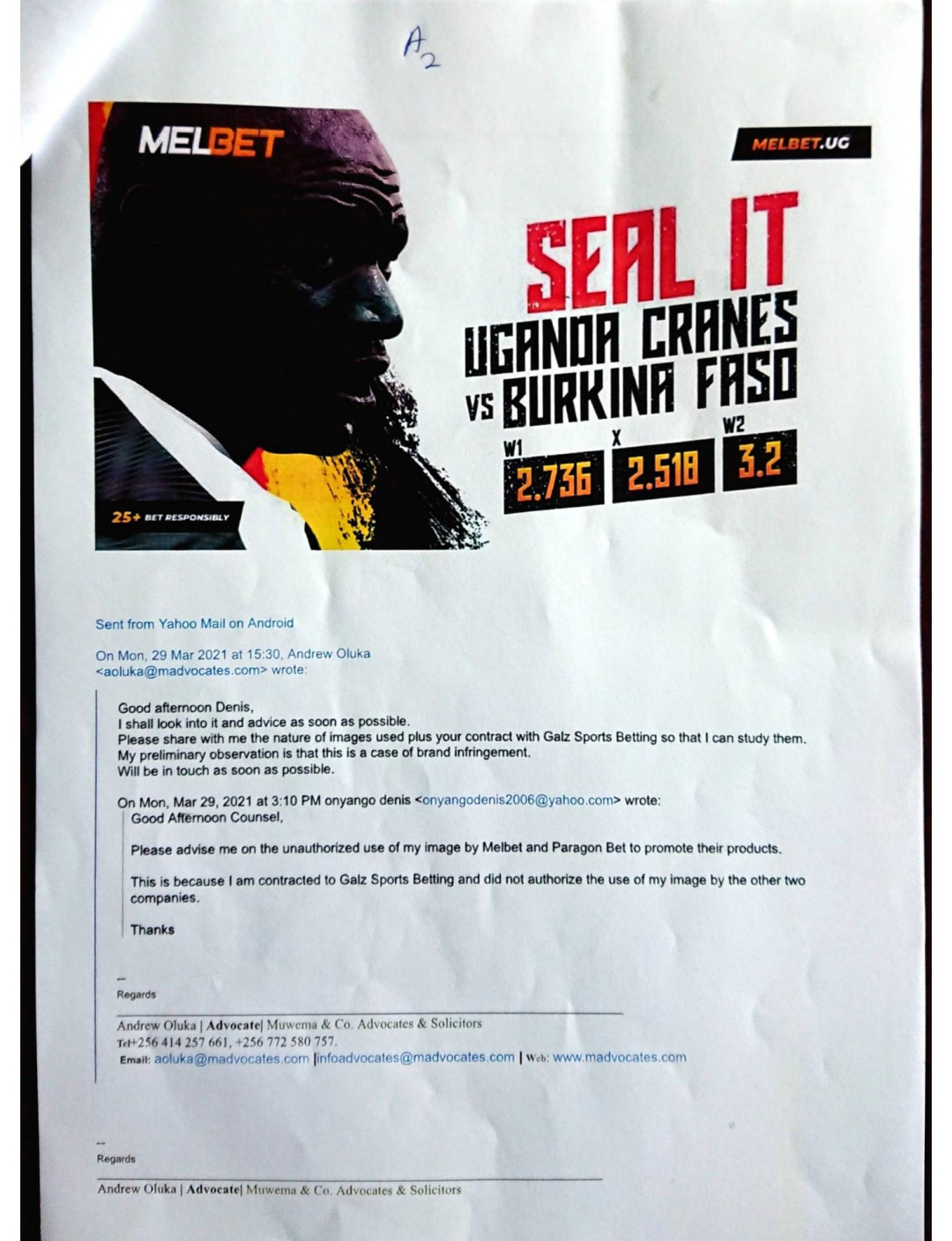 Onyango is an ambassador for GAL Sports Bet, a rival company to both Melbet and Paragon bet, hence the breach of image rights.

In the letter that was served to the Lotteries and Gaming Board, Onyango’s lawyers advise that the two companies desist from any future usage of their client’s image and also demand a sum of UGX 50M (Fifty Million Shillings) as compensation for violation of his image rights.

Muwema and Company Advocates and Solicitors also requests that the Uganda National Gaming and Lotteries Regulatory Authority reprimands the conduct of Melbet and Paragon Bet for the violation of image rights.