KAMPALA —  President Yoweri Museveni who is also the Commander-In-Chief of the armed forces has promoted 40 senior officers of the Uganda People’s Defence Forces – UPDF.

On the list is Brig. Kayanja Muhanga who coordinated security operations in Kampala during the just concluded elections.

Brig. Muhanga previously served as Commander of the UPDF contingent in Somalia and earlier, in 2014, led the UPDF operations in South Sudan that halted Riek Machar’s march on Juba – saving the Salva Kiir regime. 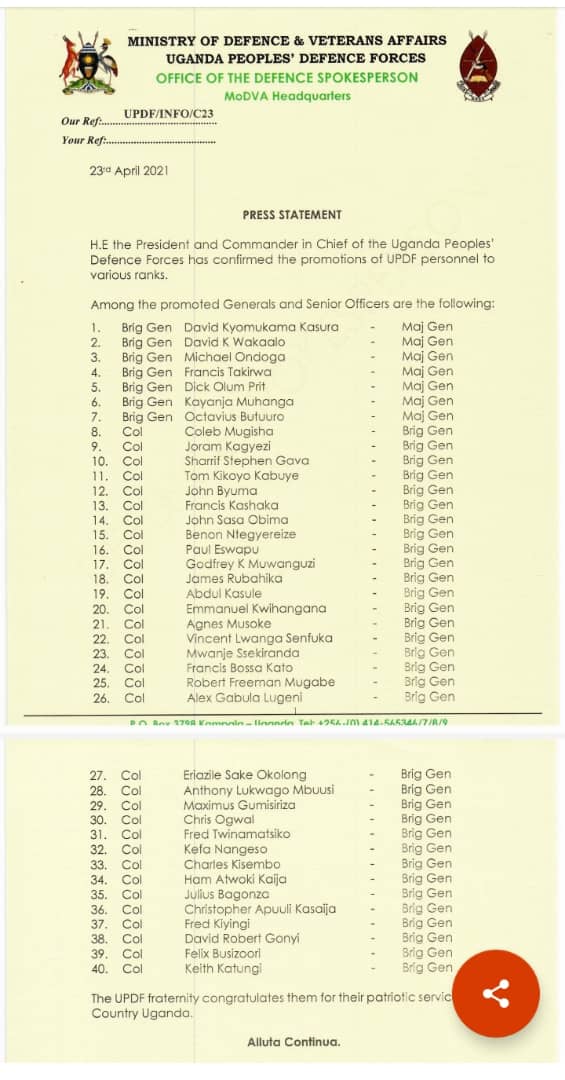