KAMPALA – Shortly after promoting 40 senior officers of the Uganda People’s Defence Forces – UPDF, President Yoweri Museveni who is also the Commander-In-Chief of the armed forces has also promoted a thousand officers.

The army deputy spokesperson, Lt. Col. Deo Akiiki and Lt. Col. Edith Nakalema, the head of the Anti-Corruption Unit of State House are among the beneficiaries. 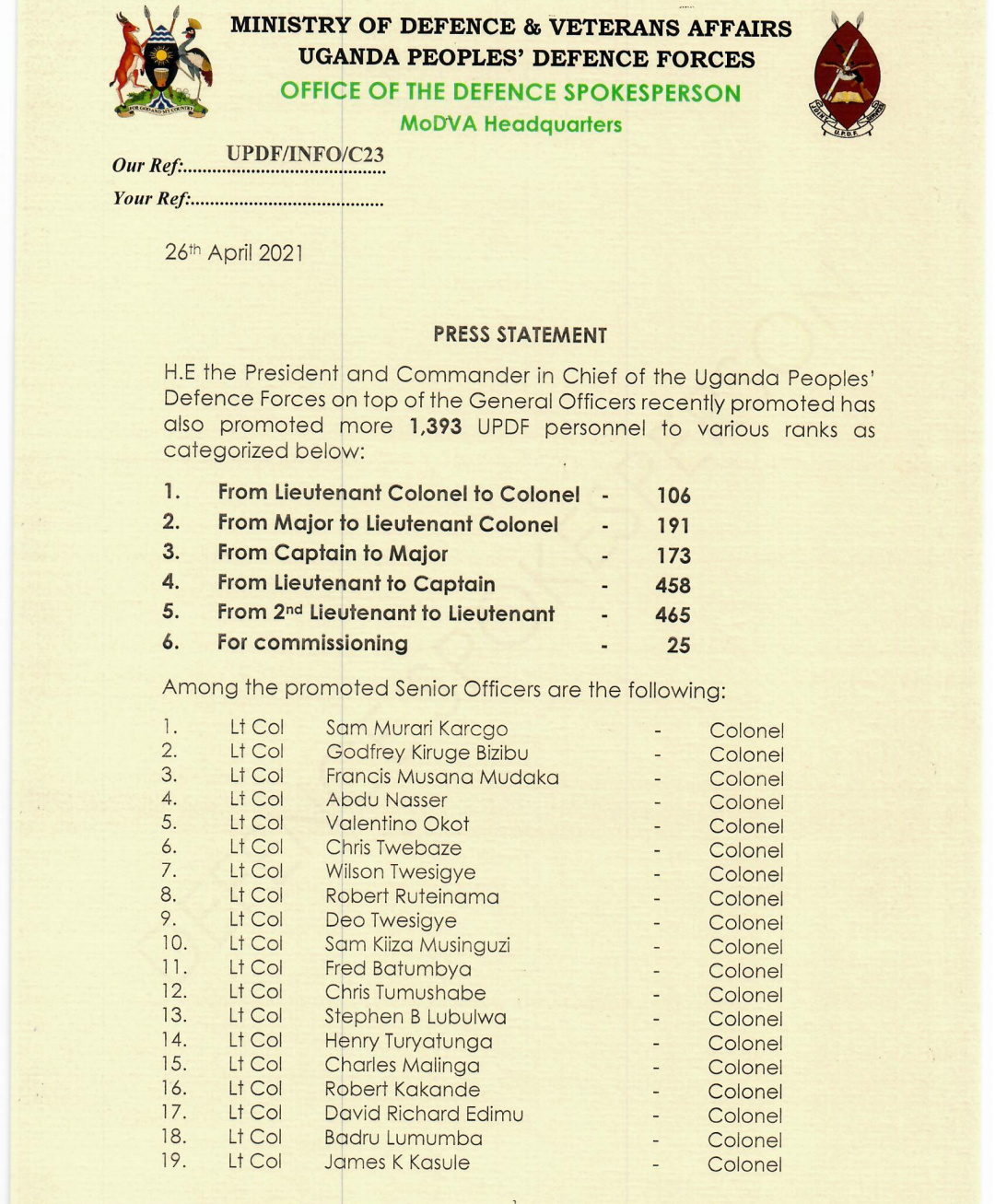 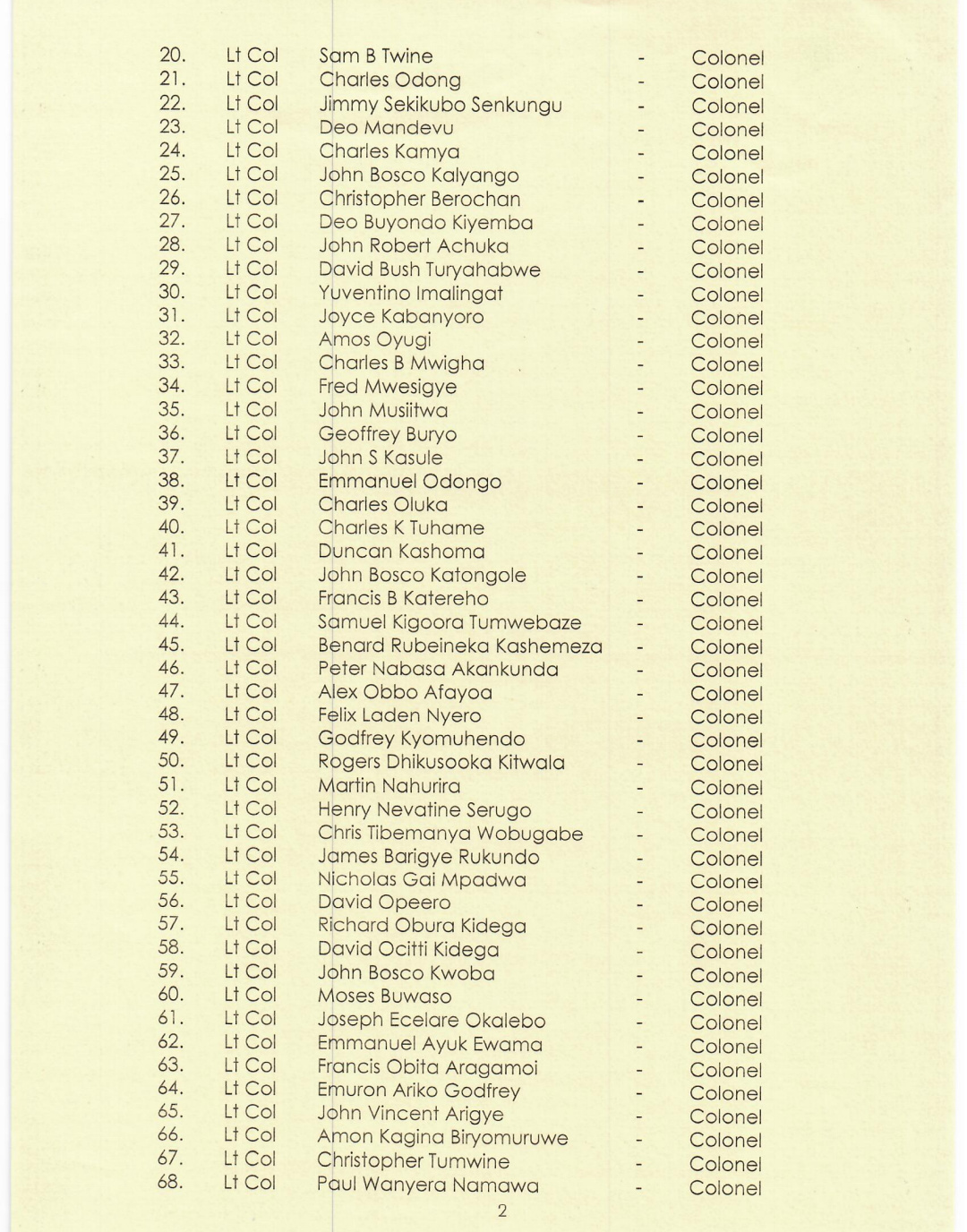 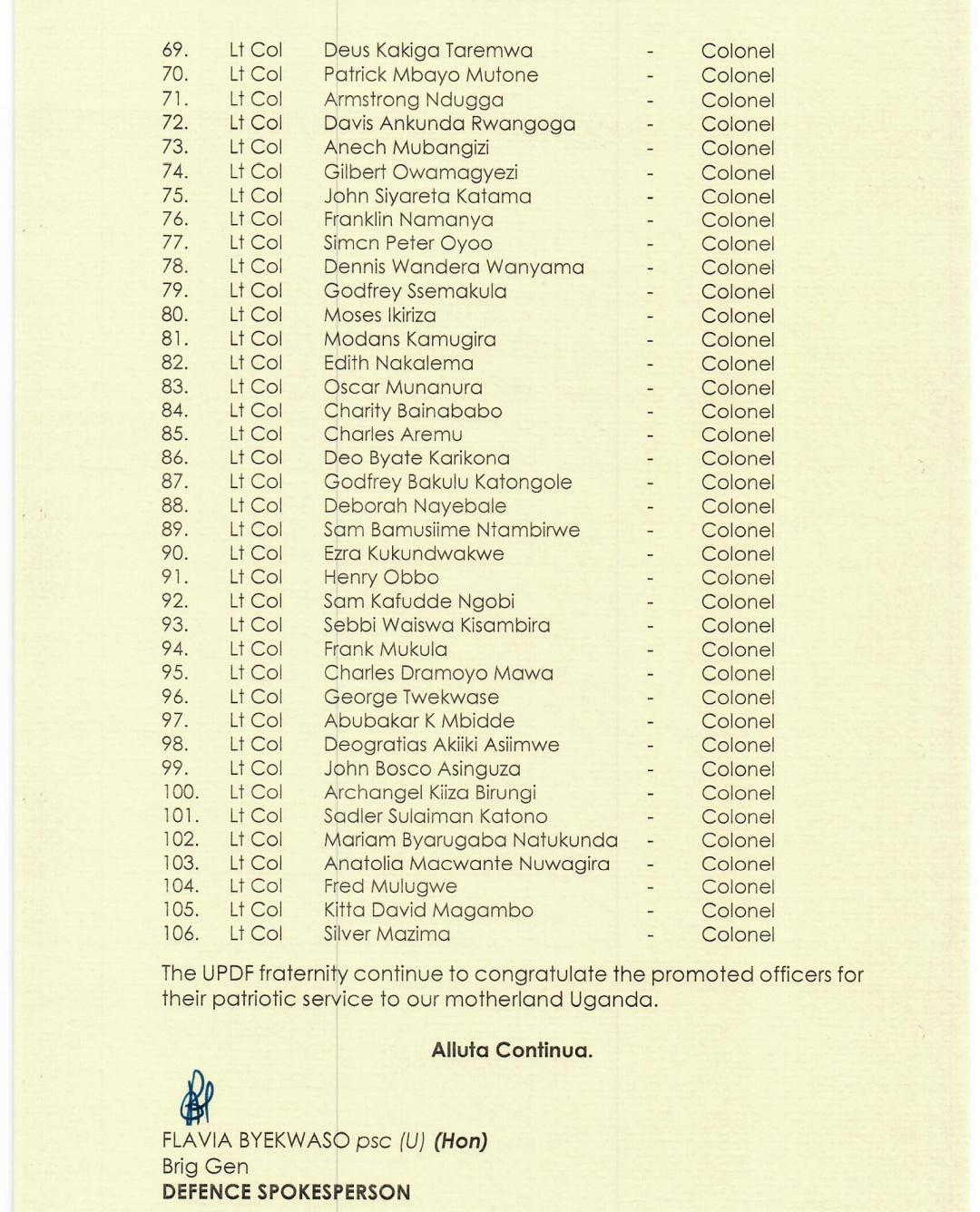