The training that started on the October 5, 2020, according to Army Spokesperson Brig Gen Flavia Byekwaso was aimed at equipping the trainees with knowledge on how to implement, supervise, enforce lawful orders and maintain general Military discipline by emphasizing Military drills, Military ceremonies within regiments, Units and squadron, re-emphasizing the pro-people stance of the UPDF, among others.

Presiding over the function, the Chief of Training and Recruitment Brig Gen Christopher Bbosa congratulated the graduates and told them that the course they had just completed bridges their previous and future career progression.

He noted that Uganda has attained peace and stability, thanking the tireless efforts of the UPDF supported by other security agencies and the peace-loving Ugandans.

Bbosa urged the graduands to venture in research, continuous reading and further training so as to develop individual and collective diverse competences to handle unique encounters.

“The skill demonstrations are a testimony that the trainees have been given a good foundation on which they can build on and such training speaks loudly to the continued professionalization drive in the UPDF,” he added.

He said a lot has gone on in the UPDF in terms of force generation and skills plus proficiencies development, and cautioned the Militants to remain healthy so that they are capable of undergoing further training to match technological advancements.

The Commandant Military Police Training School Lt Col Amon B Kagina congratulated the graduands and advised them to enforce discipline within UPDF Units, Regiments/Squadrons. He appealed to the graduands to go out to their Units, Regiments and Squadrons unlock and put into use what they have been imparted into while undergoing the short but intensive course, and the rest will be history.

“Never under estimate your potential while executing assigned tasks, however, be confident but humble while you serve your Country Uganda,” said the Commandant.

The commitment and accomplishment of every assigned task is derived from training and self-willingness to achieve the positive results which you were ably given in full dose. To accomplish this, good health, consciousness about any negative behavior like drunkenness, avoidable diseases such as COVID-19, HIV/AIDS, Hepatitis B and drug addiction should be desisted from, as these shall form the integrated platform upon which good performance and promotion shall be based. 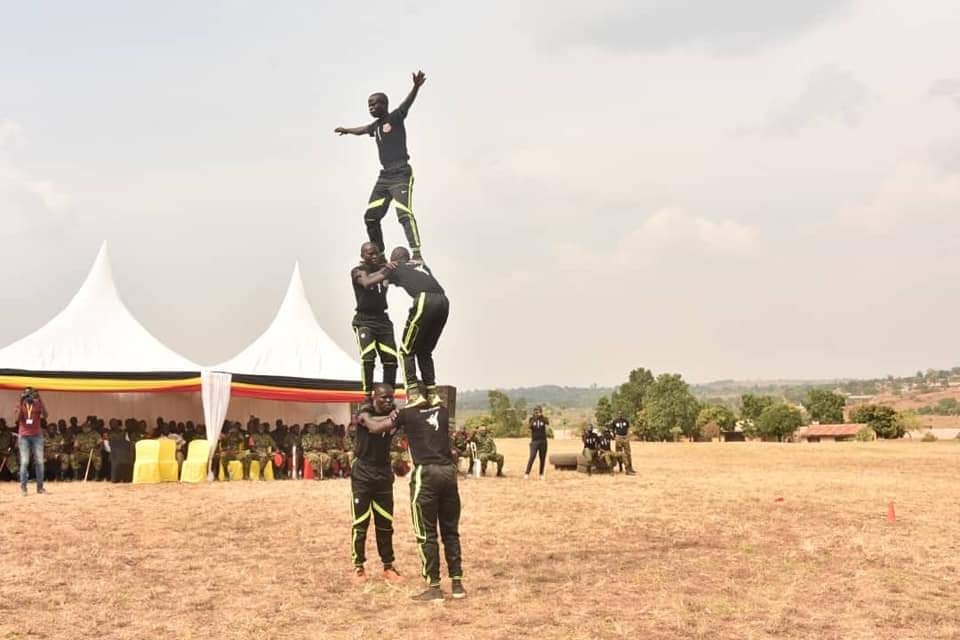 He wished them the best in the course of their duties and urged them to maintain the discipline exhibited while at MPTS and remain focused.

The L.C 1 of Masindi District Mr Francis Turyatega commended the determination of the newly passed out Regimental Police Militants and asked them to carry on the mantle of the revolution that was started by their predecessors in the liberation struggle of the country.

As we celebrate your achievement today, we should be reminded of your military history and those who sacrificed for this country. He further told them to always use the skills acquired to protect the citizens of Uganda rather than taking lives.