KAMPALA – Three people are confirmed to have died while another 34 sustained serious injuries as police and the military confronted supporters of NUP Robert Kyagulanyi, aka Bobi Wine, who were demonstrating over the arrest of the Opposition presidential candidate on Wednesday, 18 November 2020.

Police confirmed the deaths but did not give details. “We do extend our sympathies to their families. The cause of death will be revealed after conducting post mortem examination. A total of 34 people sustained injuries during the violent confrontations and were rushed to Mulago National Referral hospital for further medical attention,” Police Spokesman Fred Enanga said on Wednesday evening.

Protests ensued in down town Kampala and in Masaka as news filtered through Bobi Wine had been arrested in Luuka. Kyagulanyi was arrested in Luuka district on Wednesday while addressing a campaign trail, which according to the police, was against the Electoral Commission directive of having not more than 200 people. He was transferred to Nalufenya in Jinja.

Mr Enanga explained that the NUP presidential candidate and his party members sought to undermine the integrity of the Electoral Commission, by refusing to abide to a peaceful conduct of the campaigns. 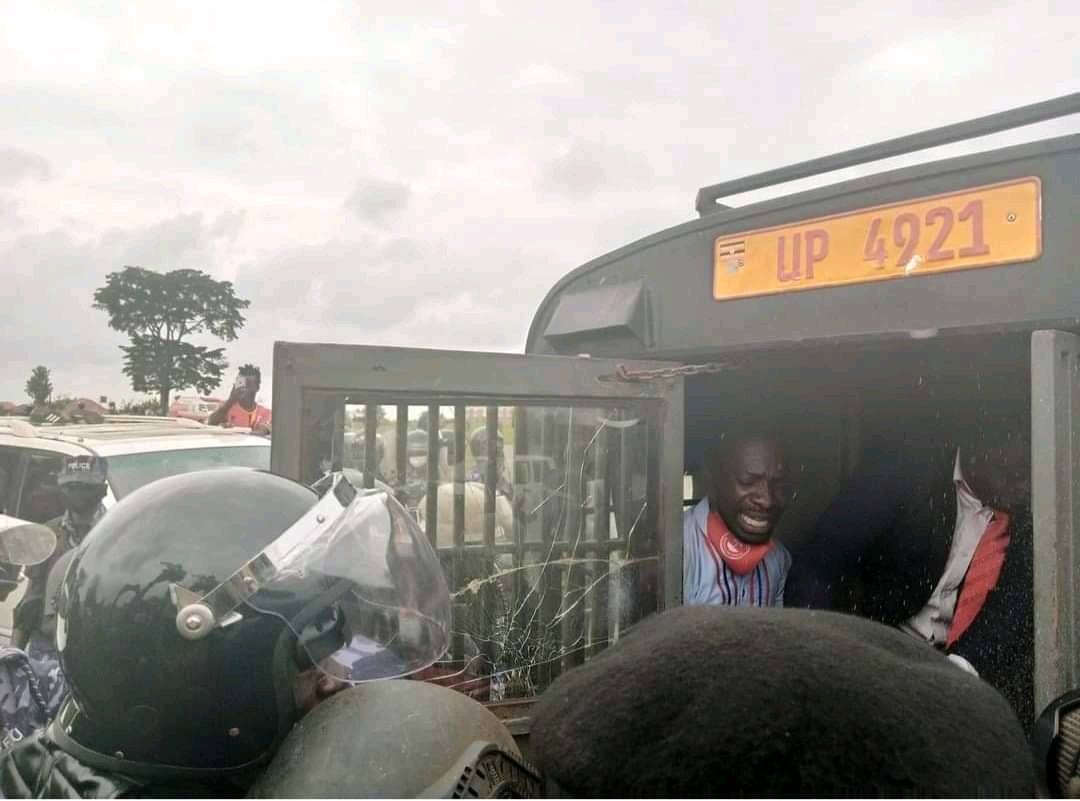 “His campaign trail from West Nile, to Acholi sub Region, Teso, Bugisu and Busoga, raised stakes for possible riots and public disorder. The arrest as anticipated by our Joint Intelligence components, sparked off incidents of violent demonstrations especially in the areas of Masaka, Jinja , Kampala city and its suburbs of Bwaise, Kyaliwajjala , Nabweru, Kalerwe, Nansana and Mukono,” Mr Enanga said.

“In Mityana we blocked a group of youth who were being transported to reinforce colleagues in Kampala. The violent demonstrators set up illegal roadblocks and burnt tyres, violently attacked law enforcement personnel in the city Centre. We have also registered other crimes of looting, vandalism and robbery by hooligans who take advantage of these violent demonstrations. We do strongly condemn the tactics used by NUP and those groups that continue to breach the Electoral Commission guidelines during the campaigns. Such acts only promote further violence and lawlessness amidst the threats of Covid-19. We believe it is one of the steps to prepare their adherents into inciting violence and further accelerate their goal of a civil uprising like they have always threatened,” he added.