The Emperor is naked! Bobi Wine hits at EC over Museveni academic credentials, change of name

Bobi Wine aimed the dig at the Justice Simon Byabakama—led commission after incumbent President, Yoweri Museveni changed his name for the first time in 35 years to allegedly correspond with his academic papers.

In a document dated October 6, Museveni undertook a deed poll and a legal deed to formalize a change of his name. 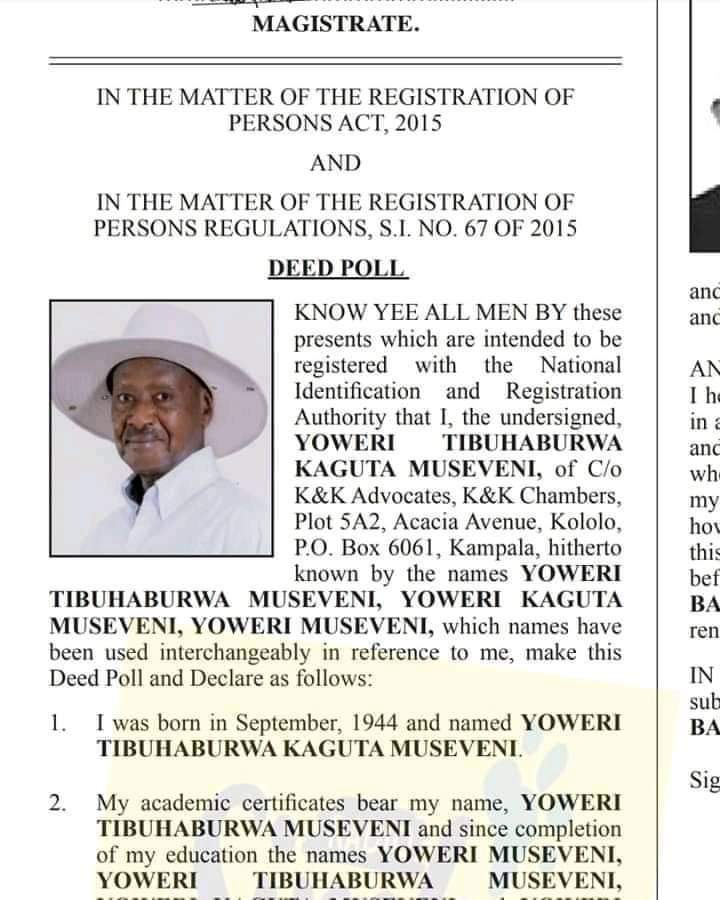 Bobi Wine said it is close two months now ever since the Electoral Commission quickly released his academic documents and refused to release the documents of Mr. Museveni.

“The Commission came up with all sorts of excuses for not releasing Museveni’s papers but now we know why,” he said.

In this Deed Poll, Bobi Wine added that the man (Museveni) who has participated in the previous six elections, purports to legally change his names for the first time, adding that this brings critical questions.

“How has he been nominating all these years? Was he ever legally nominated? Is he then in office legally? Did he actually possess the required documents? The Electoral Commission which claims to be independent, why did they not release the documents and let Gen. Museveni sort out the name thing at that time?”

He said that evidence is all over that Ugandans still live under military rule- a dictator in a suit and that “we must not waste any valuable time lying to ourselves that a system like this one will give us our freedom on a silver platter. We shall and must struggle for it.

He noted that his legal team is pushing this matter forward.