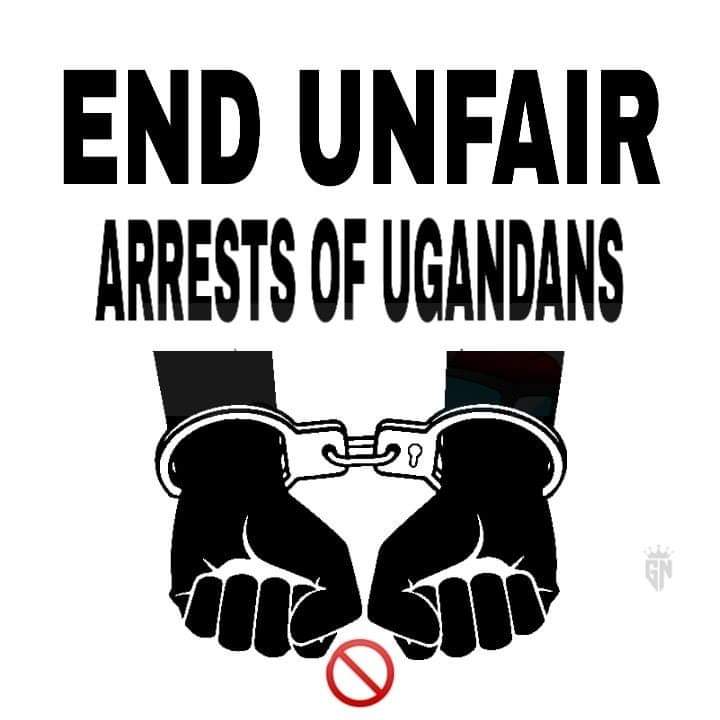 Before Kyadondo East Legislator and 2021 presidential hopeful Robert Kyagulanyi Sentamu adopted Red as his signature color for his People Power Movement, it used to be a normal color but it has been turned into a political shade.

According to the Big Muzik Boss, before NUP or People Power was born, people used to wear red attires in peace but he is surprised on how putting on this color has now turned into a crime.

Through his social media platforms, the self-proclaimed Star boss claimed that he was very hurt when he saw Uganda Police arresting youth who were found wearing red, and according to him, it was unlawful, unfair and a violation of human rights.

“As a fair Ugandan, honestly why would you arrest someone for putting on a Red attire? We have been putting on this color for many years. I felt very sad when I saw young people being taken to Kitalya prison just because they were found putting on a red color. That’s unlawful, unfair and violation of human rights,” Big Eye posted.

Big Eye has been vocal and spot on with political issues. Earlier on in June, the singer resurrected an issue of 2011, and threatened to sue the NRM and President Museveni for Shs270m.

Through his lawyer Jonathan Kiryoowa, Big Eye claimed that in the year 2011, he was part of Museveni’s campaign trail as a performing artiste and his ‘energetic’ performances partly contributed to the re-election of Museveni.

“It suffices to mention that our client ought to have been fairly and reasonably remunerated not only on contractual basis but also on grounds of intellectual property law,” the notice to sue read.

“Bearing in mind that one of the ideologies of NRM is Economic Liberalism and the NRM has continuously been seen to respect individual and private rights, we hereby demand that you pay our client a sum of Shs 270million being the full settlement of the claims he has against you jointly or severally,” the notice continued to read.