KAMPALA – Artiste Ronald Mayinja on Thursday, August 6, 2020 used his unveiling as a member of the People Power movement to hit at President Museveni whom he said has nothing new to offer to the country.

Mayinja, who admitted meeting Mr Museveni late last year, said he concluded that the head of state, who has been in power for 35 years, has nothing more to offer to the country and should retire.

“Yes, it is true I met President Museveni. Though, I never met him to get money because there’s no money even that side. I only met him because had questions whose answers could only be given by Museveni himself but from that meeting, I confirmed Museveni has nothing more to offer his country,” the artiste told jubilant People Power supporters at the movement offices in Kamwokya, a city suburb.

Mayinja also revealed that in his conversation with the Head of State, he discovered that he has no agenda for the challenges facing the country other than keeping in power.

“To my surprise, that’s not what he is thinking about. All of his focus is on winning the next elections. To every question I asked, the only answer he always gave was, ‘don’t worry about that…. We still have support. We’ll win the election.’ He completely has no plans of changing his policies. His plans are to continue with the same policies which have left the youth unemployed,” he added.

Mayinja says the main reason why he has returned to be part of the revolution. 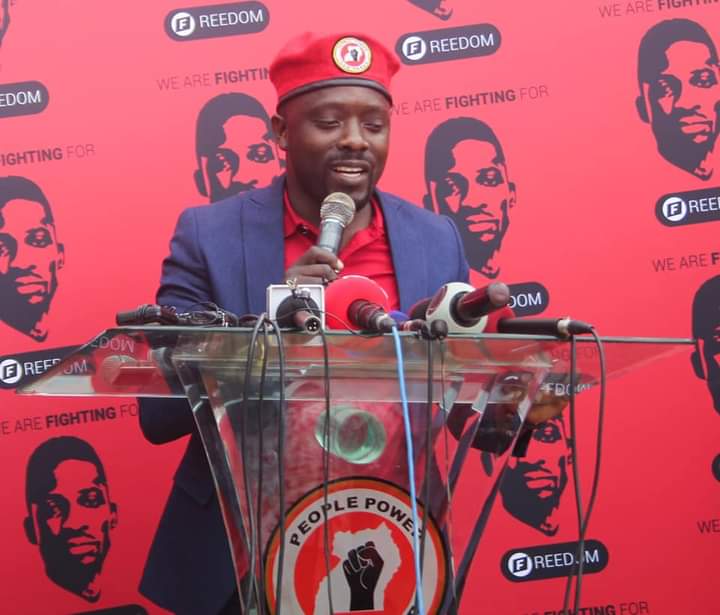 “We are in a struggle and light is visible at the end of the tunnel. I have returned home not because I am going to contest in the next elections. No. I am not contesting in next elections. I only returned home so that my name counts among those who liberated our country. I call upon my fellow artistes who are still on the NRM side to join the struggle because there’s no future on that side.”