Bobi Wine, real name Robert Kyagulanyi featured alongside UNESCO ambassador of Goodwill Forest Steven Whitaker an American actor, producer, and director who earned a reputation for intensive character study work for films such as Fast Times at Ridgemont High, Bird, The Crying Game, Platoon, Ghost Dog: The Way of the Samurai, The Great Debaters, The Butler, Arrival among others. 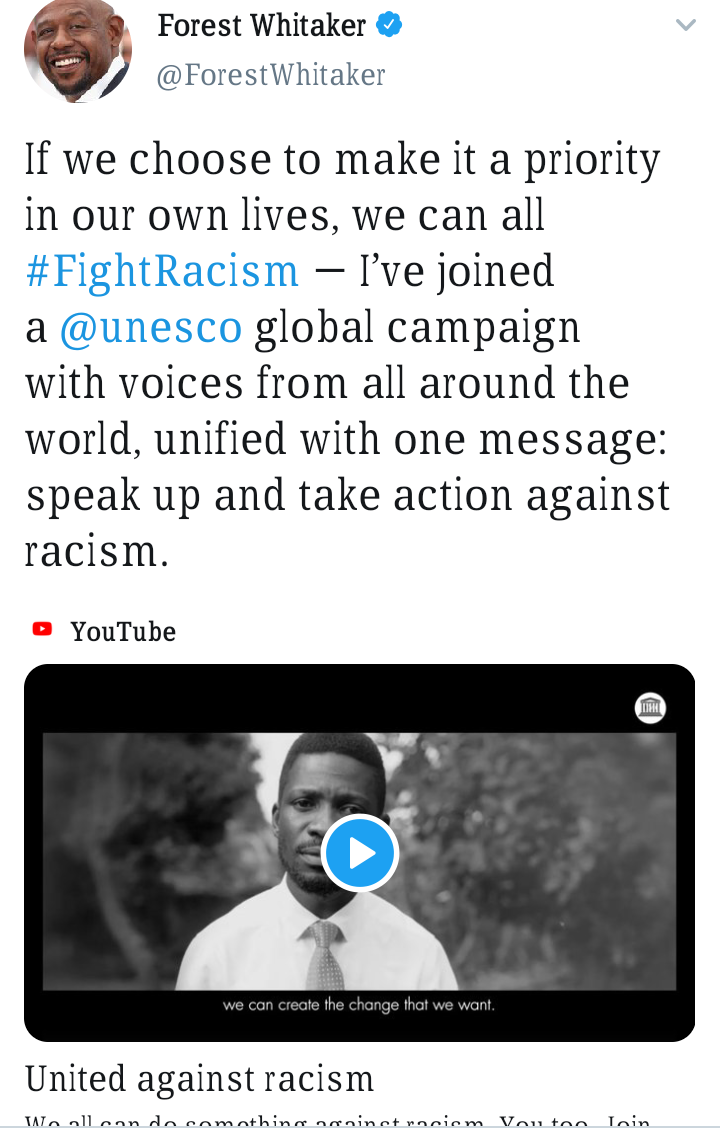 The 2’41” black and white film features messages by prominent women and men from the worlds of cinema, the media, music, sport and science alongside UNESCO Director-General Audrey Azoulay.

UNESCO has been on the forefront of the fight against racism since its creation in 1945.

In 1978, it adopted the Declaration on Race and Racial Prejudice which reaffirms that “All human beings belong to a single species and are descended from a common stock. They are born equal in dignity and rights and all an integral part of humanity.”