The CDF said that the operations against the Al-Shabaab insurgents will be much easier with the presence of air support.

“The presence of airpower will offer us extensive asymmetric advantages over the unconventional and `dispersed enemy in Somalia. With air assets, we will be able respond quickly with precision fires or inject a quick reaction force once the enemy assembles,” he said.

He added that the presence of air assets will also not only guarantee dominance of firepower for the UPDF over the enemy but also provide marked advantage on technical intelligence, among other benefits.

“Once eventually fully injected on the operation theatre with all the assets, we are confident that you will provide the ground forces with the necessary firepower that was missing to subdue the enemy. Airpower is also an important intelligence capability, enhancing surveillance and reconnaissance that we have been operating without for over a decade,” he said, urging the Air Force team to fully cultivate the advantages they can offer to the ground forces so as to bring a quick end to the Al-Shabaab menace.

The Commander Air Forces, Lt Gen Charles Lwanga Lutaaya said the deployment is based on a tripartite Memorandum of Understanding between the African Union, United Nations and Government of Uganda. 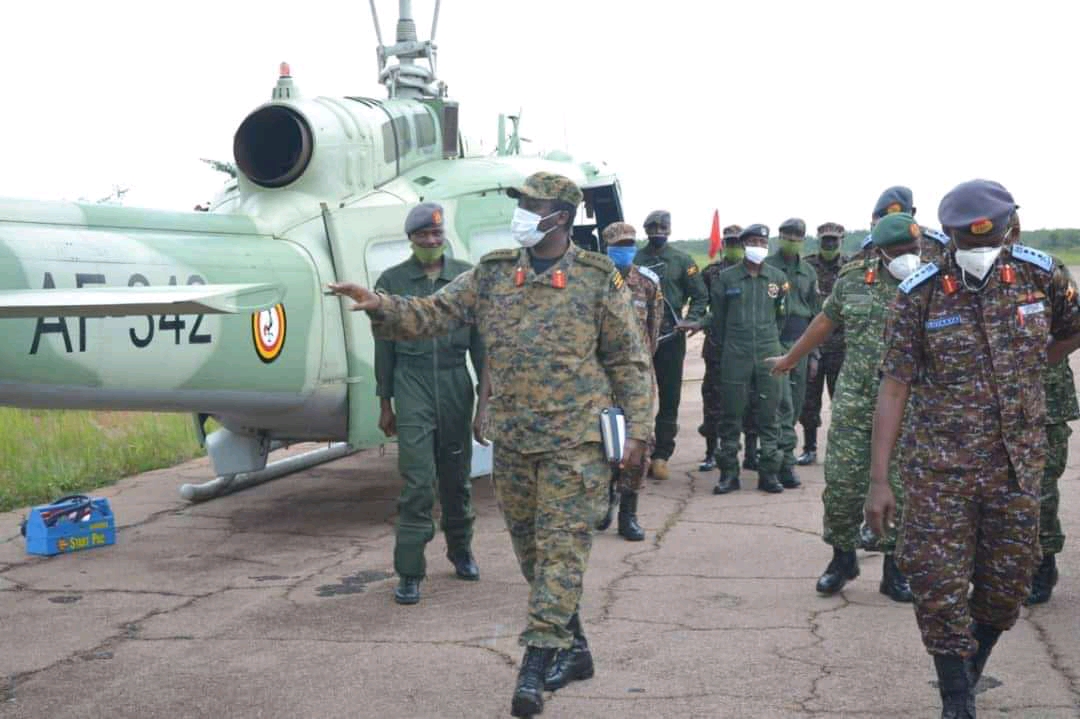 Lt Gen Lutaaya noted that the UPDF Aviation Unit should have deployed earlier but it was affected by a setback of the 2012 aircraft crash on Mt Kenya during deployment phase.

“Despite the air crash set-back, UPDF-AF vision was not exterminated. We learnt from that tragedy and have put energies together over time with the support from our partners to form an Aviation Unit that is ready to deploy for AMISOM operations,” said Lt Gen Lutaaya.