MASINDI – Members of the Committee on Legal and Parliamentary Affairs visited Masindi High Court on a fact-finding exercise.

The legislators who were led by Hon. Robina Rwakoojjo Gureme, were on Wednesday, June 10 received by the Masindi Resident Judge, Gadenya Paul Wolimbwa.

They said they wanted to know the workload at the circuit, establish the level of case backlog as well as assess the mechanism and methods that the Court is using to address case backlog.

These, equally wanted to inspect the infrastructure for delivery of justice, determine the efficacy of Plea Bargain and Alternative Dispute Resolution (ADR) programmes in addressing case backlog and determine the extent to which the courts are implementing the Gender and Equity Strategy.

Justice Gadenya, who was accompanied by Mr Kintu Simon Zirintusa, the Assistant Registrar; Mr. Kule Moses Lubangula, Chief Magistrate; Ms. Aber Irene, Magistrate Grade I; and other staff from the circuit, led the Judiciary team that interacted with the MPs.

He said the Circuit as at May 30, had completed 977 cases in the current financial year and that 2,163 cases, were pending. He added that out of the pending cases, 1,516 were backlogged.

Justice Gadenya then took the MPs through some of the interventions that the circuit has put in place to reduce backlog that now stands at 70 per cent, which include holding civil and criminal sessions, intensifying the use of Plea Bargain, weeding out unmeritorious cases by both the Office of the Director of Public Prosecutions and the Courts and effectively management of cases.

Some of the issues raised by the MPs included how the Court was using ADR to reduce case backlog. In response, the Assistant Registrar explained that he does most of the ADR sessions assisted by a religious leader from Hoima resulting in a completion of 128 cases in the same period.

The legislators advised that given the plurality of our society, it is important for the Court to involve religious leaders from different faith and civic leaders representing the different interests in society in ADR to avoid complaints of bias and to raise confidence in the process.

They also recommended training of mediators both within and without the legal sector to increase the capacity of the court in dealing with cases outside the traditional mechanism of adjudication, which is time consuming, slow and costly.

The Judiciary was urged to operationalise the Registry of Mediation and give its own staff to concentrate on ADR, instead of relying on judicial officers who are over burdened with adjudication and over worked.

On the Chain Linked Programme, the MPs wanted to know how the court and the Office of the DPP were working together to reduce criminal case backlog, particularly in weeding out unmeritorious cases and speeding up trials.

They were informed that the Masindi Chain Linked Programme was last year recognised by JLOS as the best performing DCC in the country.

The MPs were informed that because of the Chain Linked Programme, the Masindi Chief Magistrates’ Court has only 75 backlogged criminal cases.

On reducing case backlog, the lawmakers recommended that the jurisdiction of Magistrates should be enhanced to relieve the High Court of some cases.

It was proposed that the jurisdiction of the Chief Magistrate should be increased from Shs50 million to Shs200 million to suit the current economic realities.

The Judicial Officers were advised to prepare cases adequately before going to court since early and efficient preparation of cases is essential to the timely disposal of cases.

On addressing gender equality, they advised the Judiciary to use the electronic media to sensitize the public about the evils of gender based violence and inequality in society.

As a means of ensuring self-sustenance and growth, judicial officers were advised to engage in economic activities instead of only waiting for salary and enhanced retirement benefits. It was noted that expanding the economic wellbeing of judicial officers would reduce incidents of corruption in the administration of justice.

The Resident Judge thanked the legislators for finding time to interact with the Judiciary at the grassroots where justice matters matter most to the common person. 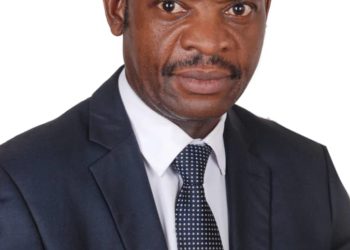