KAMPALA – The Uganda National Roads Authority (UNRA) has closed the 117 kilometer road that connects Kampala to Karamoja through Mbale, Sironko and Nakapiripirit.

On Saturday May 2, Nakapiripirit received heavy down pour that caused floods displacing about 500 families.

The floods killed hundreds livestock in the sub county before washing away the main bridge of Amaler that links Nakapiripirit to the rest of other districts. 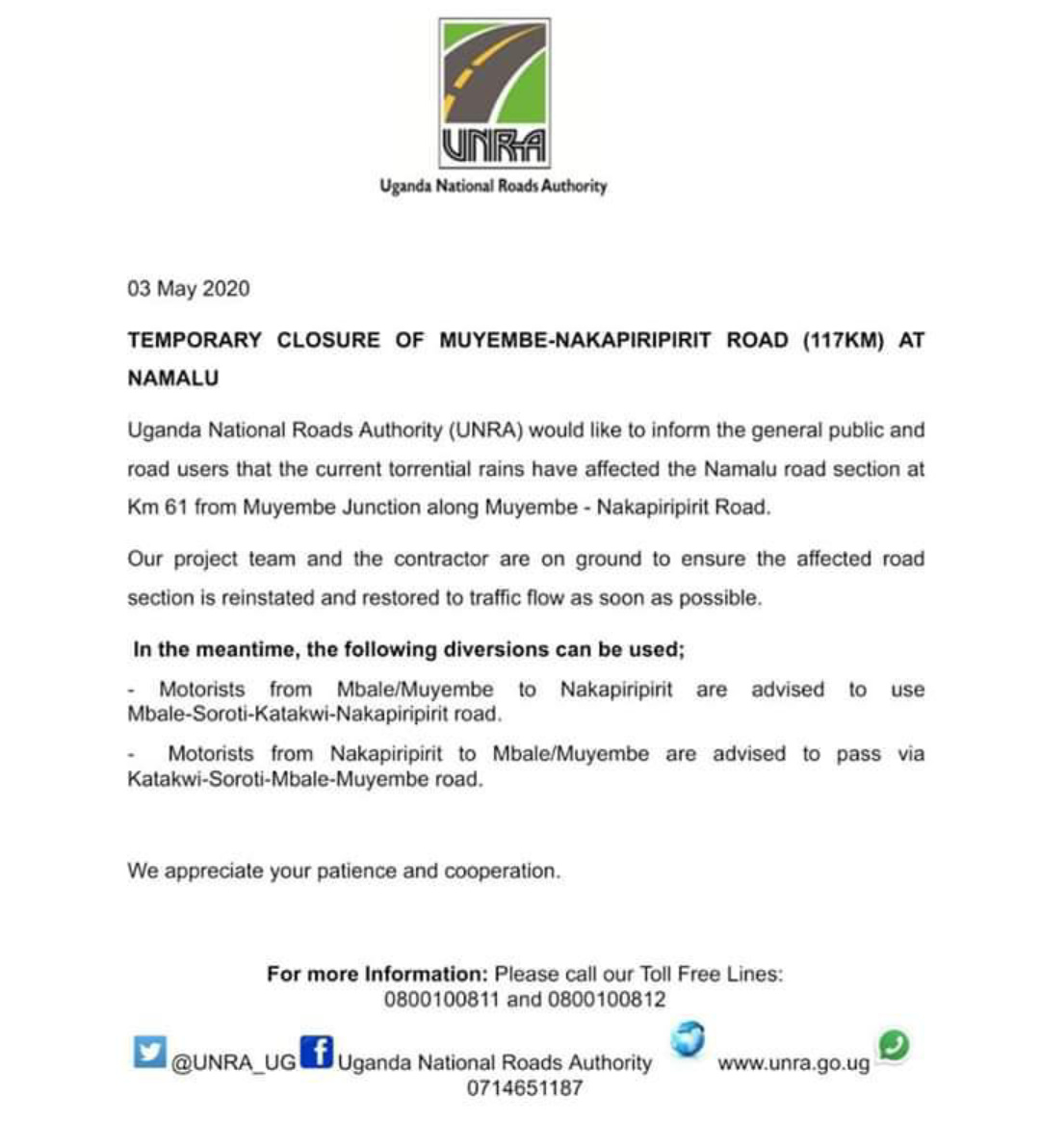 UNRA in a letter dated Sunday, May seen by PML Daily says “Uganda National Roads Authority (UNRA) would like to inform the general public and road users that the current torrential rains have affected the Namalu road section at Kilometer 61 from Muyembe junction along Muyembe, Nakapiripirit road.”

It added “Our project team and the contractor are on the ground to ensure the affected road section is reinstated and restored to traffic flow as soon as possible. In the mean time, the following diversions can be used, motorists from Mbale/Muyembe to Nakapiripirit are advised to use Mbale Soroti,Katakwi to Nakapiripirit same to the motorists from Nakapiripirit to Mbale can use Moroto, Soroti road.”