Tumwine said this on Friday, May 1, 2020 while visiting the field teams at Kasokoso slums under Wakiso District.

He hailed them for being in service of humanity and putting a smile in their service.

The Minister urged the civilian counterparts in the teams to persevere the challenges they may encounter in the process of executing their duties adding that the exercise provides an opportunity for them to train in important survival skills and make them better people.

Furthermore, he said the government is committed in ensuring that the teams are properly sustained and facilitated to do their work. He promised that all those participating in the food distribution would be given an allowance.

“There was a bit of delay but money has now been approved and released. Allowances are now being worked on as well as protective gears,” said Gen Tumwine.

The General particularly thanked the drivers who were pooled from different ministries for accepting to be detached from their family to camp at Shimoni Demonstration School and East Kololo Primary School through the period of the food distribution.

“We appreciate that you have been able to stay away from your families for this work,” said Gen Tumwine.

Tumwine also said that there are relief arrangements for the troops who have been taking part in the distribution and that there is already a fresh force identified to that effect. He noted that the teams had covered over 50% of the intended beneficiaries in Kampala District and gradually rolled out to selected areas of Wakiso and Mukono Districts.

“We have not rushed to go to Mukono. We started with Kampala and into the neighbourhoods of Kampala on the Wakiso and Mukono sides because all the people are hungry,” said General Tumwine.

He added that there had been delays in food supplies that have now been resolved and the available food is adequate to handle areas beyond Kampala District. He also noted that government has been very keen on ensuring the best quality of food for the distribution and that is why the National Bureau of Standards examines all the foods in the stores before issuance to the public.

He thanked the local leadership for their vigilance on the fight against COVID-19 and urged them to continue the routine of registering all people around their areas of affluence and ensuring adherence of the guidelines on prevention of the spread of COVID-19.

The minister was accompanied by among other people Brig Gen Julius Biryabarema who is the Commander of the distribution teams and Col DR Lumumba the in-charge of the security of the teams. 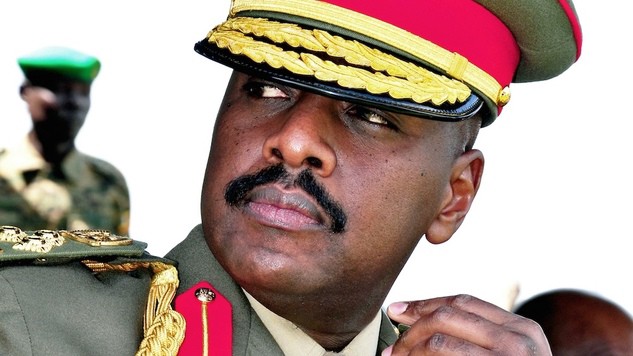