JINJA — President Yoweri Museveni has on Sunday April 19 inspected the extent of damage caused by a 16-acre moving island that partly blocked Nalubale Bridge and also moved towards the dam causing a power blackout last week.

President Museveni in a company of Energy and Mineral Development minister Mary Gorette Kitutu made a surprise visit at the dam and commended UPDF, NEMA among others for the jobs well done.

“I can see works on the ground to contain the movement of this island and restore normalcy,” he said. 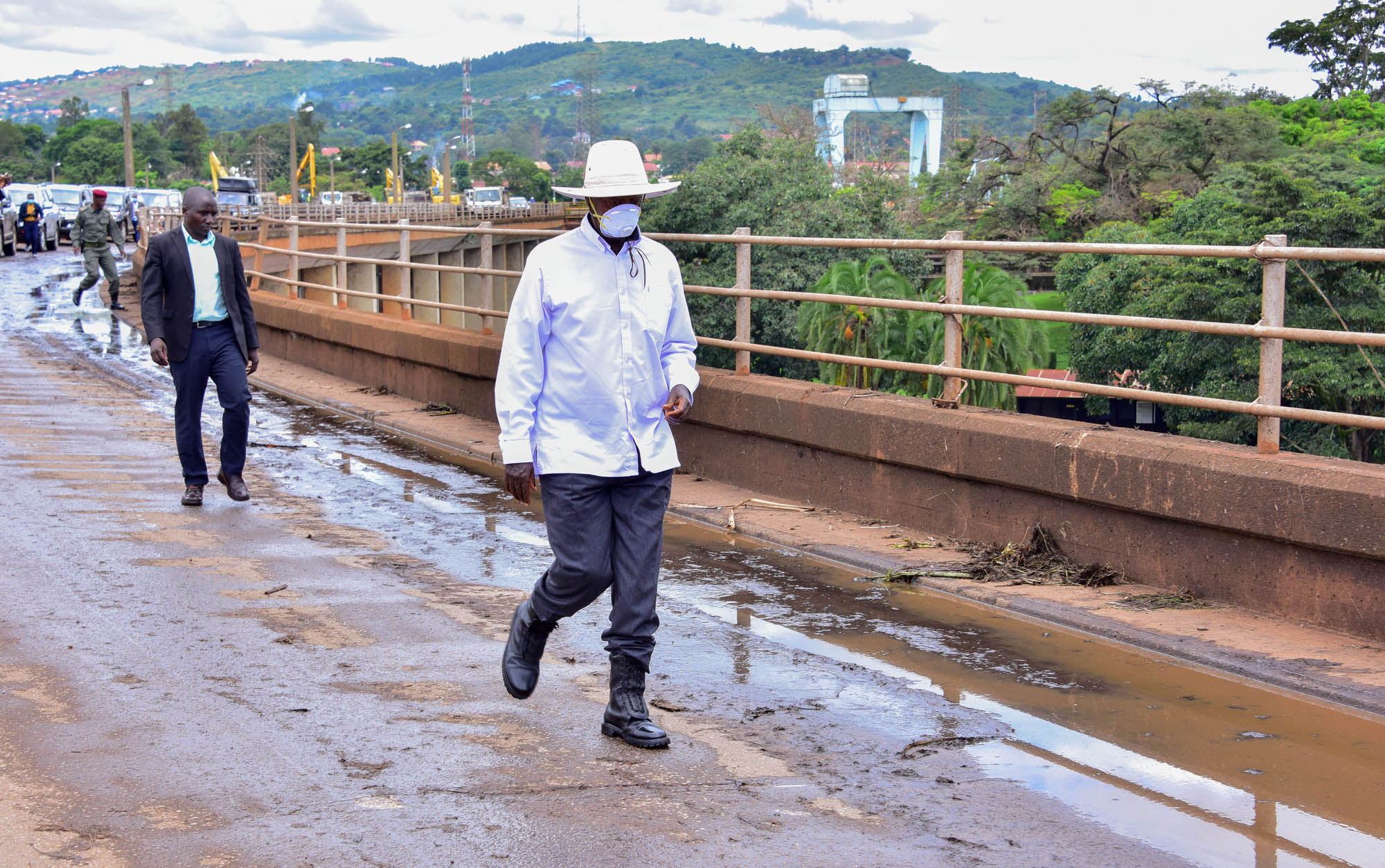 “Concerted efforts from NEMA, UPDF, National Fisheries Research Institute, UNRA, MAAIF and Ministry of Works have enabled us to push the moving island from its risk location to the bay near Jinja pier,” he added.

The islands previously located at Kirinya side of the lake broke and blocked Nalubale bridge, causing a nationwide blackout last week. 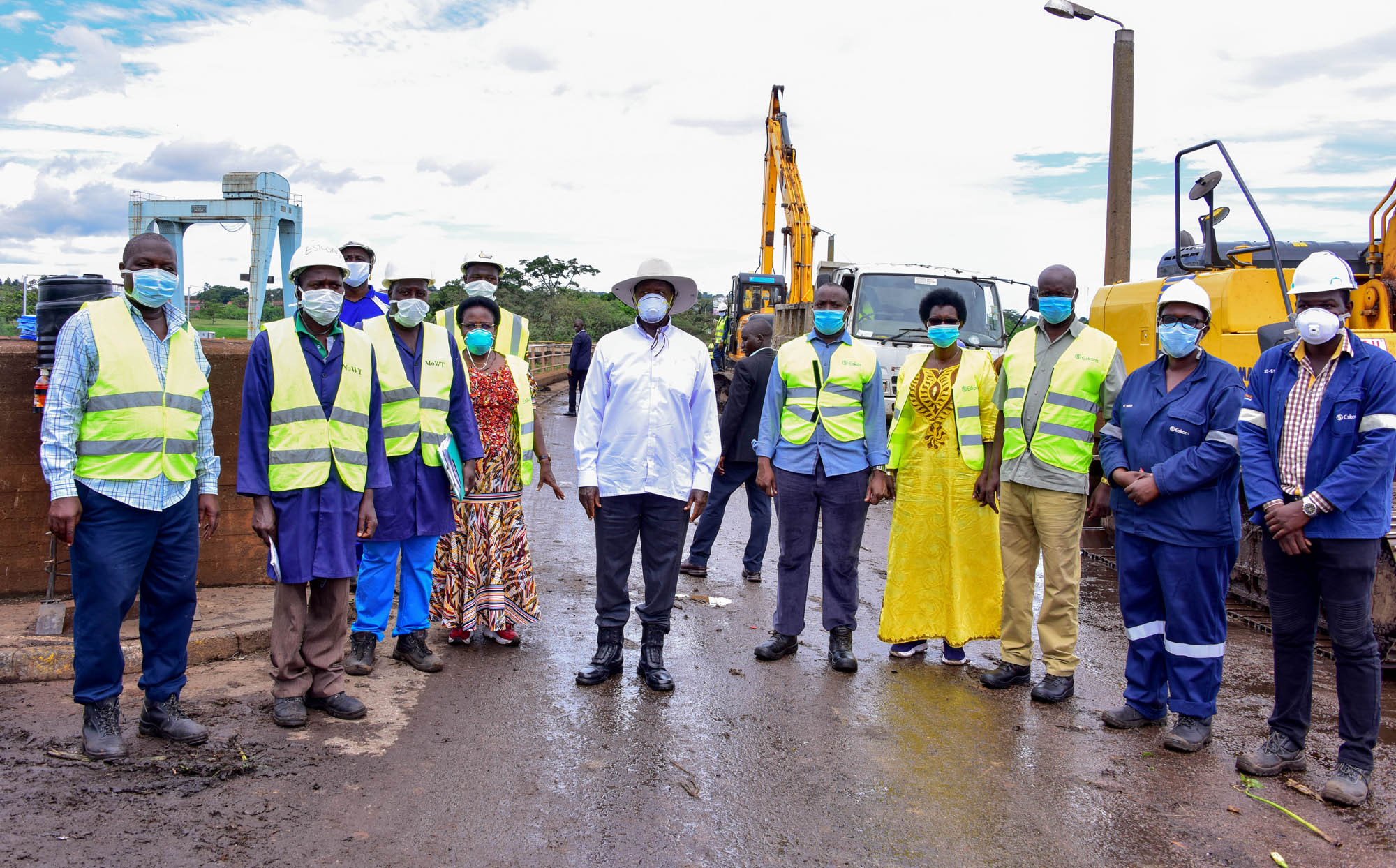 The larger part also moved out enroute the dam on Friday night but got anchored opposite the Jinja pier, officials said.

According to the debrief to the President, the situation has been attributed to the rising water levels which have reached the second highest ever since Uganda started keeping records.

The highest having been recorded in 1964. 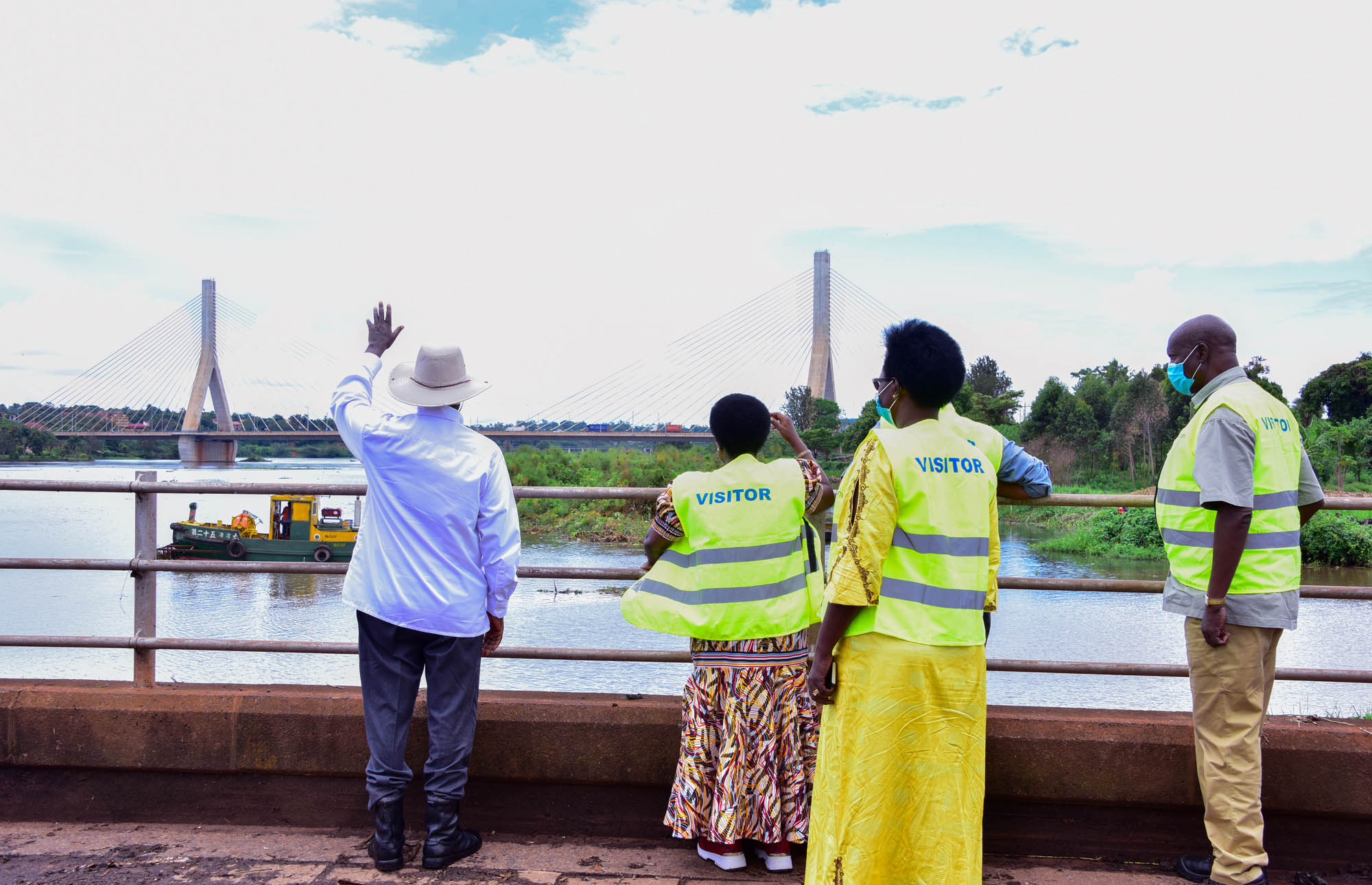 “The Silt from the vegetation blocked turbines which affected power generation and will be removed mechanically using excavators and Tippers from Uganda Rapid Deployment Capability Centre (URDCC) and ministry of works,” he said

Mr Bekunda said there is another floating island about 7km away floating towards the dam and needs to be blocked using a wire mesh before it reaches the Dam to cause more damage. 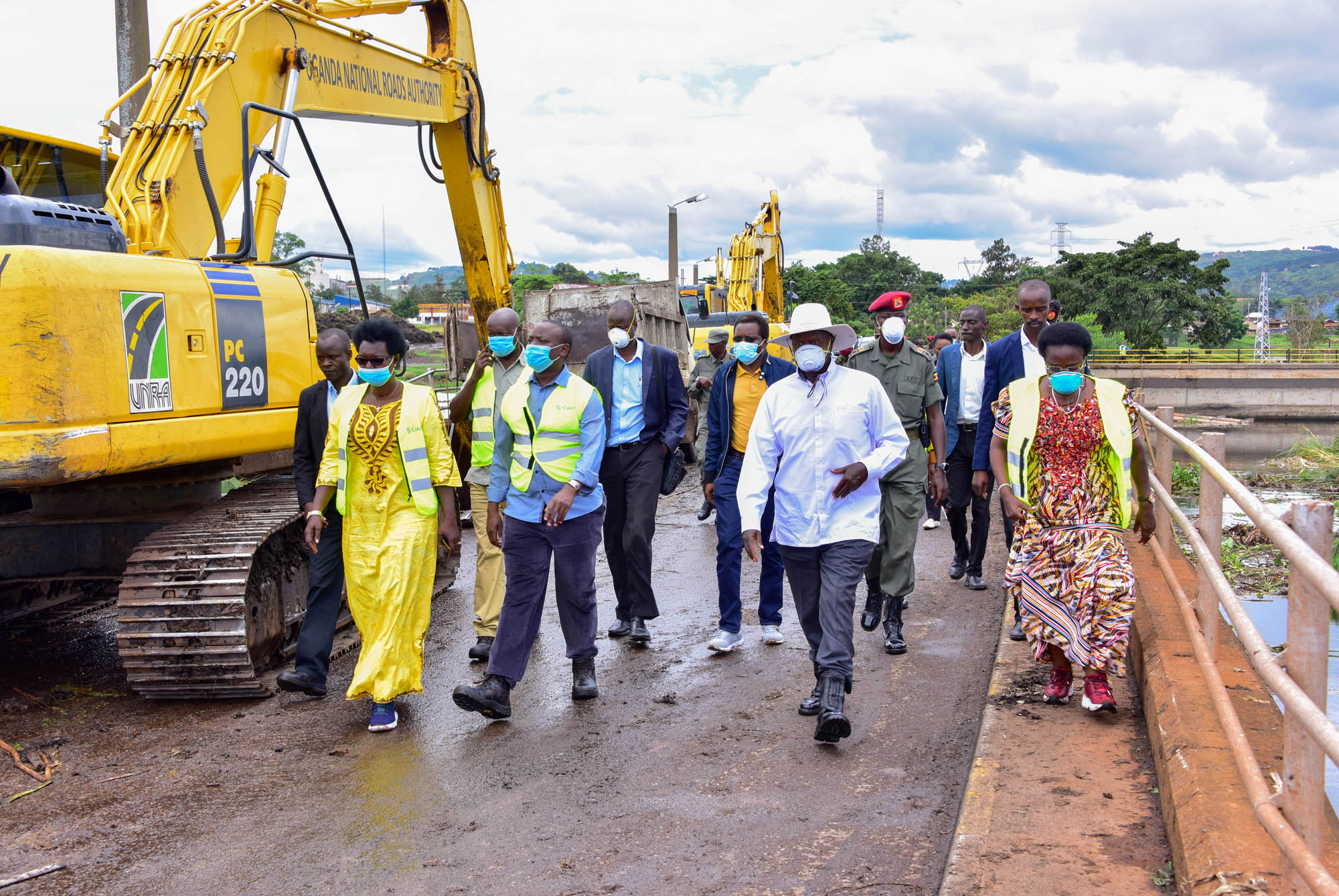 “All this is due to the increasing water levels of lake Victoria due to heavy rains and human activity”. He said.