KAMPALA – A nationwide power outage has reigned on the party for the much awaited address of President Museveni to the country.

The President was set to announce new measures on Tuesday at midday, as the country battles the spread of the novel Coronavirus, taking drastic measures to halt the infections.

The country is all ears for the president’s address, which has been pushed to 1.pm, Press Secretary Lindah Nabusayi said on Twitter. She said the President was still receiving briefing from the government taskforce. 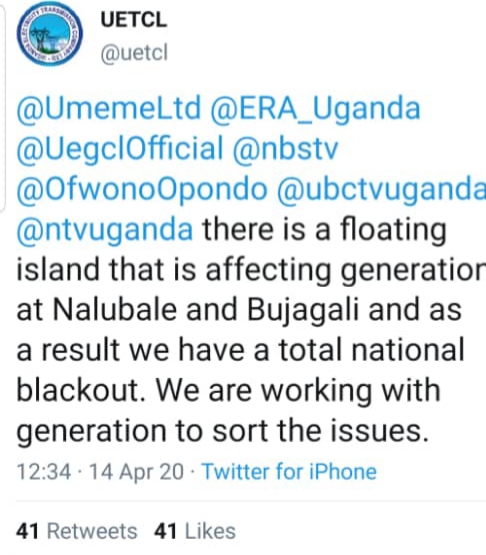 Senior Press Secretary Don Wanyama said the outage was a national problem.
According to UEGCL, the national power distribution company, there is a floating island that is affecting generation at Bujagali power dam and Owen falls dam, Nalubaale and due to this, the electricity supply is not possible and the whole country is in a total blackout.