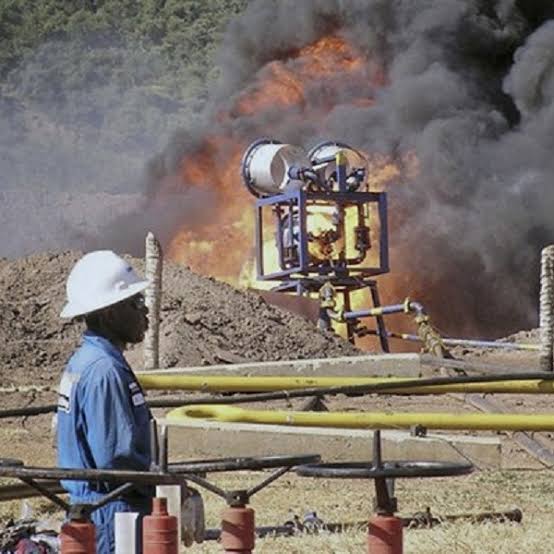 KAMPALA — The government has halted geothermal drilling at the three major locations including Kibiro in Hoima, Panyimur in Pakwach and Buranga in Bundibugyo district after spills created panic in Hoima.

This was after local leaders of Kibiro in Hoima raised concerns over what they suspected to be oil spill in their region after a geothermal exploration hole exploded, letting off spillage into the village and Lake Albert.

But, Energy and Mineral Development Ministry Permanent Secretary, Robert Kasande has ruled out an oil spill scare because the ecology was not even affected since the aquatic species did not die.

“Whereas what happened in Kibiro is almost similar to what happens during an oil spill incident, “it may be erroneous to dub the incident an oil spill,” he adding that, “this is because of the composition of the observed materials that were released into the environment – predominantly sand/water/clay from the subsurface while oil is in trace levels mainly recognizable by the characteristics of hydrocarbon smell.”

“Unfortunately, as a project challenge, during the drilling of the eighth and last well on the night of March 29th,2020 a blow-out happened which resulted in an uncontrolled discharge of gas, drilling fluids, geothermal fluids and sediments,”Mr. Kasende.

The place had an unpleasant smell characteristic of hydrocarbon spillage, the findings show, he wrote.

Additionally, Mr. Kasande wrote that a house belonging to a one Kiiza Julius Rubanjwa located approximately 60m downstream from the well towards the lake was surrounded by a mixture of clay, drilling mud and sand (effluent) and his pit latrine was filled by mud fluids that flowed from the well.

When the incident happened, he explained that the ministry dispatched officials from the Directorate of Geological Surveys and Mines, Ministry of Water and Environment, National Environment Management Authority (NEMA) to assess the situation.

Others were picked from the Petroleum Authority of Uganda (PAU), Environment Protection Police Unit, Health Safety and Environment Unit, MEMD, Hoima District Local Government and the Senior Presidential Advisor on Oil and Gas and Mining.

He noted that the Ministry of Energy regrets the incidence and is addressing the environmental cleanup and remedial mitigation efforts to restore the environment based on relevant expert recommendations and the technical advisory committee.

“Ministry of Energy and Mineral Development is committed to supporting a culture of effective stakeholder and community engagement to enhance decision-making processes and to embed the practice as an integral part of its operations,” he added.