The newly created fact-checking unit at UCC will verify content posted on various networks including blogs, Facebook, WhatsApp, Instagram among others and identify where media is false or misleading.

The fact-checking initiative is an extension of the media verification efforts UCC has built through its long history of providing regulating the sector. UCC will now assess the authenticity of user-generated photos, videos, headlines and other content on social media platforms—during the coronavirus pandemic.

In the recent past, there has been a surge in false information online, taking advantage of people’s fears and anxiety about COVID-19

Misleading information purporting to be useful tips has gone viral, including the claim that holding your breath is a method to test for the virus, or that gargling salt or liquor can prevent infection. Acting on such unofficial and unproven information can put the lives of unsuspecting members of the public at serious risk.

Eng. Irene Kaggwa Sewankambo, the Acting Executive Director at Uganda Communications Commission, says “disinformation is often not a mistake but rather deliberate creation and sharing of false or manipulated information with the intent to deceive and mislead audiences, either to cause harm or for political, personal or financial gain.” 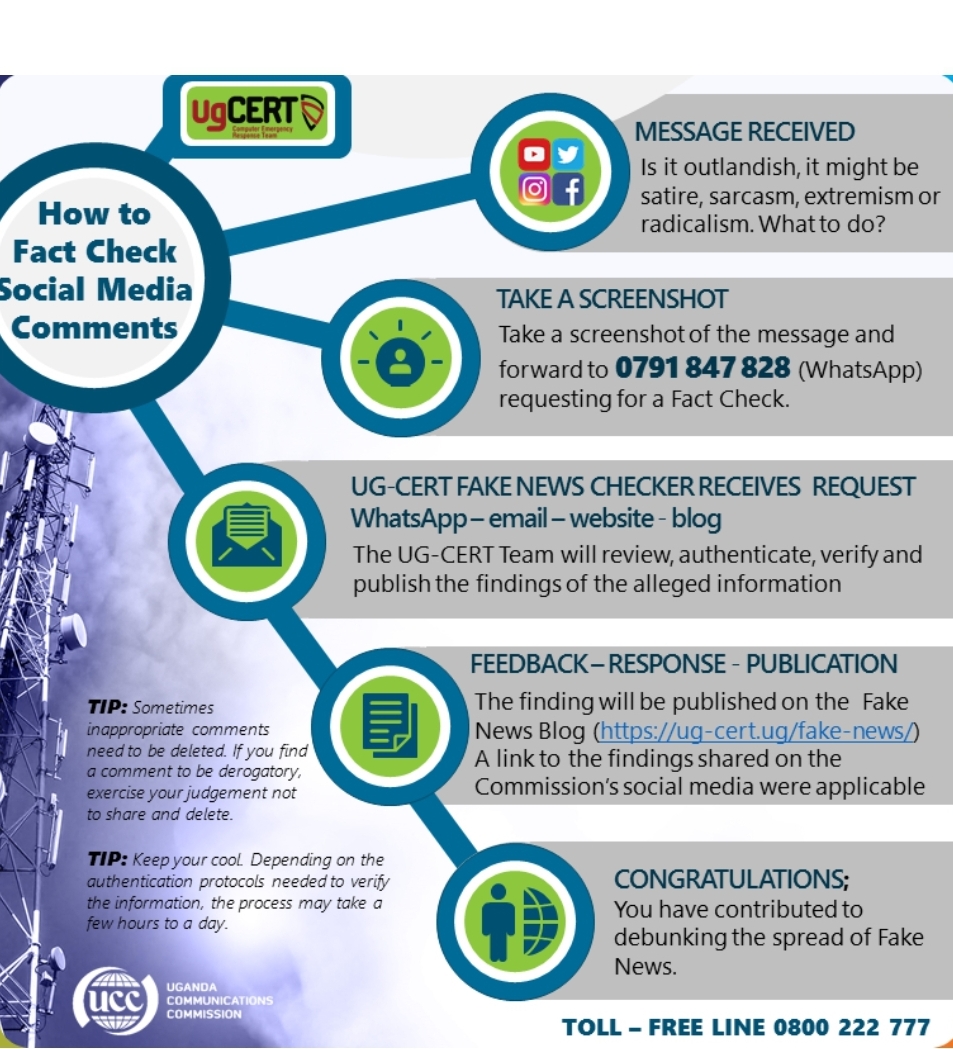 The UCC, through its UgCERT (Computer Emergency Response Team), says it is committed to fighting against “fake news” in line with its mandate to set standards, monitor, and enforce compliance relating to content.

In collaboration with different Government authorities and agencies, the UCC adds that it will work to protect members of the public from false, misleading and thus potentially dangerous information.

Research has shown that the more a claim is repeated, and shared, the more likely it is to be believed.

Accordingly, over the coming months, the UgCERT team will fact-check suspicious information and push sources of false claims to correct the record.

“Deep in our hearts, we all hope that our beliefs are based on facts, rationality, and a nuanced balance of conflicting perceptions of reality. The desire to validate our beliefs is so strong that we tend to see only the evidence that confirms or reinforces our core views. Nevertheless, in public discourse, facts are frequently evoked as stable foundations to refer to in times of need”.

UCC has alsoadvised the public to be vigilant and to exercise due diligence by verifying the authenticity of any news stories or reports from unofficial sources before believing and acting on them.

A request to check a piece of information can be sent to 0791 847 828 (Whatsapp); Email: factcheck@ucc.co.ug; Blog: https://ug-cert.ug/fake-news/ for verification and fact-checking.

Individuals who deliberately create, publish and distribute “fake news” are warned to desist from the habit as it is a criminal offence under the Computer Misuse Act 2011 and other laws. 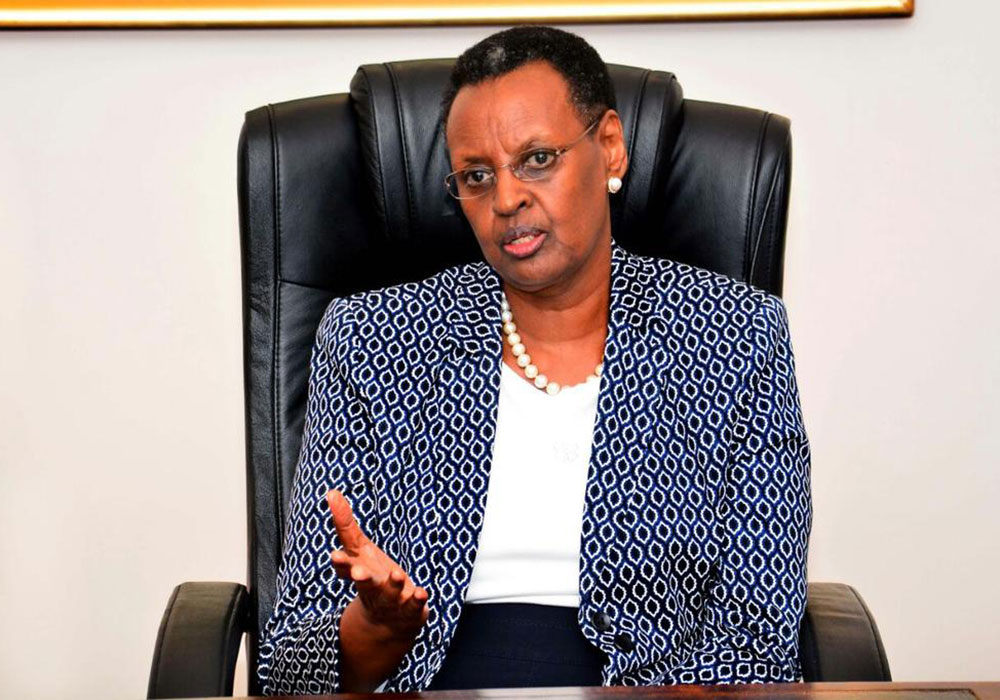