According to Mr Onyango, Jinja Road Police officers intercepted a driver only identify as Julius at the check point with a forged sticker and on interrogation, he revealed who sold him the sticker.

“Yesterday April 24,2020 Julius led a team of detectives from Jinja Road Police Station to Namungona Zone 1 at Luyinja area where Dickson Mugarura was arrested at his home,” Onyango narrated in a statement.

He added that after a search of Mugarura’s premises, police recovered 29 forged COVID19 car stickers.” 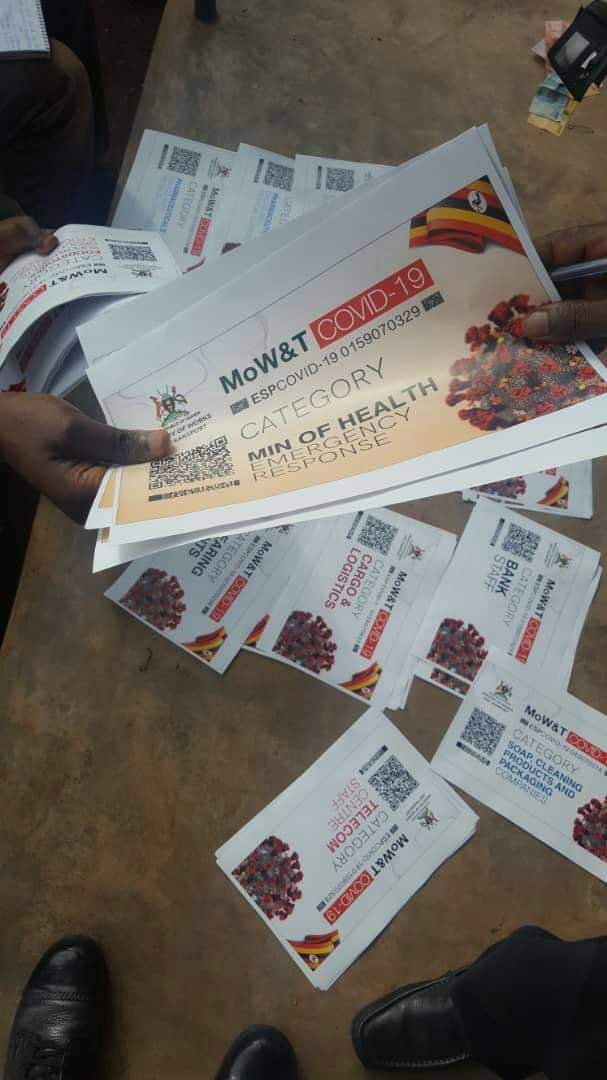 “We appeal to members of the public not be deceived into buying forged stickers because our officers are on the look out for culprits,” he said.